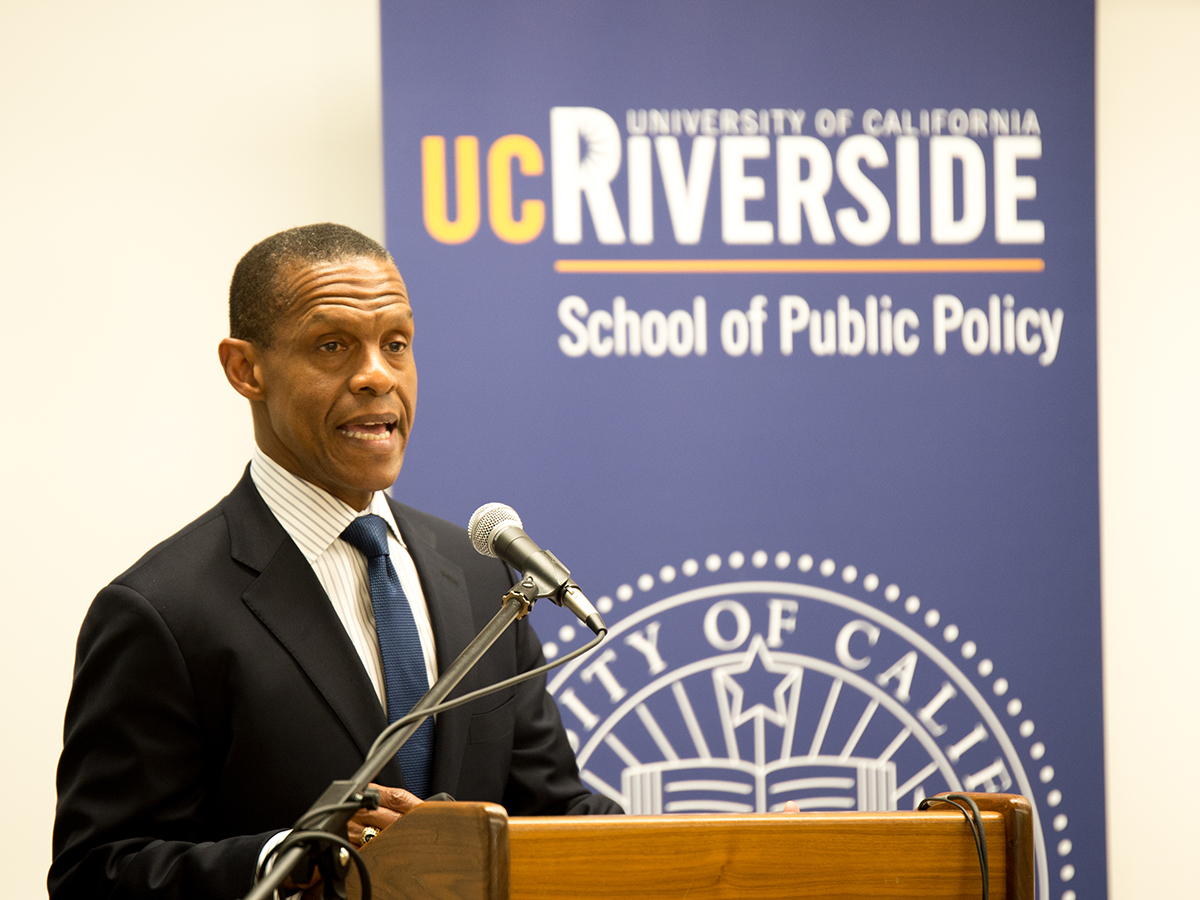 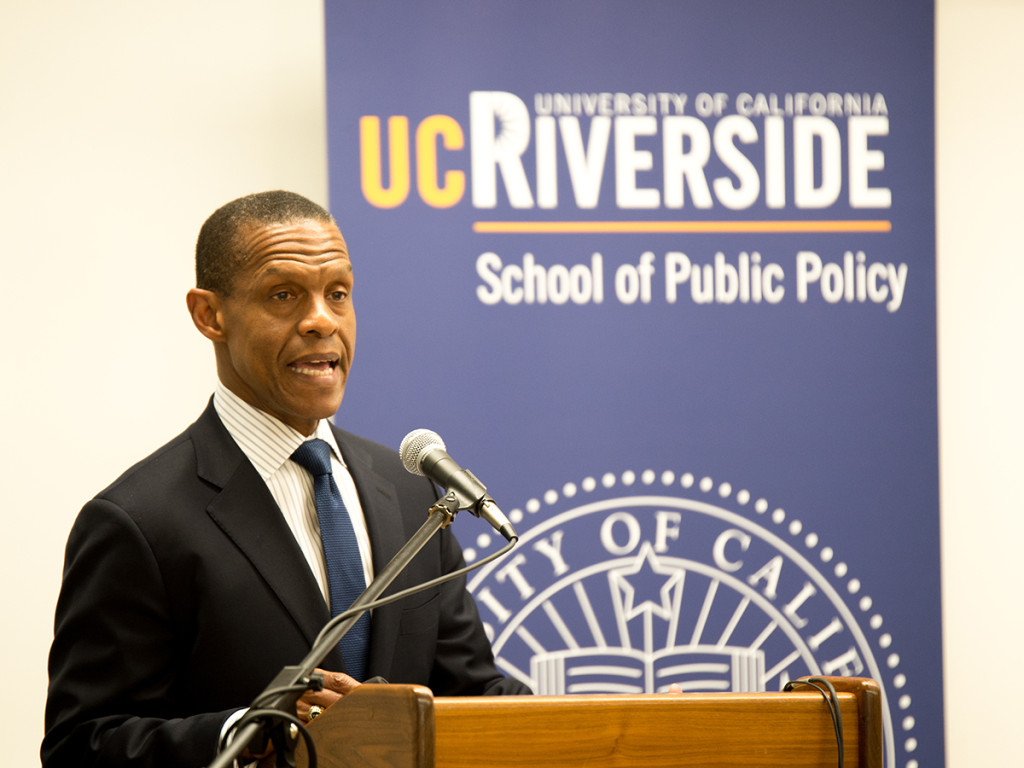 On Wednesday, May 11, UCR’s School of Public Policy (SPP) hosted a lecture given by Erroll Southers, adjunct professor of homeland security and public policy at the University of Southern California (USC), in CHASS Interdisciplinary South 1113. SPP career counselor Brian Nakamura introduced Southers for the evening’s event.

Southers also serves as the director of the homegrown violent extremism studies program at USC. The professor is a former FBI special agent and has testified before Congress on various homeland security matters. In addition, he previously served under Governor Arnold Schwarzenegger as the Deputy Director of Homeland Security, and was President Barack Obama’s nominee for assistant secretary of the Transportation Security Administration.

Southers began his talk by emphasizing the fact that “the threats that we are dealing with … the challenges we face are sometimes closer than we think,” citing his FBI experience where he had to face racial injustices, as well as the loss of close friends on 9/11. He expressed his concern with how difficult it is to define the word “terrorism,” admitting, “you will not find two federal agencies in this country that have the same definition of terrorism.”

Southers added that with this ambiguity in both the United States and abroad, being unable to identify and classify terrorism “is a huge problem and dilemma.” In an effort to address this uncertainty, Southers delineated the characterization of terrorism to three specific criteria, namely “the essence of the activity, the targets, and the objective.” He explained how terrorism, in its essence, is politically motivated violence, with innocent civilians being the targets.

The issue with not being able to define terrorism, according to Southers, is that “there are acts of terrorism happening around the United States that you don’t hear about because we suffer from this disease I call ‘otherism.’” He explained how “otherism” misinforms and skews the public perception of terrorism and is a condition where the public is more comfortable with a threat being perceived as from a different race, creed or nationality.

When the threat is “one of us” as Southers explained, “we tend to shy away and call (the terrorist) as a lone gunman, or someone suffering from a mental illness.” To illustrate this innate double standard, Southers emphasized how the public is unaware about the Austin, Texas suicide attack on a federal building committed by Andrew Stack, who flew an airplane into the building in 2010. Southers jokingly pointed out that “if his name had been Andrew Mohammed … you would all know who he is. And that’s what I mean by ‘otherism.’”

To further emphasize this “grey area” of how difficult it is to not only define terrorism, but profile the individual or organization involved with acts of terror, Southers discussed the background of “hybrid terrorists,” or terrorists with unconventional backgrounds. For example, Tamerlan Tzarnaev, who was one of the terrorists involved with the Boston Marathon Bombings in 2013, had a connection to Muslim extremism. But, as Southers explained, Tzarnaev was also an neo-Nazi Holocaust denier, as well as “a second amendment advocate, and said that the government was raping our gun rights.” Southers gave insight into Tzarnaev’s background to illustrate how “there is no profile” for these terrorists.

Still, Southers was hopeful in the ability of the everyday citizen to challenge domestic terrorism, emphasizing the need to “take action” when “something doesn’t look right.” He further stated the overall importance and need to educate oneself on what is happening around the world.