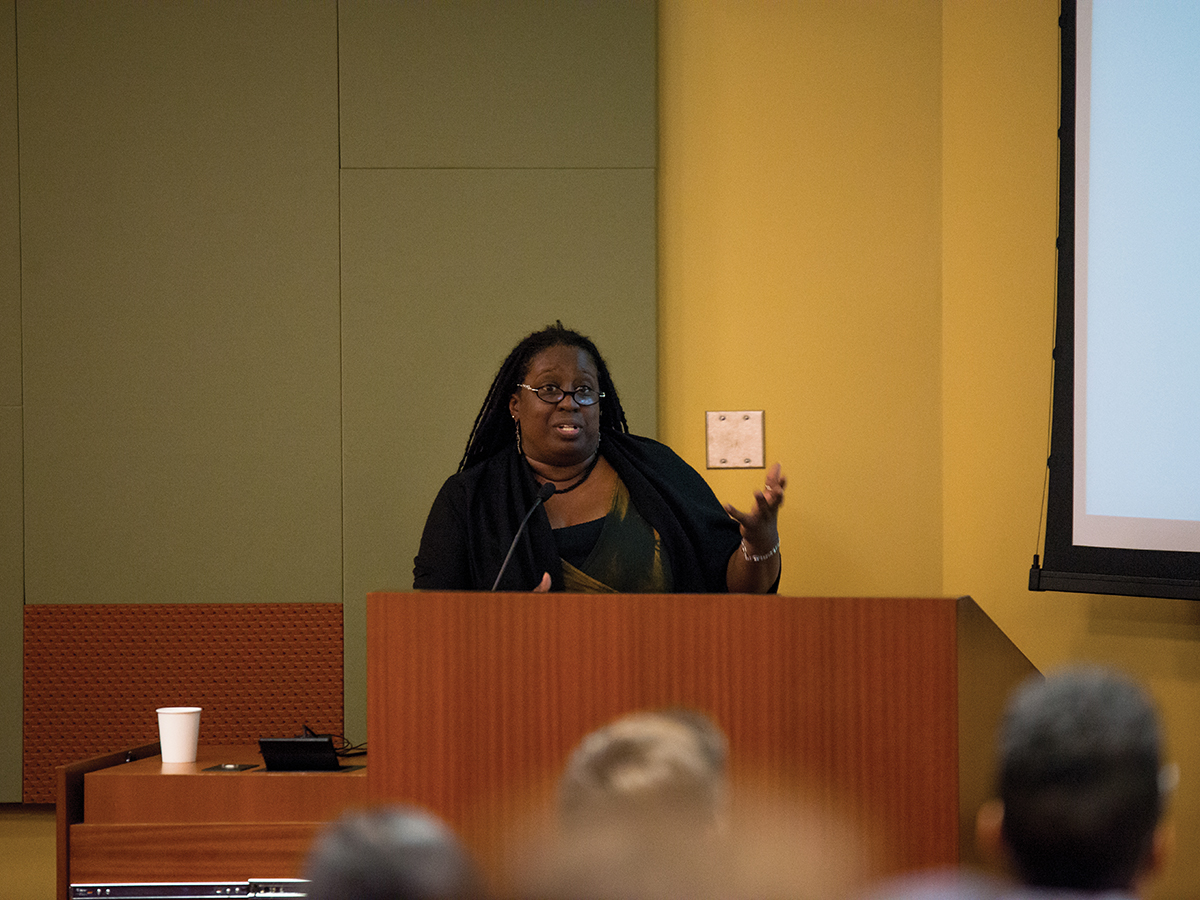 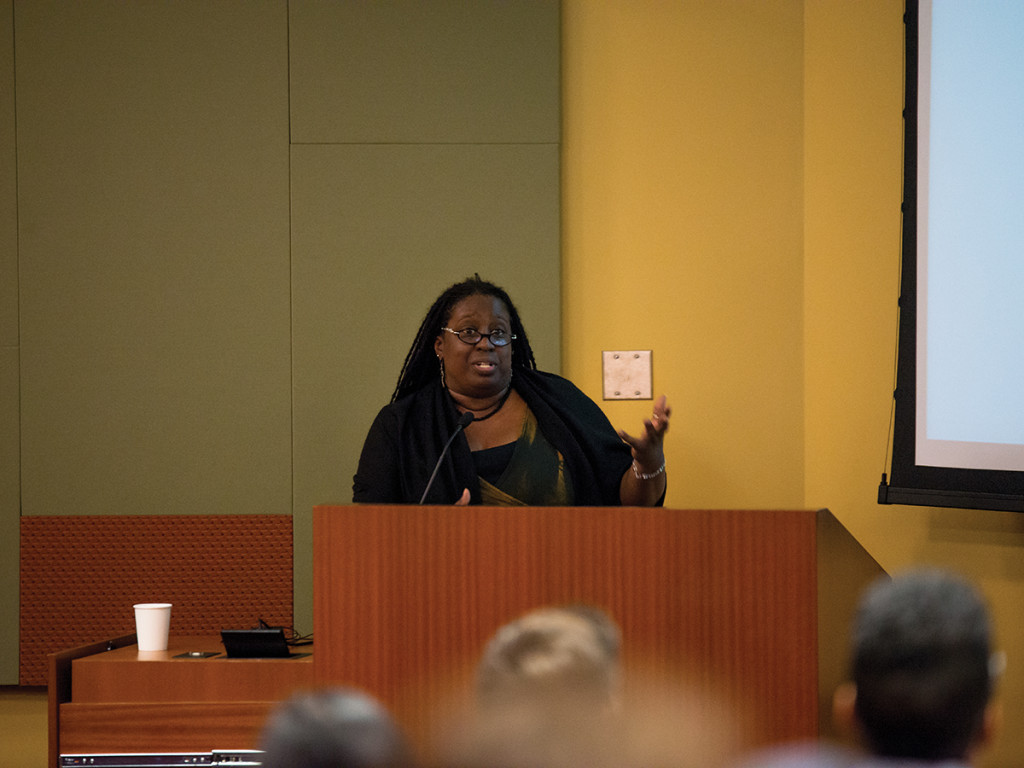 On Wednesday, May 11, environmental justice activist, Jacqueline Patterson, spoke to UCR students and staff about the impact of pollution and climate change on communities of color and low-income communities. Patterson, who spoke in Genomics 1102A, is the director of the National Association for the Advancement of Colored People’s (NAACP) Environmental and Climate Change Program, as well as the coordinator and co-founder of Women of Color United.

Patterson was introduced by the president of the Riverside branch of the NAACP, Waudieur E. Rucker-Hughes, who described Patterson as a “dynamic and authentic woman of substance…(who) each and every day (is) inspired to motivate others and energizes all to do something significant for the world.”

Following the introduction, Patterson opened her speech by providing a background of the Flint water crisis to serve “as an entrypoint to the structural inequality that results in some communities being more impacted by social justice and environmental justice than others.”

She explained that the waterways in Flint had already been heavily polluted with toxic sludge as a result of municipal underregulation before the crisis. Despite this, major auto industries, such as General Motors (GM), continued to invest in Flint’s economy. However, following the water crisis — when drinking water became contaminated with lead — auto industries began to divest from the area, which led to the loss of 80,000 jobs, according to Patterson.

Patterson listed the impacts of the Flint water crisis on its predominantly African-American citizens (who are 56.7 percent of its population). Direct impacts included brain damage and skin rashes, while indirect impacts included a “school-to-prison pipeline.” Patterson said that there is an “interconnectedness between the environment, education and (the) criminal justice system” because underinvestment from companies like GM leads to cities having less money for schools and incidentally leads to higher dropout and juvenile delinquency rates.

Patterson also discussed the high food insecurity in Flint that happened as a result of the water crisis. Citizens have to depend on corner stores, which sell foods that are packaged and untouched by the local water. However, these foods are high in sodium, sugar and preservatives.

As a solution to these problems, Patterson proposed four steps that citizens can partake in: resistance, resilience, reclamation and revolution.

For resistance, Patterson urged listeners to document what happens in communities and use these resources as an advantage to project our voices.

Patterson said that impoverished communities should be resilient by “(coming) together with community meetings, such as for community gardens.” She mentioned how some communities are installing smart meters into homes and solar panels on churches.

For reclamation, Patterson urged every member of disadvantaged communities to make their community environmentally conscious, such as finding new ways to produce their own electricity, clean water and grow their own food.

Finally, Patterson pressed for revolution, which we can obtain by “uniting in terms of our values … and engaging at certain levels.” She used the example of Sustain US, a youth action group that calls for youth to engage in advocacy for social justice.
When asked what vision she has for the future generation, Patterson replied, “I already see a lot (of potential) … like Sustain US, which is youth-led, the Energy Action Coalition, even Black Lives Matter. I see so much brilliance, so much creativity, so much brilliance that youth bring. It’s not only important to think about what to do (in the future) but what to do now, because I see so much power in today’s youth.”