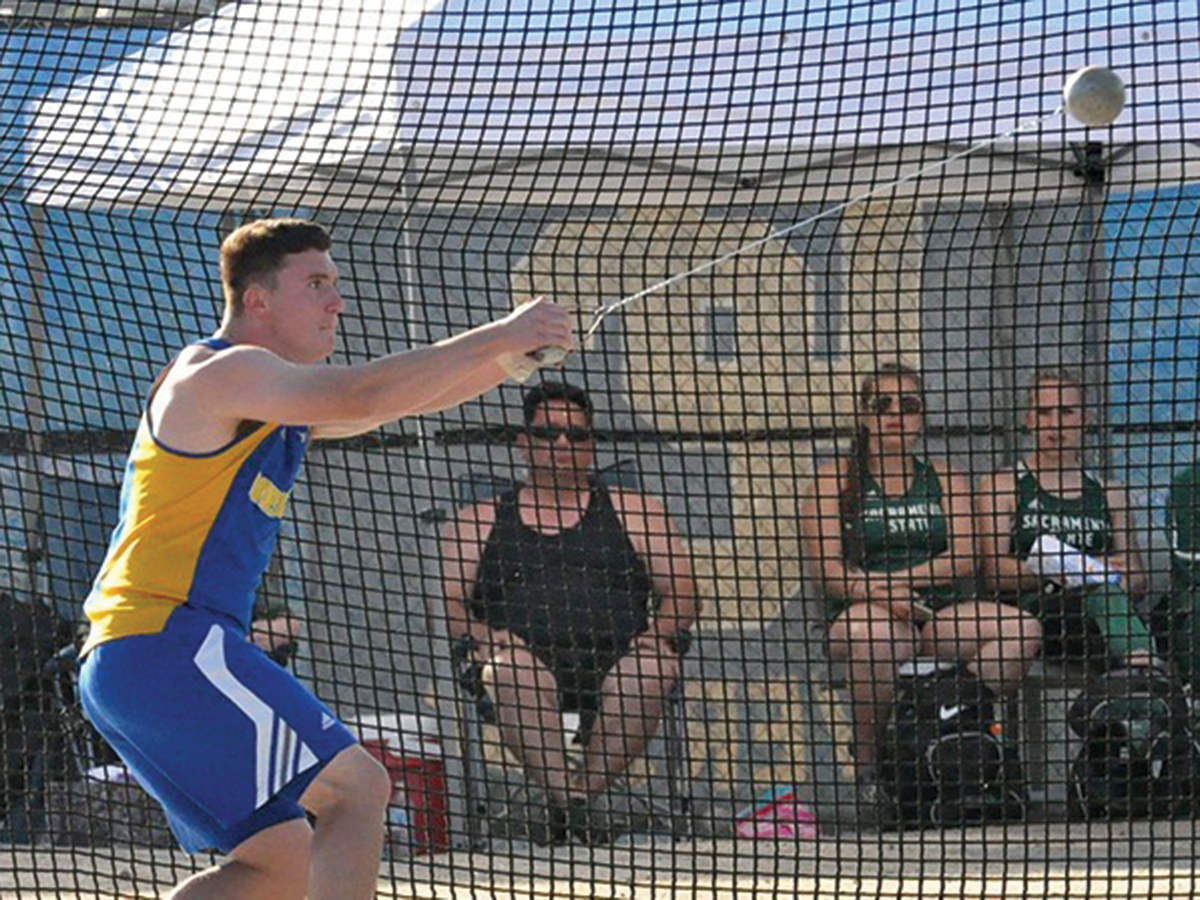 The UCR Track and Field teams sent 11 athletes — three men and eight women —  to the NCAA Track and Field West Regionals, which took place in Lawrence, Kansas from Thursday, May 26 to Saturday, May 28. Many of UCR’s top performers from the Big West Conference Championships — including men’s shot put winner Carl Nahigian — were invited to this tournament with hopes of qualifying for the NCAA Division I Track and Field Championships in Eugene, Oregon.

Due to inclement weather, only one Highlander — Silviu Bocancea in the men’s hammer throw — competed in their scheduled event on Thursday. Bocancea placed 16th with a throw traveling 61.48 meters. Tornado warnings were the main concern for most of the afternoon as the Highlanders were kept in the basement of their hotel for about 40 minutes as rain, thunder and lightning continued well into the evening. Several Highlanders, including 2015 NCAA Division I Champion Vesta Bell, had their events pushed back to Friday.

Three Highlanders participated in the women’s long jump on Friday. Taylor Fleming recorded a jump of 5.89 meters, placing in 21st. Phoenisha Schuhmeier finished in 34th with a jump of 5.74 meters and Jorden O’Neil finished in 38th with a distance of 5.60 meters.

This concludes the 2016 track and field season for the Highlanders, with no one managing to qualify for the NCAA Division I Track and Field Championships, which will be held from Wednesday, June 8 to Saturday, June 11.