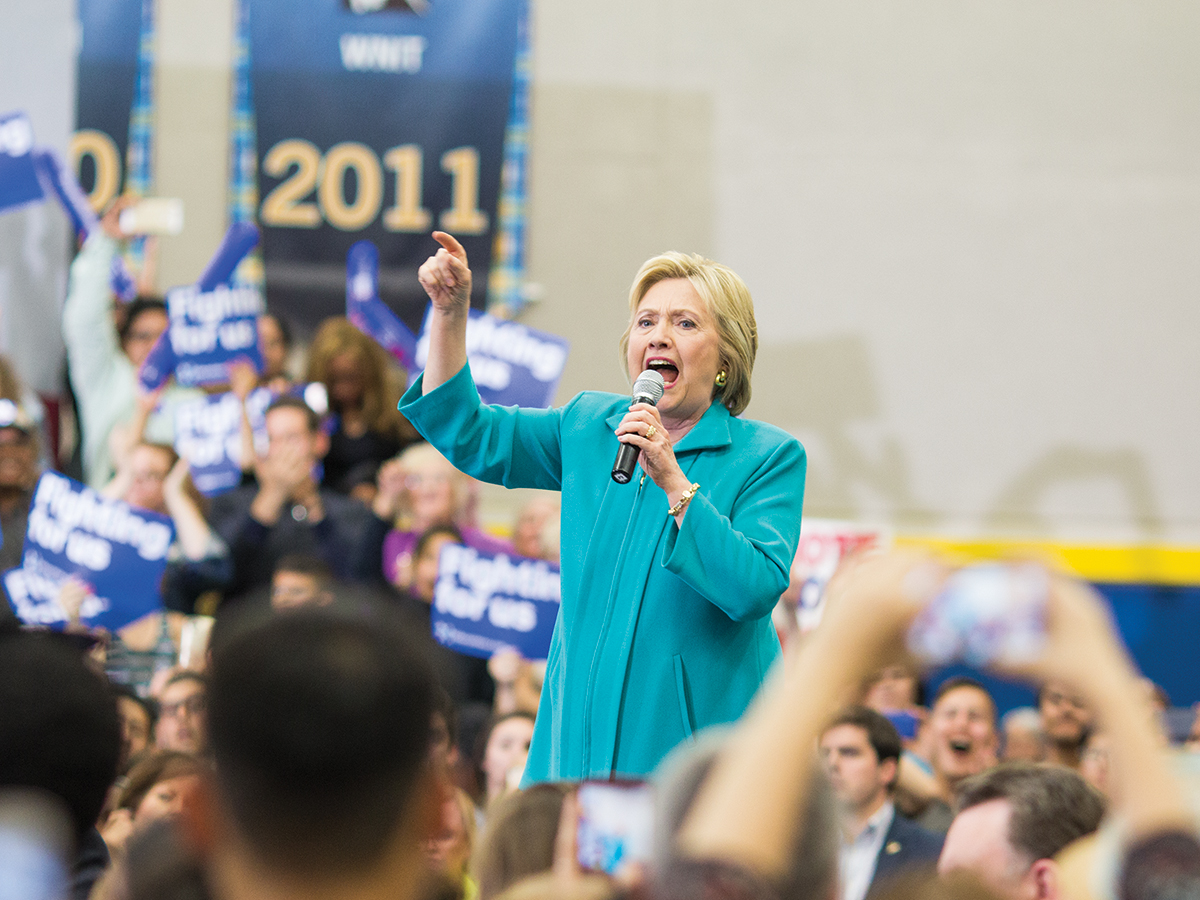 A crowd of over 1,000 people attended a campaign rally for U.S. presidential candidate Hillary Rodham Clinton held in UCR Athletics’ Johnson Family Practice Center on Tuesday, May 20. The former secretary of state spoke on the significance of the UCR community, advocated for women’s rights, discussed the risks of electing Republican presidential candidate Donald Trump and promoted her economic policies.

Clinton began by focusing on raising the minimum wage, the gender wage gap, unemployment and accessibility to education. “We have to make sure education is available and affordable to everyone,” Clinton relayed. “We need to make college affordable so that you don’t have to borrow … and pay off your (student) debt.”

In addition, Clinton expressed support for free community college in the United States, a proposal that President Barack Obama made in February of 2015. “It’s not only about improving a four-year university education, we need to support more technical education and more union apprenticeship jobs,” Clinton concluded.

Outside of the center, approximately 30 protesters, including students affiliated with the “Highlanders Against Hillary” campaign, faced off with counter-protesters before and during the candidate’s campaign speech. Many of the chants stated: “As people of color under attack, what do we do? Stand up fight back!” and “The prison system’s broken. Our people are not your tokens!”

History Ph.D. student David Chavez explained his criticism of Clinton stating, “In terms of the democratic party, which she represents, which she is spearheading, (it) is a party that continues to … privatize everything in our everyday life and really support capitalism and global imperialism around the world.”

One of the counter-protesters, Guy Harrell, was critical of the protesters’ tactics, claiming they weren’t open to creating a dialogue. “If you don’t want to be here for a dialogue then why be here in the first place,” Harrell questioned, “The whole purpose of speaking in a protest form is that you’re giving some type of information or bringing some sort of idea.”

Clinton’s stop at UCR was one of two events her campaign held in California on Tuesday, as she spoke in Commerce earlier in the day.