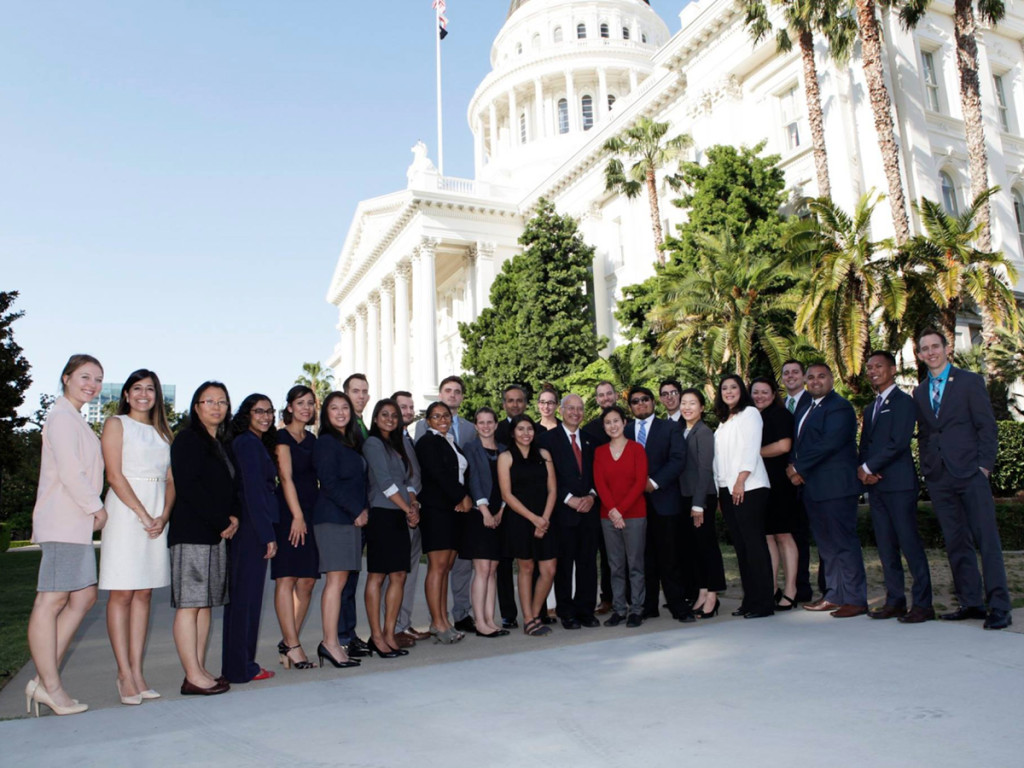 A group of students from the UCR Master’s of Public Policy Program (MPP) went to Sacramento to meet with state leaders at the capitol. The group of students were able to talk to state officials such as Assemblymember Eduardo Garcia and Secretary of State Alex Padilla. A reception was then held in recognition of the recipient of the inaugural School of Public Policy (SPP) Innovator Award, which was awarded to assembly speaker Anthony Rendon.

To end the day, a reception was held to present the SPP’s first Policy Innovator award.

Dean of the SPP, Anil Deolalikar said, “One of the ways in which the UCR School of Public Policy distinguishes itself from other policy schools is by addressing issues that are important locally and statewide, from water management to immigration policy to health care and education.” He also elaborated on how this helps the students since, “The Sacramento visit will add a critically important experiential element to our students’ education in how policy at the state level is actually debated, formulated, refined and implemented.”

MPP student Jesse Melgar coordinated the trip and said, “Putting policy theory into practice is what this Seminar (sic) is all about. Through an intensive day-long program we were able to meet elected leaders and senior policy staff who tackle California’s challenges each day.”

The students were able to return to Riverside on the same day due to the donation of airfare from Southwest Airlines. In a statement to UCR Today, Southwest Airlines Manager of Corporate Community Affairs Lidia Martinez said, “The inaugural cohort of MPP students at the UCR (SPP) inspired us with their vision to take their education into their own hands and design a seminar that connects them with elected leaders, policy professionals and the Sacramento community. We are proud to support the efforts of these future policy innovators.”

Editor’s Note: A previous version of this article incorrectly credited American Airlines with donating the MPP students’ airfare as opposed to Southwest Airlines. The proper change has since been made.