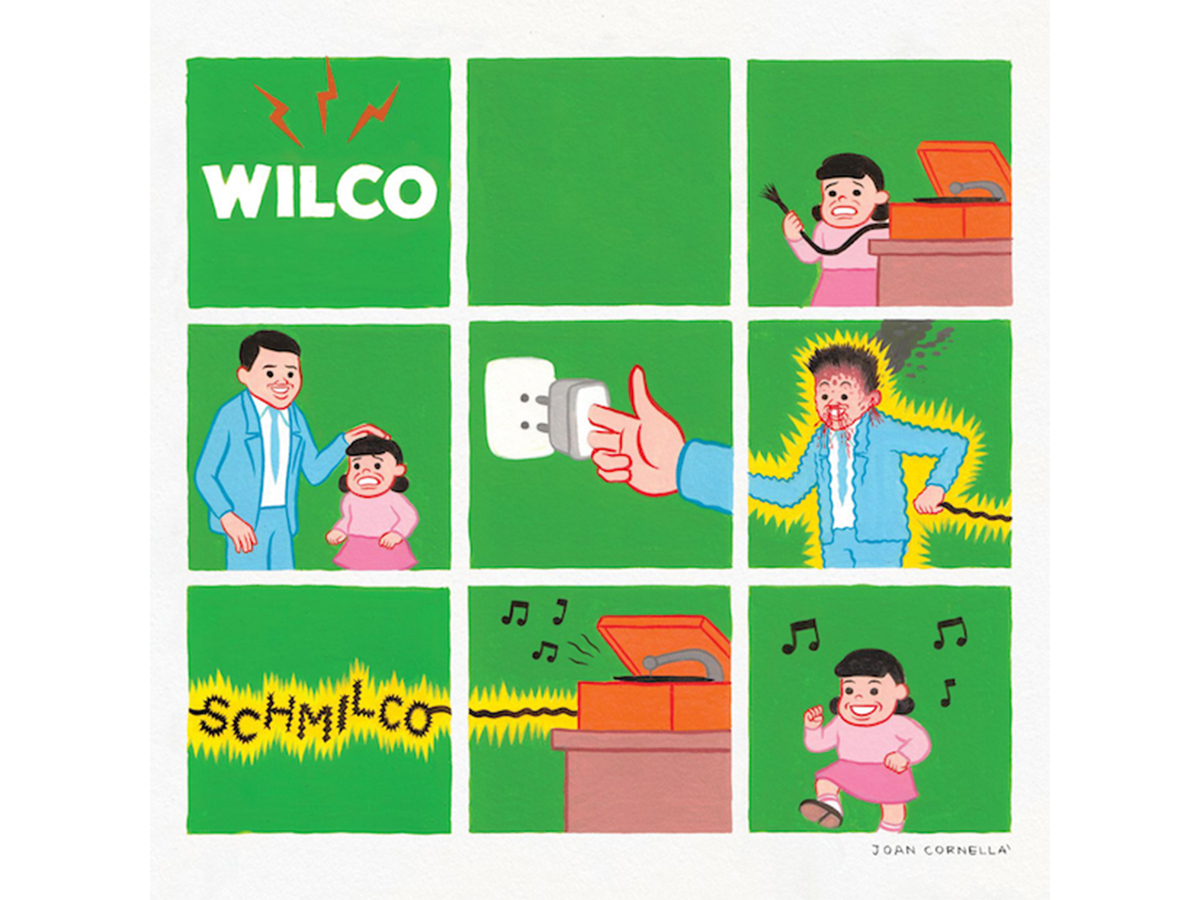 With indie rock as their mainstay genre, you’d expect something cheery and upbeat from Wilco’s 10th studio album, “Schmilco,” especially considering their last album, “Star Wars” was chock-full of vibrant riffs and pulsating drums. Wilco opts to flip the switch this time around with “Schmilco:” a barrage of acoustic guitar-driven music that showcases lead singer and guitarist Jeff Tweedy’s heartfelt and sometimes satirical poignant lyricism.

As a straightforward indie-acoustic rock album, “Schmilco” offers very little variety with a few experimental bits here and there such as the album’s fourth track, “Common Sense,” which is reminiscent of ‘70s psychedelic music. It’s very much a barebones album instrumentally and while not totally terrible, it doesn’t leave a lasting impression with the exception for the few standout tracks on the album.

Indeed what stands out is frontman Tweedy’s use of satire throughout the album. For example, in, “Locator,” Tweedy sings, “Locator sees me swaying through the catacombs / locator hears me whispering in my home,” quipping that the location tracking technology on our smartphones know where we are, whenever we are. Throughout the entirety of the song the protagonist tries to hide from the locator but in the end, he abruptly states, “I love locator everywhere I go / I tell locator everything it wants to know.” It comments on the hypocrisy of today’s rampant technological culture, suggesting that we care about tracking technology and the privacy issues it’s associated with, but in reality we don’t.

Another track, “Someone to Lose,” opposes and mocks the typical love song a la Queen’s “Somebody to Love.” The protagonist of the song wishes on someone, particularly an ex-lover, to someday find someone to lose as opposed to wishing your ex-lover the very best and hope they find happiness. Tweedy inserts some dark humor to mix up the formula of a love song, and it works.

These songs are just some examples of the album’s angsty undertones. But with many of the songs sounding instrumentally the same, Wilco potentially makes it too one-sided and dull. Fortunately they turn it around by having some uplifting songs here and there such as the more vibrant, “We Aren’t The World (Safety Girl),” which infuses quirky keyboard melodies that compliment Tweedy’s more upbeat guitar movement, making it one of the standout tracks on the album. Then there’s the heartfelt, “If I Ever Was a Child,” with Tweedy wondering if his “cold heart can change” and expressing his want for freedom similar to that of a child. These songs brighten the album as a whole, offering a balanced contrast to the record’s downtempo tones.

Overall, the album feels very personal considering its laid-back and barebones approach and the use of Tweedy’s lyrics. It will definitely sound like your general indie music fare, but with over 20 years under their belt, Wilco knows what they’re doing. Tweedy’s lyrics are fascinating with the satire and humor he infused them with albeit to the tune of some underwhelming instrumentals.
7/10