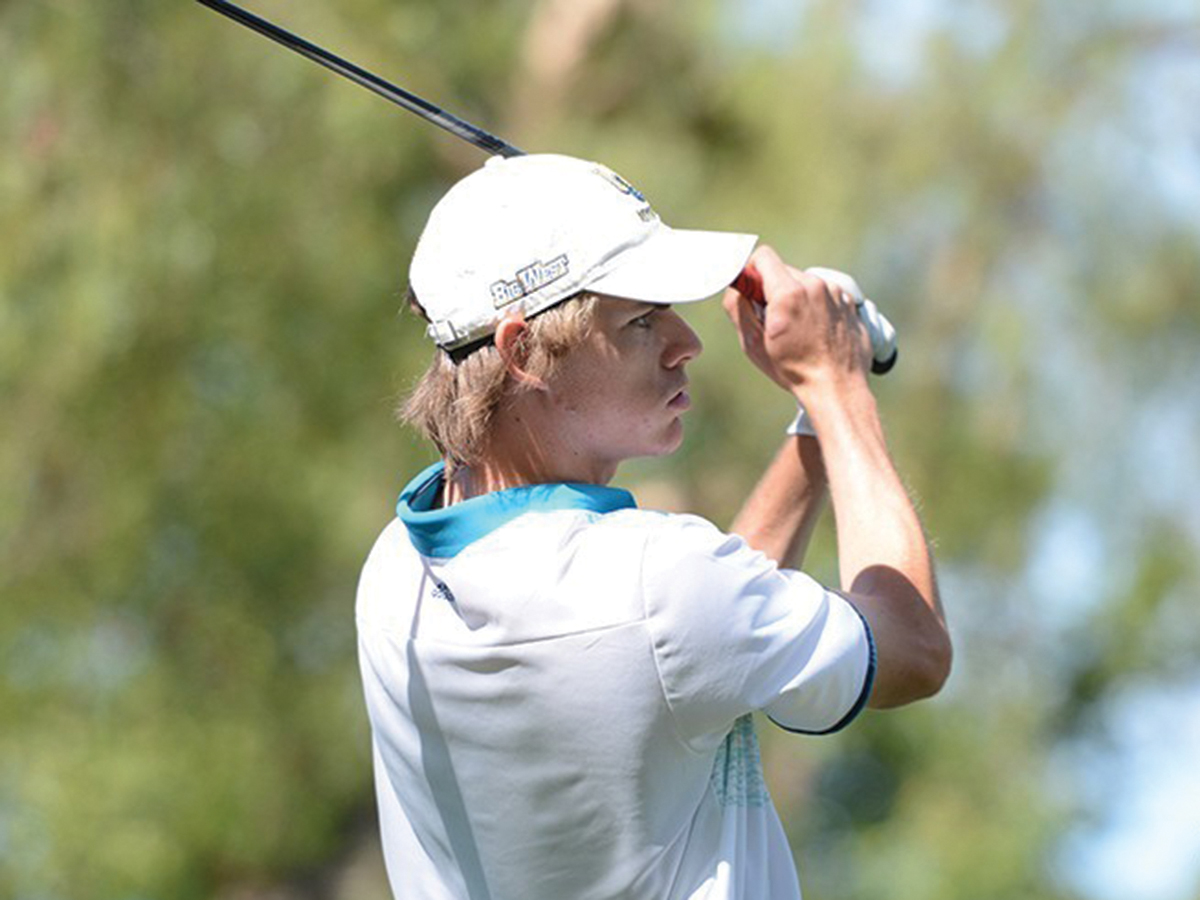 Matt Lutz finished in a tie for third place in the individual scores, but UCR men’s golf could not quite capitalize as they finished in eighth place at the Nick Watney Invitational held at the San Joaquin Country Club in Fresno, CA from Monday, Oct. 3 to Tuesday, Oct. 4.

Lutz started out the tournament with a score of three-under-par that put him in first place, and followed up with a par that kept him in a three-way tie for first with eventual individual winner Perry Cohen of Saint Mary’s College and runner-up Justin De Los Santos from California Polytechnic State University. With the prospect of taking home the individual title still well in reach, Lutz had seven pars in an even front nine holes. On the 17th hole, where Lutz made birdie and par in rounds one and two respectively, he hit a snag with a crucial bogey. Lutz made up the stroke with a birdie on the 18th to finish his final round even and the tournament at three-under-par, but it was not quite enough. Cohen hit a birdie on the 18th hole to finish his round at two-under par and five-under-par overall, just edging out De Los Santos’ one-under-par round score and four-under-par overall.

Lutz’s 210 total was his second finish below par in as many events this season. His third place finish is the sixth top-five result of his career.

Sophomore Michael Wong was the second highest Highlander finisher at the event, clocking in a solid one-over-par in the first round before falling off a small amount in the back end of the tournament. He scored two straight four-over par scores in the final two rounds. Sophomore Andrew Spilman was next, starting with a score of three-over par in the first round before ending the tournament with a pair of four-over-par scores just as Wong did. Senior Sam Gillis had a strong first round, tying for the third best score at one-under-par. However, he struggled to recapture that success in the final two rounds, recording a six-over-par in the second and an eight-over-par in the third.

Rounding out the team was senior Pachara Sakulyong, who recorded a three-round score of nine-over par at this invitational in 2014. Sakulyong could not feel the course very well this time, opening with a score of 12-over par. He regained his footing slightly in the following round, but still stumbled to the finish with a second and third round score of nine-under. Sakulyong’s scores were cut from the team’s total, placing the Highlanders at 30-over-par, 12 strokes off of seventh place Fresno State University and just two ahead of Columbia University. The eighth-place finish was one spot better than UCR finished at the event a year ago.

The team will travel to the Wood Ranch Golf Course in Simi Valley for the Bill Cullum Invitational, which runs from Monday, Oct. 16 to Tuesday, Oct. 17.