Highlander
Home Features Spotlight on Hope brings smiles and laughter to people who need them... 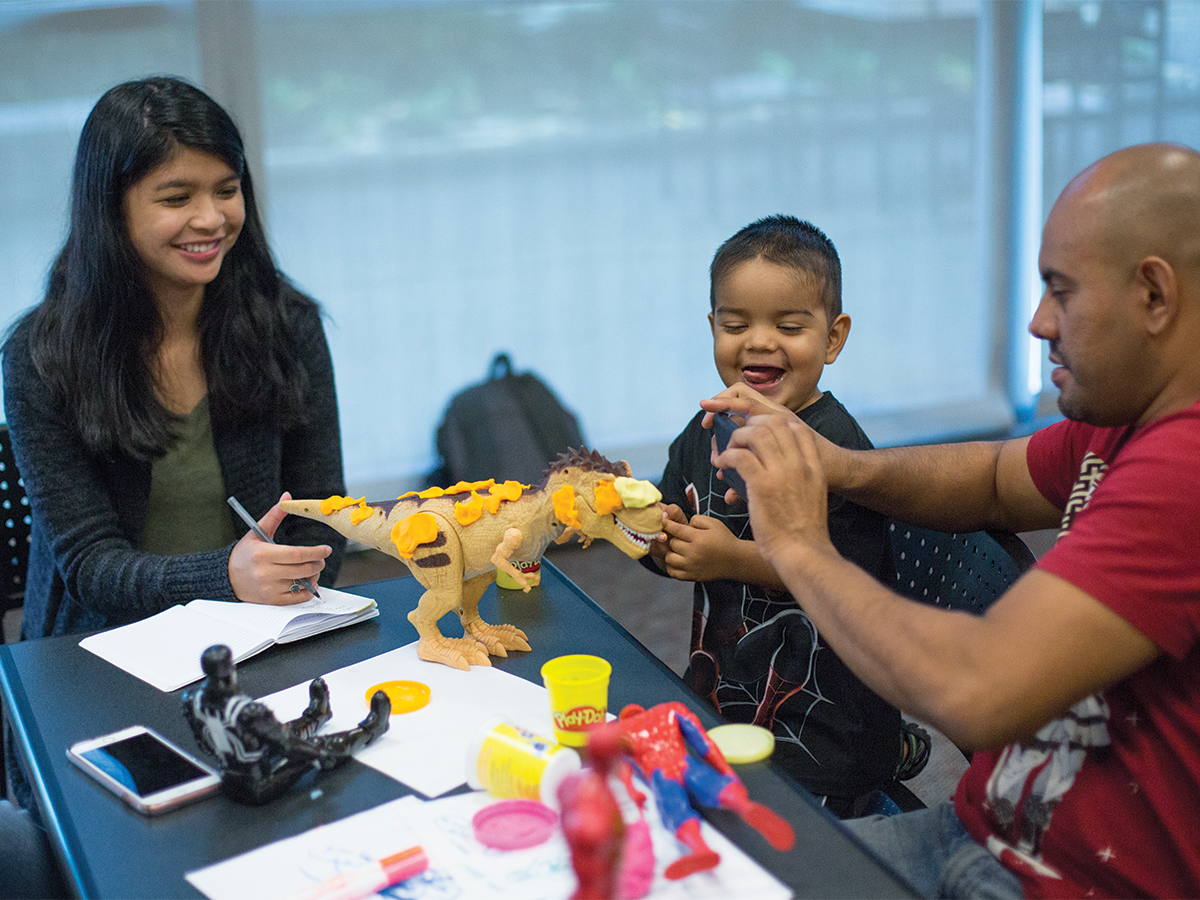 We all need an outlet for escape from time to time. Whether it be reading a good book or watching a movie, it gives us a chance to step back from the struggles of everyday life. This takes on a whole new meaning when it comes to the families of child cancer victims and survivors. On Saturday, Oct. 29, volunteers and families gathered in HUB 260 for the Spotlight on Hope Film Camp, an organization that provides free filmmaking and animation workshops for pediatric cancer patients.

This film camp and the entire Spotlight on Hope organization was brought to life by Cassie Nguyen, a public policy major and brain cancer survivor. She began this film camp at UCLA, and has recently expanded it to UCR. “I felt very isolated,” she said about her time in the hospital. “Then I started getting involved in cancer outreach programs and seeing kids be happy. And I wanted to continue that,” thus, inspiring the creation of Spotlight on Hope.

The small room of HUB 260 offered an intimate setting, making for an immediately comforting atmosphere as family members entered the room. At the front of the room was a long table, covered with colorful construction paper, markers, pencils, toys and a handful of Play-Doh for the upcoming activity in which participants had to create a storyboard for a stop-motion animation video.

Nguyen and Christian Lugo, a second-year Spanish major and vice president of Spotlight on Hope, stepped to the front and warmly welcomed everyone. “This gives them (pediatric cancer patients) a chance to get away from their conditions,” Lugo stated when asked why this event was important. “It gives them a chance to be a kid.” Vanessa Le, a second-year computer science major and treasurer of the organization, also spoke of the supportive aspects of the event. “What’s special about this organization in particular,” Le remarked, “is that it deals with just pediatric patients with cancer. It offers them a therapeutic outlet.”

Although this event only took place for two hours, it was two hours away from all of the treatment and realities that these families have to face.

After their introductions and instructions for the activity, the kids didn’t miss a beat and automatically gravitated toward the front table consisting of all the necessary items to create a storyboard. One family, the Martinez family, had three 10-year-old boys, Zen, Ryder and Raiden, with Raiden being a cancer patient. Their parents, Lea and John remarked that this event was a good way for them to step away from the iPad and other technology into a more hands-on creative activity. “This event also helps with (Raiden’s) brothers,” John commented. “Since they’re triplets, it gets them all together. Before, when Raiden was in treatment, he was separated from them a lot.” Raiden has been off treatment for three and a half years. He’s healthy, creative and an overall ball of energy.

Another family I got a chance to chat with was the Barajas family. Parents Eric and Mary Barajas sat with their daughter Hazel and their three-year-old son Elijah, who currently has cancer. Eric Barajas spoke similarly of the event. “It takes them away from the pain. And it also helps us deal with the stress that comes along with it,” he said, as he gently patted Elijah on the head. The hardships that the parents deal with are seen in their eyes. By talking to Elijah’s parents, I saw that not only are the children suffering, but the parents are as well. Nonetheless, Elijah is just like any other three-year-old boy. He brought so much joy to the event with a hearty laugh that rang through the entire room and a smile that warmed hearts.

As one hour turned into two, the room filled with the sound of chatter and laughter. Markers and chunks of Play-Doh lay lazily on the tables organized around the room. Parents were taking pictures of their children smiling and snapping shots of their creative stories drawn from their own imaginations. These storyboards came to life on Sunday, Oct. 30, the second day of the film camp. Families filmed their stop-motion animations and the officers of the organization helped with the editing. The final product will be screened sometime in the spring.

Spotlight on Hope is exactly what it proclaims in the name. Everybody in the room was radiating a positive aura that said, no matter what life has in store, hope will keep us afloat. Although this event only took place for two hours, it was two hours away from all of the treatment and realities that these families have to face. Hope is what they have, and hope is all they need.