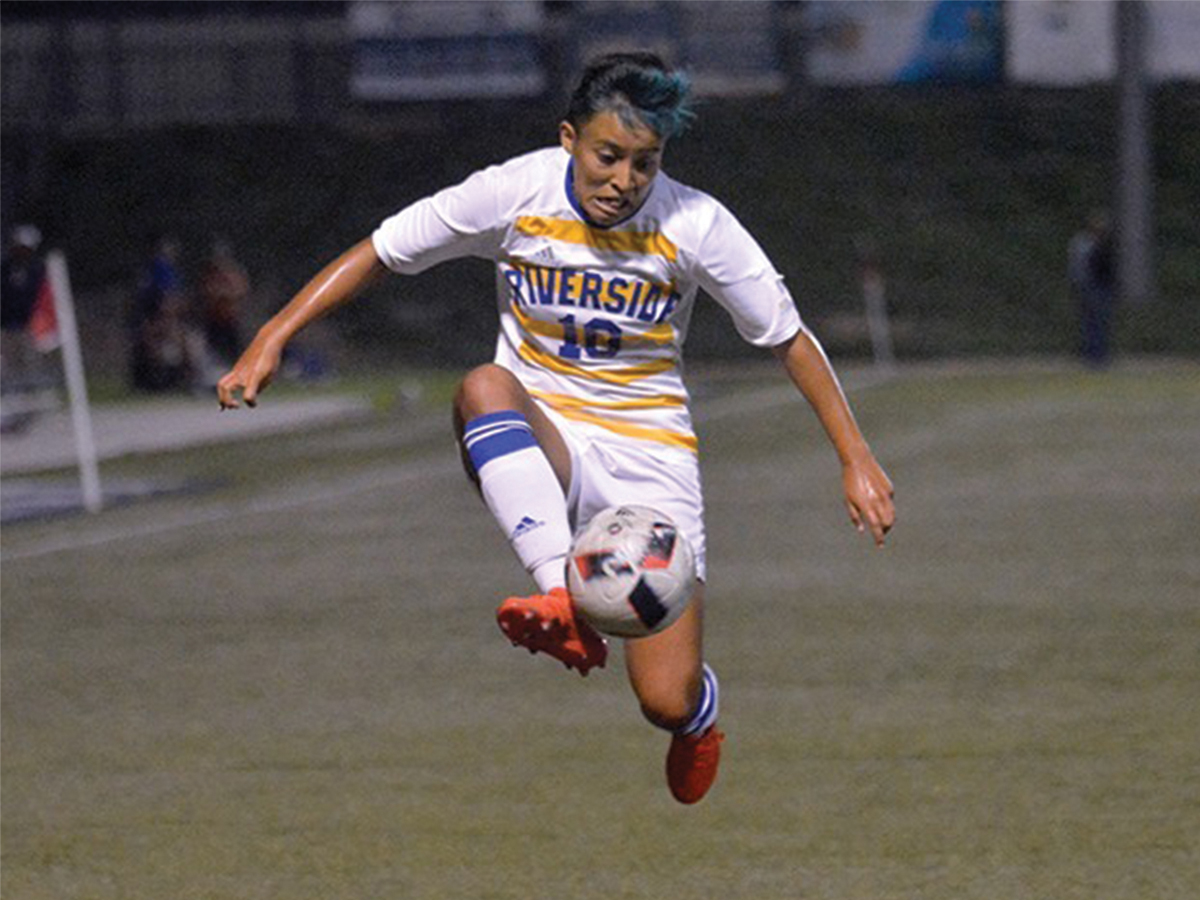 The women’s soccer team ended their tumultuous season on a positive note, giving a tough showing in a 0-0 draw with Long Beach State in their home finale. The result capped off a three-game streak with no losses right after a tough eight-game losing streak that doomed the Highlanders’ postseason chances. Head Coach Nat Gonzalez believed that the team’s performance over the final three games of the season was reflective of the potential the team had this season.

“It’s been fun watching them play. They’ve been playing the way I envisioned us playing all year long,” Gonzalez said after the game.

For seniors such as Tatum Lockett, it was all about enjoying the experience of their final game as Highlanders.

“It was really just leaving it out on the field for one last game, and just doing it for everybody,” Lockett said.

Gonzalez thinks that a large aspect that played into the struggles of the team this season were the pressures of following up on a strong 2015 campaign. “You can point to a lot of things, but I think at the end of the day, they had a lot of pressure on them coming into this year off of basically what we had done last year.”

Some of the top goalscorers and emotional leaders for the team departed last season, such as Tyler Cunningham and Alexa Bustamante. As a result, it was tough for the younger players to adjust. “I don’t know if everyone was ready for what that looked like and what that felt like,” Gonzalez said.

“I just think that these last few (games), there was unfortunately nothing to play for as far as playoffs, so they played loose and they played comfortable and all of the sudden we’re doing what we were trying to do all year,” he continued.

Gonzalez is used to success and his teams are able to rebound well, so he was able to learn a lot as a coach from these struggles. “I think it was a sports psychology moment for the team this year. For me, I am just trying to push the right buttons,” Gonzalez said.

Gonzalez admitted that he even had some doubts through the tough stretch. “We’re picking the right players. At the beginning of the year, I questioned that a little bit. But when you see this and when you see how much good soccer we have been playing; we’ve got the right players,” he said.

Gonzalez did not hesitate to continue to reflect on where he felt he needed to improve. “Now it’s just ‘can I build them up in a season’ so they can play that way without fear. There’s a fear of playing out of their comfort zone. We’re trying to talk about playing in your courage zone until these last three games, they’ve been very tight. These last three games they’ve played not only loose, but smart, and it shows against a good team like Long Beach and a great one like (UC Santa Barbara).”

Among those graduating are Tayler Dragoo — whose four goals and nine points lead the team this season — and Blanca Barrio, who holds the school record for most assists in a career with 17.