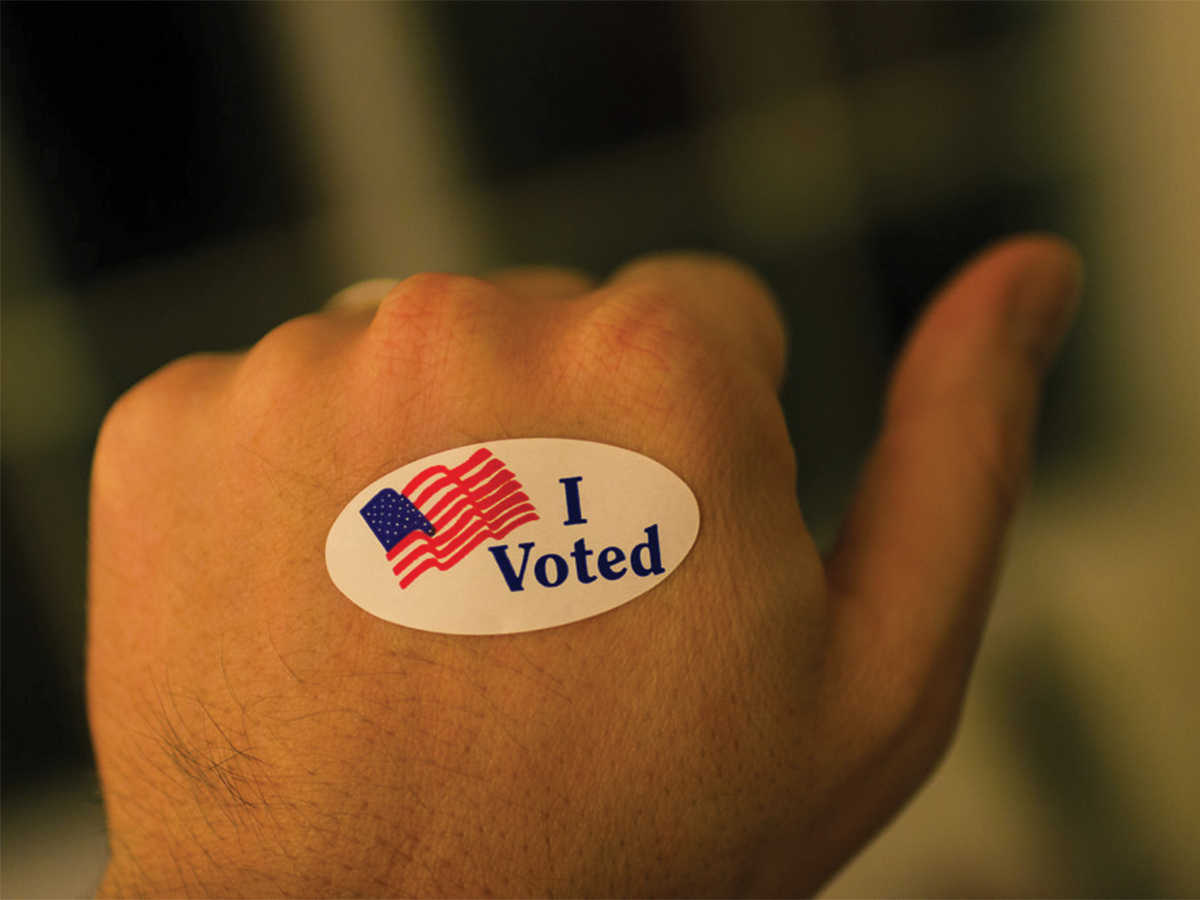 Elections have come and gone and we must say “au revoir” to the tediously covered and highly controversial campaign that comprised of the first female presidential candidate of a major party and an unexpected victor who was once best known as the Celebrity Apprentice. However, this isn’t the first year that history has been made in an election or created lasting memories. Here are some reflections from fellow Highlanders that revolve not only around this year’s election but elections of years ago as well.

While the stickers are a trademark of Election Day, I did not solely focus on them. For instance, I did not really understand the impact of the presidential election until sixth grade, when all the kids in my class “argued” that Obama had to win because “McCain would start WWIII.” Yeah, now I know that was a really far-fetched idea, but at that age, a kid does not really know much.

During that time, I also used to go with my mother and grandmother when they would go vote in Mexico. Watching them cast their ballot inside the voting booth created this expectation of what voting would be like. I imagined that I would walk in, give some sort of ID, fill in the ballot in the voting booth and then turn it in to get a sticker in return. Let me just say that my first time trying to vote in the 2016 democratic primaries was nothing like that.

On June 7th, I arrived to the voting poll with only two hours to spare because I thought voting would take less than an hour. Of course, if you registered within the Riverside county, then voting would only take a matter of minutes. But since I was a college student who is registered in another county — and had no idea what to do — I waited in line for two hours with the faint idea that I was probably standing in the correct line. But after two hours of waiting in line, I gave up — Hillary didn’t need my vote in California anyway.

For the elections this November, I signed up for a mail-in ballot, and everything went so much easier and faster. I got my sticker along with my mail-in ballot and all I had to do was fill it, then mail it. Even though it was not my ideal voting experience, I still got the sticker, so it’s all good. That was until the results came in.

Before November, I used to think that there would be no way that Trump would win the presidency. And I still feel that way — #NotMyPresident. Yet, I’m writing this the day after Trump won the presidential election — even writing that does not feel right — and I still cannot accept it.

It makes me think back to sixth grade. If McCain had won, some of us kids would have panicked about the end of the world approaching. Now, I do not doubt that there are kids out there who are scared that their world will end because Trump was elected. And even though as a kid I did not really know much, I think kids nowadays know enough about Trump to justify their fear.

On Nov. 4, 2008, there was a palpable sense of anxiousness in the air. All throughout that day I remember my seventh grade classmates talking both amongst themselves and with teachers about the elections. The two candidates? One, the first black man to ever have this close of a chance as leader of the country. His opponent? Arizona senator John McCain.

Now, I’m not going to lie, my pubescent mentality back then made me predisposed to Obama simply because he and I shared the same pigment and race. At the age of 13, I didn’t have the critical thinking skills or the ability to have a holistic view of the Presidency. All I went by was my household’s adoring sentiments toward Obama every chance we could see him on our television. My mom in particular would break out into prayer every time she would see Obama on the screen.

As fanatic as it looked, I knew it came from a place of genuine appreciation. She listened to this man as if every word he said was gospel and looked up to him as a prophet. Back then I just thought it was asinine, but now I can see why she was so invested in the election. In 2008, Obama was a beacon of hope in the black community. He was a symbol of prosperity and a stark slap in the face to every critic of the black mind. On the day of the elections, I held onto my hope that “the black guy with great charisma” would wipe the floor with his opponent and become a champion of black people everywhere.

Flash forward to later that night. I fell asleep as CNN began to broadcast the projections and commentary of political analysts. That’s usually the most tense part. I woke up, drool-coated up to my cheek, and quickly ran into my living room to see the television. Obama had won. 365 electoral votes to a less impressive 173. My mind was blown. Obama absolutely killed it. I looked around at my family in the room. Everyone was cheering and clapping like wild hyenas. My mom was especially expressive. She looked like she had seen a miracle, except it wasn’t a miracle. It was a culmination of hard work and meticulous campaigning, although at that time I viewed it as the world seeing that the black guy could actually do the job. The other dimensions of the Presidency didn’t dawn on me at that point in my life.

One image that will permanently be etched into my mind was when the camera panned to the crowd of supporters in Obama’s audience. For a few moments they kept the focus on Oprah. In those seconds, tears streamed down her face and she looked overjoyed to see this milestone occur in person. Seeing another celebrity I grew up watching and admiring show equal signs of adoration for Obama really drove home the impact he made. To move Oprah to tears, you at least have to have some kind of special quality, or so I thought.

That night was a special night. It made me grow up a little too. It was the first election I was really old enough to actually remember in vivid detail. But it was also during a ripe age where I was still coming into my own individuality. And as a young black man at the time, seeing someone like Obama attain such an honorable privilege was very inspirational. He set the benchmark in a lot of ways. Because although there were other wonderful black figures in history, Obama achieved this milestone during a time where I was old enough to soak it in with a little pride. That election was special because although it was still riddled with propaganda and petty antics of competition like any election, it seemed like an honorable showdown between two individuals who had significant qualifications. It also happened to be a day in which history was made.

Just as summer break and Halloween seemed to have come and gone, the time for turkey trotting and cornucopia decorations has unexpectedly returned, as Thanksgiving is just next week! Send your favorite Thanksgiving experience in 400-600 words to features@highlandernews.org for a chance to get it published in next week’s edition of Highlander Diaries.