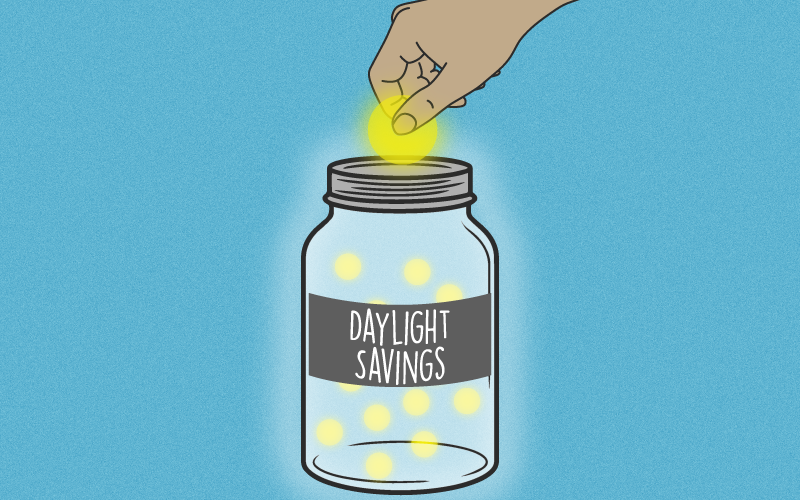 Daylight savings time (DST) was first conceived of by Benjamin Franklin, one of America’s more prominent founding fathers, as a joke. But the core idea was there — provide more daylight to the farmers of America so that they can get more out of a day’s work. DST was first implemented in the U.S. by Woodrow Wilson after World War I in an attempt to mimic the success of industrialist Robert Garland, who used the idea of daylight savings time to boost production of arms and supplies for the troops in the Great War.

Opponents of the DST will say that farmers, daylight savings’ primary focus, only account for a small percentage of America’s population, but let’s not forget that their crops feed millions of people around the world and at home. The U.S. may import produce heavily from overseas but American farms still contend with those in tropical regions because the continental United States is home to many different temperate zones, from deserts to temperate rainforests. Using DST allows American farmers to best utilize the day because of our country’s various environments.

Most Asian countries do not observe DST because, unlike in the U.S., crops raised in Asia such as rice, require little light and little maintenance. Monsoons take care of watering and countries like China utilize geography and raise rice on riverbeds to yield more produce with less manual labor. America does not grow rice at the rate China does because the U.S. is more well known for the varied fruits and vegetables across the land.

America’s varied crop yield from Californian grapes to Hawaiian sugarcane, is what demands an extra hour to produce a product with a much higher quality. Utilizing DST will allow American farmers to produce high-quality and varied crops.

But the benefits of DST don’t stop with farmers. Normal citizens benefit by gaining an extra hour in the fall in exchange for losing one in the spring for DST. Utilizing that hour for better productivity or just sleep is what daylight savings is all about for the average person. To abolish it would be foolish because it takes away the benefits that everyone reaps.

The first person to implement DST in America did so not on a farmstead but on a factory line. Robert Garland made his workers come in early during DST so that they could produce more goods to supply the Great War. By using DST, Garland’s workers were able to pump out more goods for the war effort while remaining. By choosing to work his employees early in the spring and reward them in the fall, morale was high and WWI was won.

DST has also been a part of American culture for so long, it is difficult to imagine life without it. That extra hour of sleep is something people look forward to in November and why take away a good thing when it has been working for so long? There may be a few people who complain because setting back your clock is apparently a hassle, but it’s honestly not that big of a problem.

America was once a prominent agriculture-driven nation before the invention of the factory line. DST, although implemented after the Industrial Revolution, serves to provide farmers with adequate time and therefore improve production levels for farms and citizens.

The removal of daylight savings time will have unwanted repercussions. Farmers will lose an hour of daylight to better bring in yield and support themselves and we, the average citizen, will be walking groggy as ever to our classes. The common sense truth speaks for itself: People want more sleep and farmers need to work.