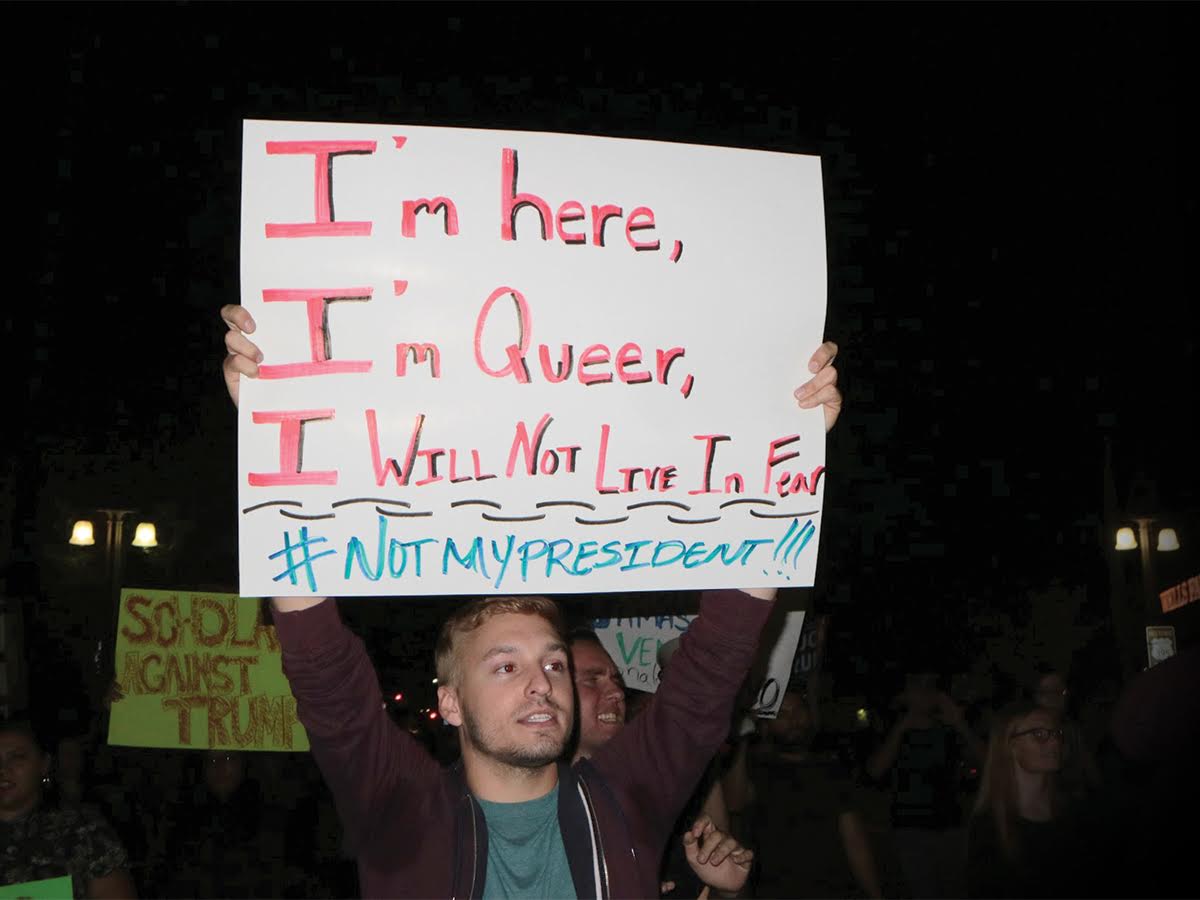 Election Day 2016 will certainly be a memorable day for Americans, and for all the wrong reasons. Most people, this editorial board included, probably did not expect Donald Trump to win the presidency. Nevertheless, Trump is now the president-elect, and this fact carries tremendous weight in both political and social realms, which is a strong reason for this country — and even the world — to be gravely concerned.

First, Trump poses a threat to this country’s standing policies and international position. Take, for instance, his insistence on hurting China through economic measures, or his desire to build a wall on the U.S.-Mexico border or his support for the dangerous Putin regime in Russia. At the least, if Trump enacts them, such policies can alienate our allies and trade partners. At worst, we could end up severing trade agreements with a manufacturing giant (China) and one of our closest neighbors (Mexico) and devastating the stability of NATO — which heavily props up European military security — by cavorting with the dangerous and aggressive leader of Russia. With Trump in charge of our foreign policy, the best we can hope for is only becoming an international pariah.

Even the safeguards of our democratic system threaten to help Trump push his political agenda. While in theory Trump has constitutionally limited powers as president, a Republican-controlled Senate and House of Representatives — both of which were won by Trump on Election Day — promise to rubber-stamp any policy changes the president wants. Add in the almost guaranteed opportunity Trump will have to nominate a minimum of one Supreme Court justice (given the current vacancy), and it becomes clear that the Trump presidency will have an opportunity to entrench conservative policy, with no way for liberals to really fight back.

Furthermore, given that Trump’s victory in the presidential election is based heavily on support by racially resentful white people, America is faced with a resurgence of regressive viewpoints and actions, which in large part have been supported (both directly and indirectly) by Trump himself. Trump’s presidential campaign has highlighted the hatred and bigotry he has for almost every conceivable minority or disadvantaged group: Women, the LGBTQ community, African-Americans, Latinos, Asian-Americans, Native Americans, Muslims, Jews, military veterans and the disabled — essentially anyone who is not a white Christian man. By speaking publicly with such crude and hateful rhetoric about these groups, Trump has, intentionally or otherwise, made such expressions acceptable among the masses.

Now that Trump has won the election, these white Christian men have been emboldened to commit hate crimes even more than they had been during the presidential campaign. Already, we can see Trump’s legacy: The legitimization of racism in America. No matter what he does as president for good or ill, Trump cannot escape the fact that his campaign rhetoric has become a horrifying new norm in this country. Huge portions of the population now have even more reason to be afraid on a day-to-day basis because of the menace of violent Trump supporters. Even the members of this editorial board are more often than not concerned for their safety following Trump’s election (both because of his racial hatred and his opposition to journalists).

It is time to accept that Trump will be president. The election was fair (ironic, considering Trump’s rhetoric about the election being rigged against him), and the people have spoken (at least, in the form of the imperfect electoral college). However, politics does not end with the election, and the members of this campus and this community need to realize this fact if they wish to have their voices heard in order to have an impact on the new administration.

The first step toward successfully protesting Trump’s policy is being informed. Disappointment with the election results is no excuse for shutting out the news media. Students who disagree with Trump need to know what he has done, what he is doing and what he plans to do (an admittedly difficult proposition, given his history of flip-flopping on issues). An understanding of the other side of the equation (the pro-Trump angle) is also necessary to maximize the effectiveness of a protest, if the message is not to fall on deaf ears.

Solidarity is also a critical aspect of political protest. Considering how many people Trump has alienated, there certainly exists a wide range of groups that oppose Trump, but if they do not act in concert, their voices are easier to dismiss. A protest by, say, UCR’s Black Student Union can attract one subset of the student population, and a protest by, say, the College Democrats will attract another, but there is not necessarily an intersection between the two. A coordinated effort by both organizations (something we do not see at present), though, could draw a larger body of students. The lesson, then, is that uniting the various students who would protest Trump’s policies will make for a larger — and therefore, more effective — way to air grievances.

A final obstacle to reasonable protest is the appallingly ill-conceived rhetoric spewed by many anti-Trump Californians, suggesting that California secede from the U.S., or that people should flee to Canada (a viewpoint so popular that it crashed Canada’s immigration website). It is simple: Fleeing the country on an individual basis or as a collective unit is not going to make things any better for those who stay behind. And anyone who thinks that violent resistance to Trump and his supporters is a good idea is equally foolish; such an act would only validate their leeriness toward minorities, such as is indicated by Trump’s wish to see Black Lives Matter investigated by the attorney general for supposed criminal violence.

The solution is not to respond with the same vitriol Trump and his supporters embrace, but to act aiming to unite instead.

Trump has divided this country in a way that seems insurmountable, and this division is already having real and dangerous effects in America and beyond. The solution to this dilemma, however, is not to respond with the same vitriol Trump and his supporters embrace, but to act aiming to unite instead. As Abraham Lincoln stated during an age when America was divided in much the same way, “We must not be enemies. Though passion must have strained it must not break our bonds of affection.”