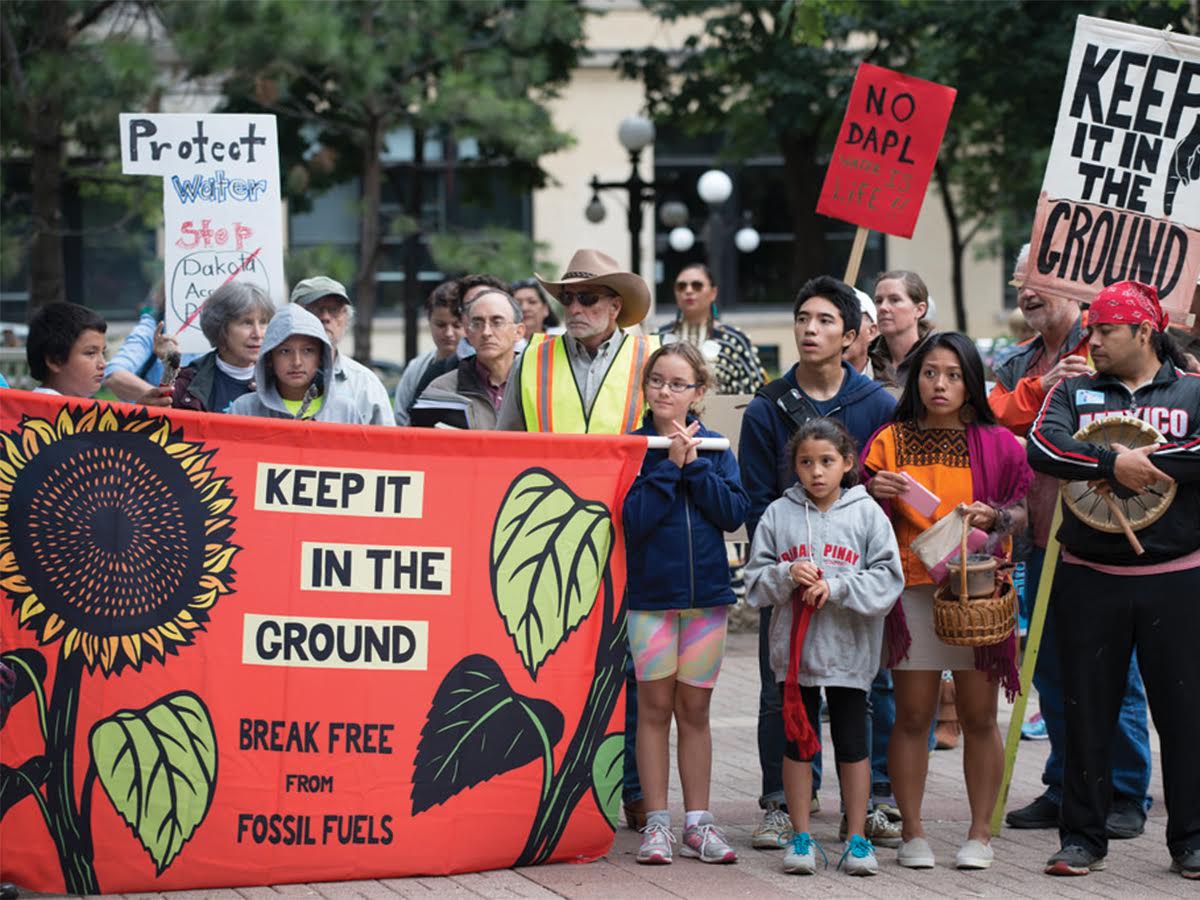 On Tuesday, Nov. 15, approximately 300 UCR students joined what was deemed national Dakota Access Pipeline (DAPL) protest day — a day initiated in effort to vocalize opposition to the construction of the DAPL in North Dakota, which threatens the Standing Rock Indian Reservation. In light of the recent presidential election results, student protesters also used the day to conjoin their anti-Donald Trump protests in a demonstration that took place around the eastern side of UCR and throughout the streets of the surrounding area.

The protest began at 1 p.m. with a gathering at the Bell Tower during which organizers iterated a few of the anti-Trump and anti-DAPL chants such as, “No Trump, no KKK, no fascist USA” and “You can’t drink the oil, so keep it in the soil.” Organizers also detailed the route, which would initially take them around Rivera Library and in front of Hinderaker Hall before taking the march to University Avenue toward Iowa Avenue, up Blaine Street, then down Canyon Crest Avenue toward the front entrance of campus.

The march grew in size upon reaching Hinderaker, where the crowd gathered and different sectors shouted competing chants of “Queer lives matter” and “Water is life.”

When reaching the intersection of Iowa and Blaine, students locked arms to form a “unity circle” across all four crossways, blocking traffic while shouting, “This is what democracy looks like!”

Meanwhile, Riverside police blocked cars from crossing intersections a block away in an effort to prevent incoming traffic from impeding the demonstration.

After about two minutes, the circle broke and the march headed up Blaine toward Canyon Crest Avenue, drawing reaction from residents of nearby apartments and pedestrians.

Upon arriving back to campus, the group re-gathered at the Bell Tower where they thanked those who joined the demonstration.

When asked after the event how the two causes are aligned, second-year media and cultural studies major LeeAna Espinoza Salas responded, “I think it’s important to realize that Trump does support the Dakota Access Pipeline, that he wants it to be built. And the fact that we are against it furthers the … idea that Native American genocide is still relevant.”

In May of 2016, construction of the pipeline began in North Dakota, prompting protests from the Standing Rock Sioux Tribe near the Sacred Stone Camp that sat in opposition of the pipeline. Though, on Monday, Nov. 14, the Army Corps of Engineers announced that they would not continue construction until further research is done regarding its environmental effects.

Espinoza, who is a Cahuilla native, expanded on her concerns about the construction of the pipeline, sharing, “It runs through a large body of water and could contaminate that water. It could potentially — and has already — desecrate sacred lands and tribal lands. It breaks the sovereignty of tribal nations and treaties between native nations and the American government.”

After the protest, one of its participants Wolfgang Mowrey, fifth-year art history and media and cultural studies double major, shared, “I was motivated to come out today because I believe both the approval of the Dakota Access Pipeline and the election of Donald Trump to the presidency are highly un-American acts.”