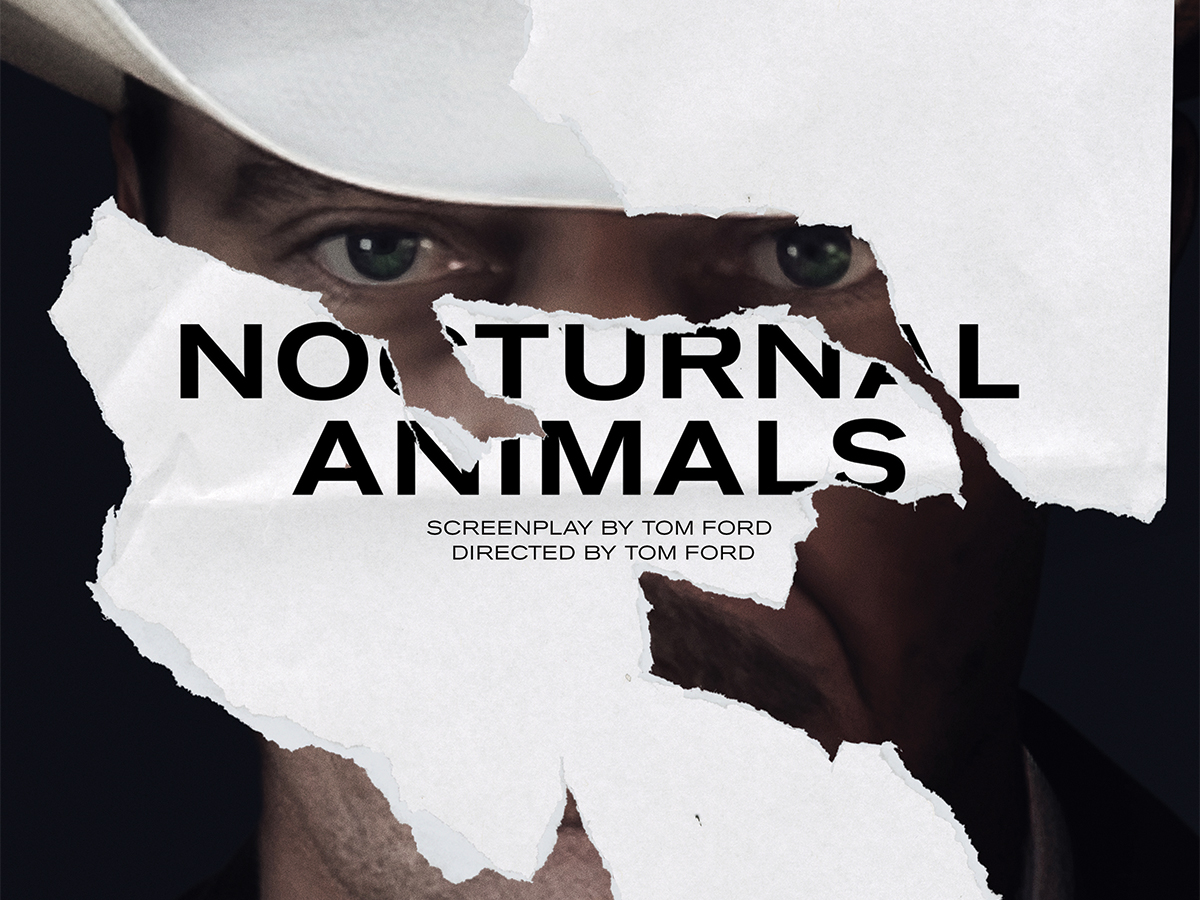 Tom Ford made a toughie. The fashion designer-turned-filmmaker’s second cinematic feature, “Nocturnal Animals” starts just about as confusingly as it ends, and we can talk about interpretations all day but there remains a layer of mystique surrounding this film’s themes that still has its grip on me. I enjoyed it (very, very much) but I am also angry at it. I want to interrogate it; I want to understand it better so I can enjoy it even more. As a work of art, this is the type of reaction that should be elicited more often. “Nocturnal Animals” is great and you need to see it.

Amy Adams stars as Susan, an art gallery owner in a rotten marriage with Hutton, played by Armie Hammer. The title of the film comes from a fictional novel at the heart of this film, written by the protagonist’s ex-husband Edward, played by Jake Gyllenhaal, about a family who is tormented by Texan ruffians on a remote highway. When Susan is unexpectedly sent a draft of his novel to read, she reflects on their days together — both the good and the bad — while simultaneously struggling to digest Edward’s morbid work. “Nocturnal Animals” jumps back and forth between the real life present day and real life past, as well as Edward’s novel; interestingly, this story-within-a-story sees Gyllenhaal portraying the main character, Tony, and Amy Adams doppelganger Isla Fisher playing Tony’s wife, Laura.

Typically, this juggling of narratives comes across as ham-fisted and difficult to follow in lesser films, but Ford manages to weave these separate, easily identifiable happenings cohesively. Subtle dialogue cues are given that trust us enough to follow along and I commend Ford for respecting his audience enough not to have the cliched title cards explicitly indicating where the film is going. The film’s structure, as streamlined as can be for a film so heavily reliant on a mise en abyme type story, lends more screen time to Edward’s novel, though the core of the film revolves around Susan’s relation to the novel and the extent to which it portrays their failed relationship.

On that note, Adams once again proves that she knows how to portray sadness in the subtlest of ways, underscoring her character’s reserved and taciturn personality. Even the way that she does her hair or talks to people speaks much to her character’s disposition. Gyllenhaal, too, puts on an incredible performance full of reserve that is noticeable in every frame, but coming from the man who starred in “Nightcrawler,” “Enemy,” “Brokeback Mountain,” “Donnie Darko” (you get the point), this is no surprise. Even Michael Shannon, who has a pretty important role in Edward’s story as Detective Andes aiding Tony in his search for the men on the road, excels and is a pleasure to watch as a brazen man with absolutely nothing to lose. Aaron Taylor-Johnson puts on the best performance of his career as Ray, the leader of the men who antagonize Tony and his family — Taylor-Johnson reeks and does a phenomenal job of evoking feelings of disgust and anger from the audience. Someone needs to give this man some more roles because when put to the task and under direction from someone as meticulous as Ford, he can put in work.

“Nocturnal Animals” shifts genres in a heartbeat, and does it incredibly well; Edward’s novel starts off like a thriller akin to “Deliverance,” but transforms to a neo-noir of sorts. When this segues into Susan’s melancholic present day drama, it feels smooth and natural. The tone, which is consistently dour, adopts different levels of tension that provide a contrast which makes perfect sense in the context of the film. A big question that audiences will undoubtedly have is whether or not the novel’s events accurately parallel the events of the film’s real world — can you compare the emotional toil Tony goes through to the heartbreak that Edward went to? I love this ambiguity and can guarantee that viewers will be talking about revenge, love and heartbreak long after the credits roll.

Given Ford’s status as a world-renowned fashion designer, it is no wonder that the visuals in “Nocturnal Animals” are stunning. Ford’s attention to detail is noticeable in the gritty West Texas shack and trailer home and especially more so when contrasting them to the sheening bourgeoisie milieu Susan inhabits (she owns a poolside Jeff Koons Balloon Dog, if you can imagine).

So yes, “Nocturnal Animals” is great, but it has an ending that will perplex audiences and incite a slew of discussion and dissection. It showcases Ford as a detail-driven storyteller with excellent control over actors and knowledge on how to craft a psychological thriller that will cling onto audience’s minds.