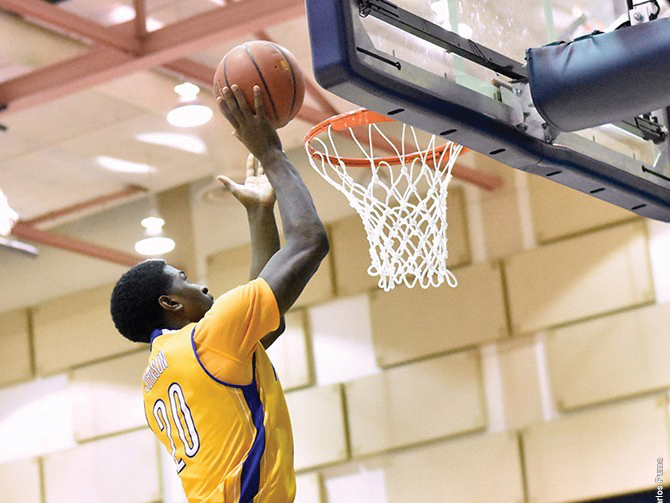 The UC Riverside men’s basketball team (2-11, 0-2) opened up Big West Conference play on Wednesday, Jan. 4 on the road against CSU Northridge (6-9, 2-0) as they looked to repeat the effort that led to a 20-point routing of Grand Canyon University on New Year’s Eve. Entering the matchup, CSUN was the highest scoring offense in the conference, averaging 79.4 points per game, but the Highlanders managed to contain that offense for much of the contest.

UCR looked to bounce back against CSU Long Beach in a second conference game on the road on Saturday, Jan. 7. The Highlanders jumped out to an early lead in this game, controlling every aspect of the game except turnovers, of which they had 11 in the first half compared to Long Beach’s one. Shooting was not a problem for the blue and gold as they went 13-25 from the field and 6-13 from 3-point land and the defense was locked in as Long Beach’s best scorer Evan Payne (14.8 ppg) was held to only five first-half points.

The second half was a different story as the Highlanders continued turning the ball over and the 49ers turned them into 18 points in the game, and the post play of Temidayo Yussuf and Roschon Prince gave them a 28 to 18 points in the paint advantage. UCR found themselves down by 15 in the second, but clawed back to a 2-point deficit thanks to a 15-2 run, but eventually ran out of steam as they were unable to close the gap. Forward Secean Johnson and guard Malik Thames led UCR in scoring with 16 points and 14 points respectively.
The Highlanders will be back in action at home in the SRC on Thursday, Jan. 12 at 8 p.m. for the first home conference matchup against Big West leader UC Davis. The game will be broadcast on ESPN3 as well as on KUCR 88.3 FM.