Highlander
Home Sports The road to the Super Bowl goes through the … Highlander? 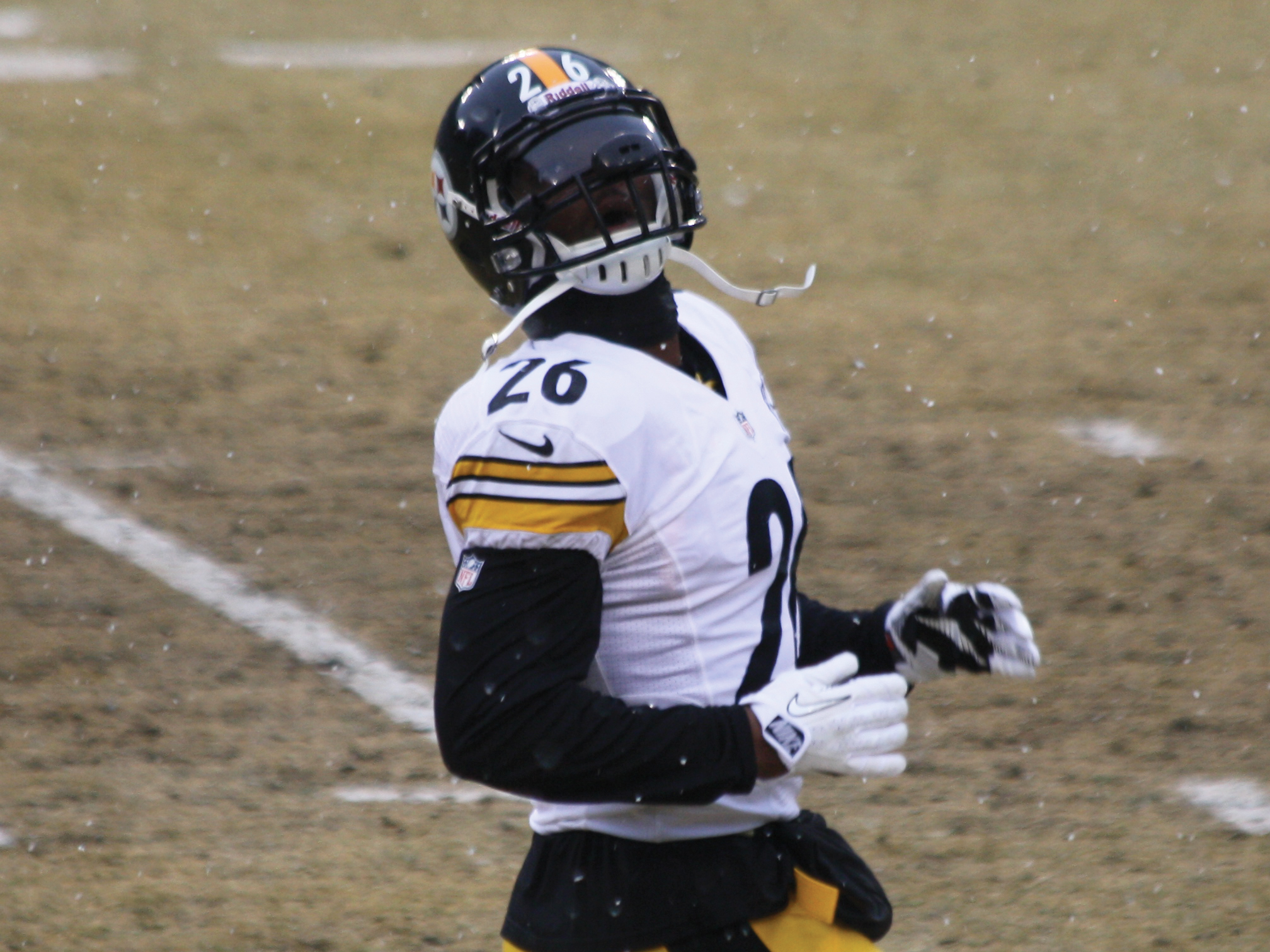 The 2017 playoffs are upon us and there are plenty of intriguing matchups and stories going into the first round. Regular season standout Antonio Brown enters his first playoff season of his career and the Raiders are looking to still succeed in the playoffs despite Derek Carr’s untimely broken leg. This week, we’ll break down the first round matchups and stats and pick our favorites to advance to next week’s action.

AFC Wild Card: No.5 Oakland Raiders at No.4 Houston Texans

Jon: This season looked like the season that would deliver Raider Nation to the promise land, that is, until Derek Carr went down with a broken leg in week 16. While neither team is in a particularly strong quarterback situation, the lack of chemistry that the Raider’s offensive weapons have with rookie backup quarterback Connor Cook will prove detrimental. If the Texans limit their turnovers and keep Khalil Mack out of the backfield, the Texans can lock this up.

Christian: Imagine the premier quarterback matchup that would make any football fan clamor with anticipation for, the moments that legends are made of. Two superstars, gunning at each other, going score for score, waiting for that one small chance where the other falters to push their team to the next round. Now take the absolute opposite of that scenario, and you have Raiders vs. Texans. The Raiders are going to have Connor Cook make his first career start in the playoffs against the NFL’s number one defense, which is perhaps the only passing situation more bleak than the dumpster fire of a QB situation the Texans have been facing. A defensive matchup for all the wrong reasons, Texans should be able to take this game even without JJ Watt. I wouldn’t be surprised if the Raiders don’t reach the end zone all game.

Jaryd: Raider Nation’s routine saying of, “This year is our year” actually proved true for the most part. As previously stated, Carr’s broken fibula in Week 16 cut short any hopes and dreams Raider fans have been long awaiting for. Due to Carr’s injury, fans of the silver and black might not see a possible “Tuck Rule Game” rematch until next year. As for the Texans, they look to avenge their 30-0 blowout loss against Kansas City in the wildcard game last year, on a team whose quarterback will make his first ever NFL start — in the playoffs. Look for this Texans team, sans JJ Watt, to rely heavily on the play of DeAndre Hopkins, and Edward Cullen Brock Osweiler to get their offense going.

AFC first round: No.6 Miami at No.3 Pittsburgh

Jon: Pittsburgh ranks sixth in the league in passing yards per game thanks largely in part to Antonio Brown and Ben Roethlisberger. Le’Veon Bell’s 1200-yard season is also helping to bolster this Steelers’ offense, which is picking up the slack of a Steeler defense that is certainly no Steel Curtain. Although, it may not have to be against a Miami offense run by backup quarterback Matt Moore and rookie running back Jay Ajayi. Ajayi did torch the Steelers in week six for 204 yards, but Pittsburgh was missing multiple key defensive starters that game, and Miami had a healthy Ryan Tannehill who went 24-32 for 252 yards. Expect the Steelers to take advantage of Moore’s inexperience and force him to try and bail out the offense on third-and-longs and turn those into turnovers.

Christian: Miami is a young and inexperienced team that gets a nightmare of a matchup in Pittsburgh. Weather will be a huge concern for the Dolphins and backup quarterback Matt Moore, while their run game has to match arguably the best running back in the league in Le’Veon Bell. Combine that with the fact that Steelers quarterback Ben Roethlisberger has probably played in more playoff games than the entire Dolphins roster combined, and you have a recipe for disaster for Miami.

Jaryd: Miami won the regular season matchup back in week 6 with Ryan Tannehill connecting on 24 of his 32 pass attempts. Since then, Tannehill sprained both his ACL and MCL, while the Steelers have been riding a seven-game winning streak. Ben Roethlisberger is currently 11-6 in the playoffs, while Miami’s backup quarterback Matt Moore is set to play in his first ever playoff game. To top it all off, Miami will be away from their usual tropical weather and play in a Pittsburgh temperature that is projected to be a frigid 16 degrees.

NFC Wild Card: No.6 Detroit Lions at No.3 Seattle Seahawks

Jon: Detroit has set a record this season with seven comeback victories, which basically means Matthew Stafford had to bail this team out in the fourth quarter seven different times. Unfortunately for the Lions, Seattle’s Legion of Boom is too savvy and playoff seasoned to allow a ridiculous comeback and Russell Wilson has too much playoff experience to mismanage a game like this. However, if Detroit can get out to a strong start, and keep Seattle’s defense on the field with monotonous drives, the Lions can wear down the defense enough to create big scoring opportunities. With that, I feel Detroit will try to throw themselves out of every situation and Stafford’s injured finger will force a few bad balls that turn into turnovers for Seattle.

Christian: The Lions have defied the odds all regular season, putting together a season far beyond expectations following the sudden retirement of one of the all-time great wide receivers, Calvin Johnson. In a season where there wasn’t expected to be a number one receiver on offense, Golden Tate has stepped to the plate, and has been a huge contributor to the seven comeback victories that they’ve had this year. However, the talent disparity is just too great in my eyes, and the injury to Matthew Stafford will make it all the more difficult to take down the vaunted Seattle defense.

Jaryd: Detroit really has outdone themselves by qualifying for the playoffs in the post-Calvin Johnson era. It would make a great fairytale story for Matt Stafford to overcome one of the NFL’s premier defenses. But this is real life and Stafford injured the middle finger on his throwing hand. Furthermore, we’re talking about a veteran Seattle team that consists of four Pro Bowlers — none of which include Russell Wilson. The Seahawks will win in a blowout and the entire Lions team will need hearing aids after walking off CenturyLink Field.

NFC first round: No.5 New York Giants at No.4 Green Bay Packers

Jon: The Giants may be boasting their New York Pass Defense (NYPD) but they have the Paul Blart Mall Cop of rushing offenses. Green Bay ranks seventh in passing yards per game, and Aaron Rodgers has been on an absolute tear since he said Green Bay would run the table. I think the Packers will look to strike early and often in the running game with Ty Montgomery so that Rodgers will have plenty of time to make the right decisions when throwing the ball, consequently forcing the NYPD to really be New York’s finest. Of course, Eli Manning is still a Manning afterall, and he has two Super Bowl rings to show for it. If the same Eli Manning who took down the Patriots in two Super Bowls shows up on Sunday, coupled with a focused Odell Beckham Jr. and healthy Victor Cruz, this could be the end of the table for Green Bay.

Christian: Aaron Rodgers, man what can you say about Rodgers? After a horrible 4-6 start, Rodgers told the media before a Monday night game against Philly that the Packers could “run the table.” Since then, Rodgers has been on fire, completing 153 of his 200 passing attempts (76.5 percent) with 15 TDs and 0 INTs. Despite all the money the Giants spent on their defense this offseason, I expect this to be a high-scoring game which works in the Packers’ favor.
Jaryd: Eli Manning’s career playoff record at Lambeau Field? 2-0. As for Aaron Rodgers at Lambeau? 2-2. Manning seems to always get regular-season amnesia and completely thrive during the month of January, regardless of who he’s up against. Sure, Green Bay has been hot as of late, but history has been more kind to Giants’ playoff runs every four to five seasons. The Packers have done a phenomenal job of receiving more credit than actually deserved since their last Super Bowl appearance, all the way back in 2010. It seems like every year they’re favored to represent the NFC in the Super Bowl, yet have only reached one NFC Championship game for the past six years. On the contrary, the Giants have done an even more phenomenal job of breaking the hearts of Green Bay fans — 2007 NFC Championship during Favre’s farewell tour, and in the 2011 Divisional Round, where the Packers had an incredible 15-1 regular season record. As J. Cole once said, “History repeats itself and that’s just how it goes.”