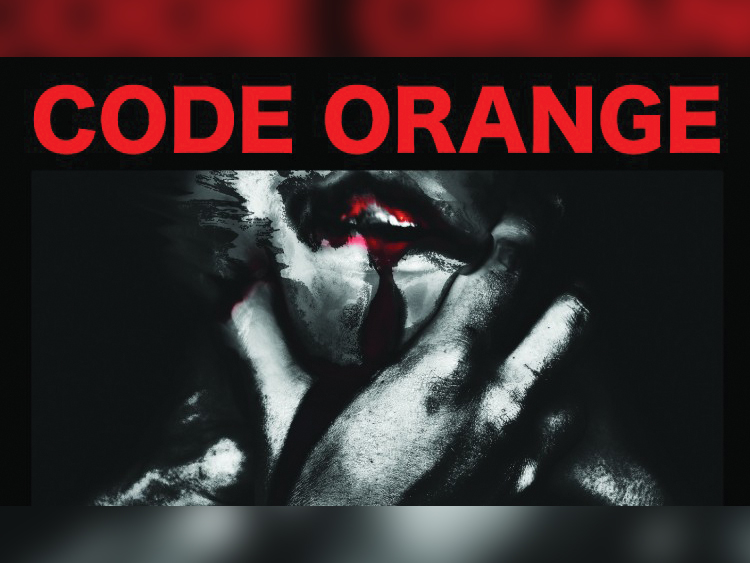 Code Orange have built themselves up as a unique act among a sea of, as drummer and vocalist Jami Morgan puts it, “bargain bin fucking deathcore bands.” Their music meshes elements of hardcore, death metal, grunge and industrial, wearing their influences on their sleeve as they develop as artists. Their sophomore album, 2014’s “I Am King,” saw the group ditching the “kids” from Code Orange Kids, not only for a tighter, sharper project name, but as a sign of maturity in their craft. On their newest record, “Forever,” aptly released on Friday the 13th, Code Orange broadens their raw, heavy sound deserving of their spot on Roadrunner Record’s roster, despite treading some familiar territory.

Like the bleak insanity that was Nails’ “You Will Never Be One of Us,” Pittsburgh natives Code Orange channel feelings of anger and social isolation via distorted guitars, overdriven basslines, hard-hitting blast beats and lyrics evocative of inscriptions on a miserable, dank prison cell. Not since Disembodied have off-notes sounded this rich; the co-production by prolific Kurt Ballou and Philly-based Will Yip (who the band has worked with as indie-rock project Adventures) does its part in giving crispness and quality to the album’s most hectic moments. “Forever,” is not a fun album. It’s filled with pain and aggression, pit music designed to make you feel the warm blood coursing through your veins and get moving. Mostly.

When Code Orange aren’t pounding eardrums with mosh-friendly anthems like title track, “Forever,” they’re embodying the muddiness of ‘90s grunge (namely Alice in Chains) on tracks like “Bleeding in the Blur” and “Ugly,” or they’re utilizing Nine Inch Nails industrial electronics to creep their way into your mind.

These ideas are not fresh per se, but they shift the pacing of the album in a way that no bands in the scene would dare to do for fear of upsetting an audience devoid of sonic diversity; in an age replete of cynicism, irony and sarcasm, the sincerity in this “fuck you this is who we are” mentality is enriching.

Guitarist and vocalist Reba Myers gives the band a shot at commercial palatability with the aforementioned “Bleeding in the Blur,” an abrasively melodic grunge ballad seemingly fit for pro-wrestling theme music in which she points the finger at the scum of the music world – groups such as Asking Alexandria who the band had previously condemned as being “the first to go” for their “fake rockstar (sic) mentality.”

While a majority of the tracks play out like one would expect a Code Orange song to play out, the structure and electronic mixing is fresh and commendable. The ferocious “Real” begins with a fiery texture as though recorded in hell itself, its nightmarish soundscape being the perfect background music for 2016’s “Doom” that gives legendary death metal band Cryptopsy a run for their money.

If heavy music is your thing, Code Orange are your friends. “Forever” is the intense, head-smashing album this scene needs.