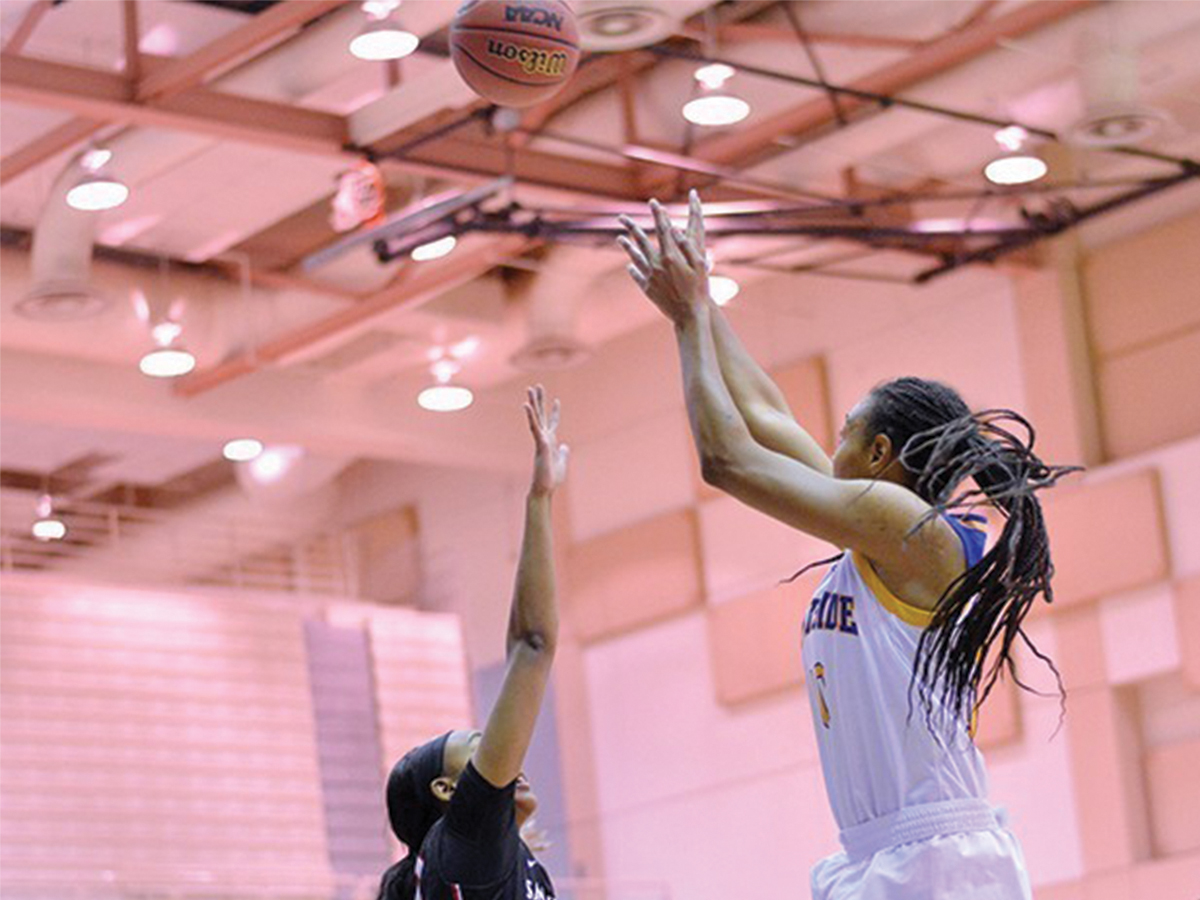 With a team that has gone through a number of injuries this season, the Highlanders were able to have four players (three of them off the bench) score in double digits. The Highlanders were able to defeat the Anteaters for the second time this season with their 21-point win to complete the sweep. UCR was led by forwards Rejane Verin’s 17 points, Marina Ewodo’s 11 points, Malou De Kergret’s 10 points and freshman Skyler Lewis’s 12 points and eight rebounds. Unlike the game before, in which the Highlanders had 24 turnovers, the Highlanders only had nine turnovers all game, and in turn forced the Anteaters to turn the ball over 21 times that night. Along with their 10 steals, UCR was also able to get 22 assists on 32 shots made.

The first quarter started with the Highlanders on a 9-2 run that would put them in the lead for the rest of the game. Led by Verin’s 11 points and Lewis’ 10 points in the first half, the Highlanders were able to out-rebound the Anteaters offensively with a 10-7 advantage, allowing them to finish with a total of 17 second chance points in the game. With the game still going their way, the team was able to cause 14 turnovers in the first half as they went into the break with a 39-23 lead.  When asked about how well the team plays on the road, Head Coach John Margaritis said, “I think we have played well on the road. It wasn’t home or away or anything, I think it has to do with who’s healthy, it has something to do with match-ups, what is the other team doing? What are they running, can we match-up?”

Going into the second half of the game, nothing had changed for the Highlanders as they went on a 13-4 run at the start off the third. With contributions from Ewodo (2-3 from three) and the rest of the bench, UCR was able to outscore Irvine’s bench by a margin of 39-15. By keeping the Anteaters to only one offensive rebound in the second half, the Highlanders were able to keep their lead in tact as the game ended in their favor.

With the win, the team picked up their third win in conference play this season. With the win on Thursday, UCR improved their season record to 9-8, 3-1. When asked about how the team would approach the game against the Anteaters Thursday compared to the first meeting, Maragaritis replied, “What could we have done better? Not different. But better. And then we concentrate on fixing those things. Does that make sense? Is it different? No. Could it be better? Yes.”

After defeating Fullerton on Saturday, Jan. 21, 68-45, UCR will look to maintain their current form when heading north to face UC Davis on Thursday, Jan. 26 at 7 p.m.