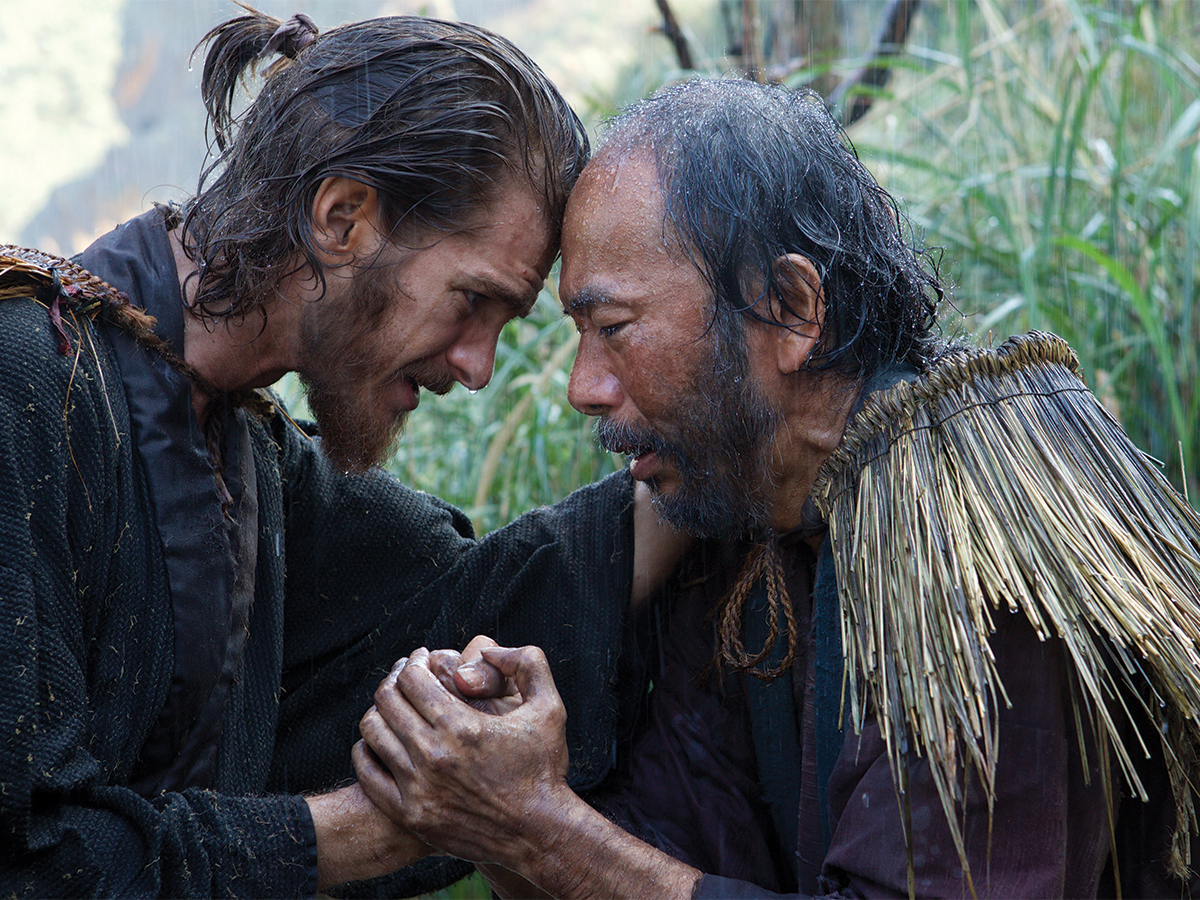 You know him, I know him. Martin Scorsese needs no introduction. “Silence” is the product of a 25 year-long production period — a passion project if there ever was one — based on the novel of the same name by Shusaku Endo. Andrew Garfield stars as missionary Sebastiao Rodrigues who, alongside Jesuit Francisco Garupe (Adam Driver), travels to seaside Japan in search of Father Cristovao Ferreira (Liam Neeson) after receiving a letter supposedly from him detailing the Christian persecution occurring in Nagasaki that forced him to commit apostasy.

The subject matter of “Silence” might throw many casual filmgoers off. Those of the Christian faith might be thrown off by the way it depicts brutal persecution as well as the way it challenges the religion itself; atheists and followers of other theologies might be thrown off by the way its plot seemingly centers so much on unrelatable devout Christians steadfast in their beliefs. Even I was skeptical when I saw the whole “European civility meets Other barbarity” dynamic the trailer purported. But like this past year’s “Moonlight,” “Silence” utilizes what would otherwise be a niche, esoteric subject and constructs an understatedly rich film.

Above all, this is a story about faith. Faith, in any of its forms, is a human experience that Scorsese champions with finesse. Garfield most saliently embodies this in his undying desire to preach the word of God despite the hardships his environment throws at him. This is where biases can make or break the film, but there is an undeniable suffering to be felt in “Silence,” the likes of which hurt to witness on screen. And not in a contrived Oscar-bait manner either — the pain felt in “Silence” is palpable.

Garfield’s presence in this film is noteworthy. He’s a great Spider-Man and an even greater Jesuit missionary, reminding me of the most reverent of Christians I have met in my life. Dual kudos to him and Scorsese himself to the complexity within Rodrigues — at once humble and selfless yet refusing to admit his arrogance and lack of perspective. To illustrate to him the incompatibility between the “swamp” that is Japan and the “sapling” that is Christianity is like clapping with one hand, bemoaning critical viewers as well as the Japanese government.

On the other side of the cultural coin are the Japanese Inquisition. Unlike the outcasts on the shores who rapturously greet Rodrigues and Garupe, Inoue Massahige (Issey Ogata) and his band of samurai seek to eradicate the infestation of Christianity in Japan, shifting the momentum of the film to darker, more philosophical territory. Similar to Rodrigues, the Japanese authorities are depicted as having sound ideologies — to keep European influence out of their country — that are marred by their callous implementation. The interpreter (Tadanobu Asano) and Rodrigues go back and forth in riveting discussions on cultural differences that highlight the latter’s mission as a form of imperialism masquerading as God’s will while never undermining his suffering in the name of what he considers righteousness.

Mexican cinematographer Rodrigo Prieto (“Brokeback Mountain,” “The Wolf of Wall Street”) aids Scorsese with stunning shots, especially in the first third of the film. Smoke and fog dull the screen to parallel the feeling of impending doom the characters experience, masking the backgrounds and heightening the tension Scorsese directs so well. As the film progresses toward Nagasaki, the color gradient shifts to favor brighter, sometimes earthy, tones reflective of the culture’s art at that time — a nice touch that adds another layer of authenticity.
While Scorsese is well known for his violent films laden with obscenities and vices galore, he has never been a stranger to subtlety when his films demand it. But even his most subdued films cannot rival “Silence” in its approach. It earns its title via its sound design and themes and at nearly three hours long, it’s not a film for everyone. Somewhere in the ballpark of 30 minutes of footage were, frankly, unnecessary and only drag the film on longer than it needs to be. It’s an alluring picture, but don’t enter it expecting anything like his previous work. “Silence” is a carefully crafted near-masterpiece and asks questions that will see it as a timeless contemplation on the concept of faith and sheer human will.