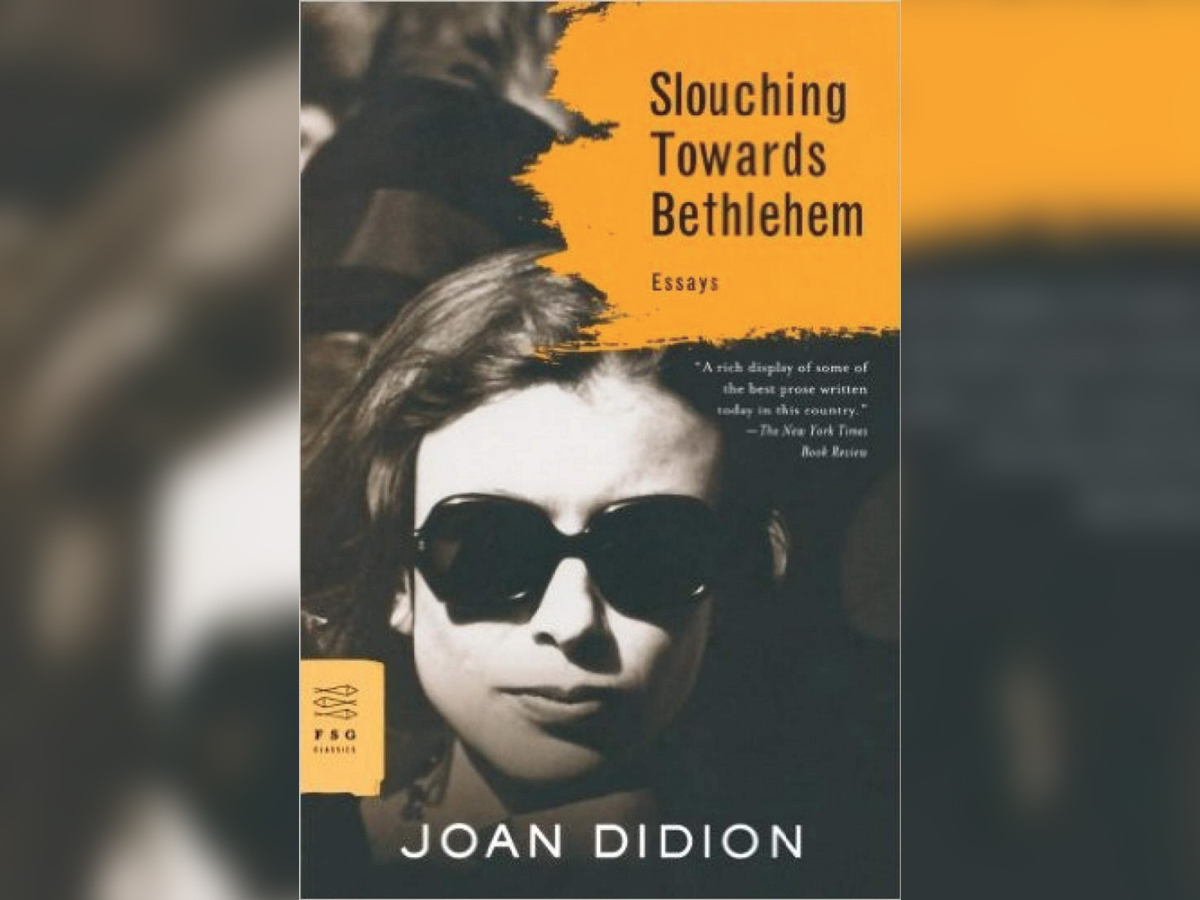 Radar is committed to all forms of art and entertainment and as such, will pick one book as a reading recommendation every week. This week, Radar’s “Lit” pick is “Slouching Toward Bethlehem” by Joan Didion

Perhaps choosing such a classic work of American literature is slightly unfair for those expecting a newer book. However, continuing the refrain by many pundits, this is a singularly unique time in American history, and one which requires clarity, intelligence and thoughtfulness — three attributes which Didion’s iconic book of essays exudes. Taking the title from “The Second Coming” by W.B. Yeats, Didion meditates on a wide range of topics, such as culture in Southern California, the development of counterculture in San Francisco, to meditations on self-respect and morality. Didion uses an indelible wit and intelligence that make these essays not only an immense pleasure to read, but compellingly insightful; the essay, “Comrade Laski, C.P.U.S.A. (M.-L.)” felt incredibly relevant in its analysis of political extremity and ideology.
While this book is not necessarily a political book per se, the perspective with which Didion approaches the world around her is a salving balm to the incessant partisan politics that may be filling your social media timeline.