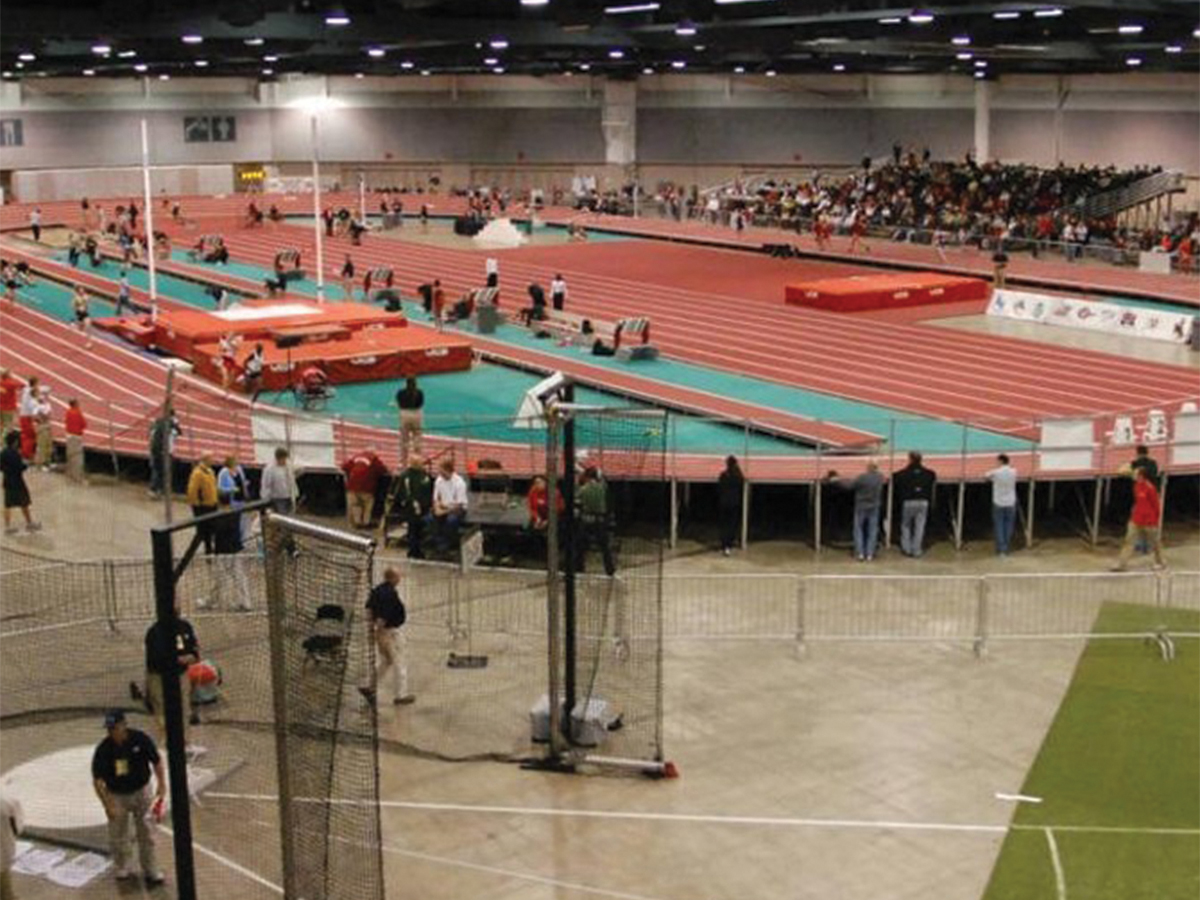 While most of the Highlander track and field team was in Albuquerque, New Mexico, Weslie Totten continued to add to her legacy just over 1,400 miles north.

The redshirt junior broke her own school record in the 5,000-meter indoor run at the UW Husky Classic at Washington’s Dempsey Arena in Seattle, Washington on Friday, Feb. 10. She recorded a time of 17:02.25, breaking her previous record of 17:08.25 that was set at this same meet two years ago. While Totten’s time placed her 46th, the only other Highlander participant in Seattle — sophomore Emily Sanchez — finished in 64th place with a time of 17:50.39.

Several other members of the track and field team traveled to the University of New Mexico (UNM) to participate in the UNM Dom Kirby Indoor Invitational held at the Albuquerque Convention Center in Albuquerque, New Mexico on Friday, Feb. 10 and Saturday, Feb. 11.

Despite not qualifying for the finals, sophomore Nick Abboud cruised past the Highlander record at the event with an 8.34 second time in the 600-meter hurdles preliminaries, almost two-tenths of a second better than the previous record of 8.52 seconds set by Jason Bolden-Anders in 2004. Abboud finished the race in 17th.

In the men’s long jump, sophomore Ricky Wright Jr. finished 19th with a jump of 7.03 meters and senior Michael Harris finished 27th with a distance of 6.56 meters. Sophomore Nick Abboud did not qualify.

Senior Carlos Lopez finished fifth in the men’s 600-meter, with a time of 1:21.42. Sophomore Ethan Van Setten finished right behind him in 1:21.43 for sixth place and senior Jarrade Davis finished ninth, completing the race in 1:23.53.

Freshman Sydney Hunter was the first Highlander to place in the women’s 400-meter dash, finishing in 59.12 seconds for 62nd place. Redshirt junior Jasmine Thomas finished in 1:00.29 for 72nd place, junior Taylor Brown finished in 1:00.85 to take 74th place and Wiggins finished in 1:01.94 for 78th place

In the women’s triple jump, Schuhmeier did not qualify due to fouls.

The Highlanders will be back in action on Friday, Feb. 24, when they’ll be participating in their first ever Mountain Pacific Sports Federation Indoor Championships at the University of Washington.