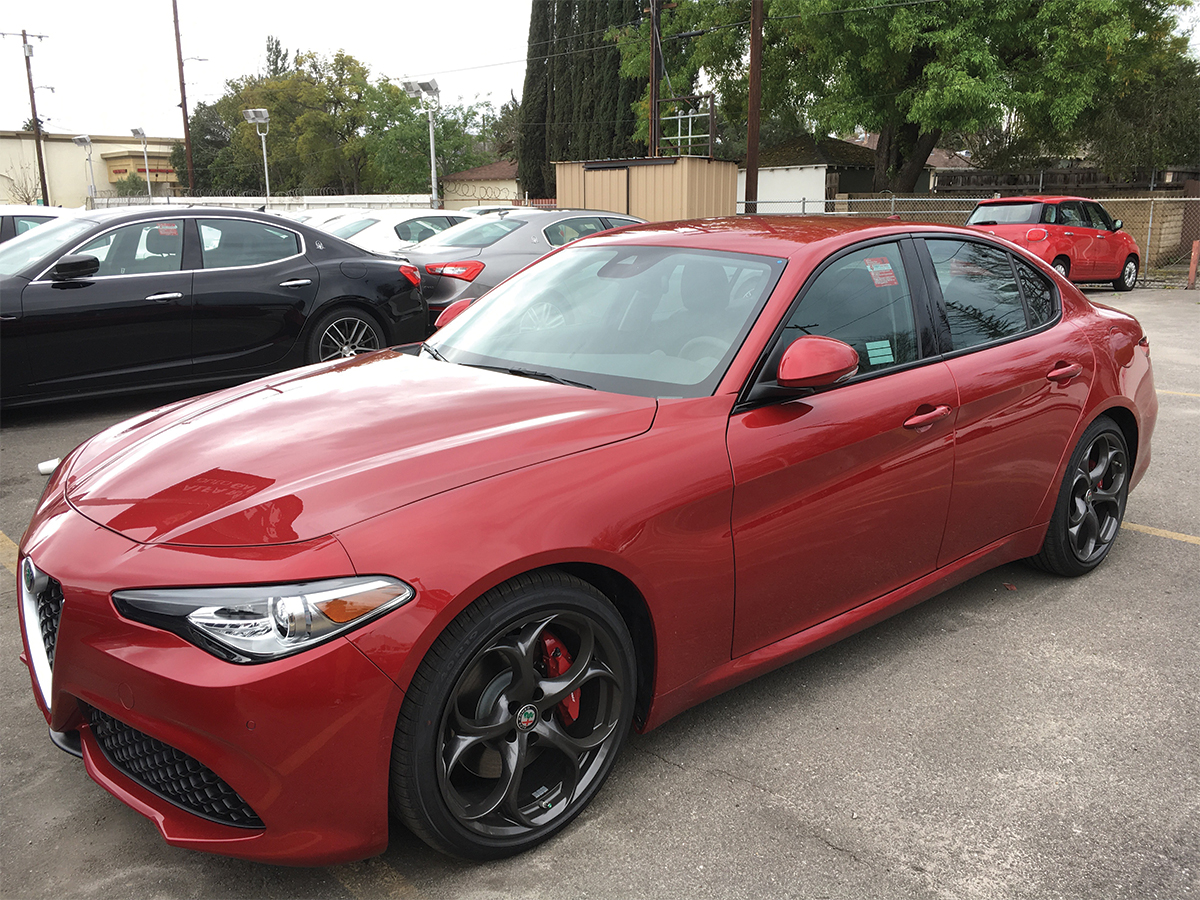 Alfa Romeo hasn’t held a large market presence in the United States since they stopped selling cars here in 1995. While they sold their 8C supercar here in limited numbers, there were no tangible plans to return to the U.S. market until their parent company, Fiat, acquired Chrysler in 2009, creating Fiat Chrysler Automobiles (FCA). As part of FCA’s business plan to increase sales and revenue, they planned to reintroduce Alfa Romeo back into the U.S. market and position it as a BMW competitor. Alfa Romeo made its debut in the U.S. market in 2014 with the 4C coupe and roadster, a brilliant car dynamically but plagued by being severely unpractical in comparison to its competition. But the 4C wasn’t intended to be the volume seller that Alfa Romeo had planned to storm into the U.S. market with.

Alfa Romeo has been making cars for the last 106 years and is an Italian brand with extensive racing heritage and pedigree. For the better part of the last two decades, however, Alfa Romeo has made relatively mediocre and insignificant cars that haven’t been able to compete with their German rivals. In an effort to revitalize the brand and restore the name and pedigree, Alfa Romeo developed the Giulia (pronounced “Julia”) rear-wheel drive sports sedan.

The Giulia competes squarely in the highly competitive, compact executive sports sedan category mainly against the Audi A4, Mercedes C-Class and the benchmark of the class — the BMW 3-Series. Ever since the 3-Series first made its debut back in 1975, it’s been considered one of the quintessential standards of the class. Several automakers have taken a crack at dethroning the highly decorated 3-Series and although the 3-Series hasn’t been quite as great in the latest form, it’s still the sales leader and the benchmark of the category.

On the other hand, sit inside the Maserati Ghibli (another sedan made under the FCA umbrella) and you’ll find the same infotainment system, switches and levers found in any Chrysler, Dodge or Jeep. That’s not to say that their arts aren’t good, but no one wants to buy a $70,000 Italian luxury sedan only to find the same parts as the cars that fill up rent-a-car lots. It’s that image that hurts the Ghibli and hasn’t made it quite as successful as FCA would want it to be and that’s why the Giulia was designed from the ground up. FCA put their best engineers from Alfa Romeo and Ferrari together to develop the Giorgio rear-wheel drive platform that serves as the basis for the Giulia as well as several of Alfa Romeo’s forthcoming models.

The entry level Giulia is powered by a 2.0-liter turbocharged 4-cylinder engine pushing 280 horsepower and 306 lb-ft of torque to the rear wheels. This makes the base Giulia more powerful than all of its competitors, a point that’s further made evident in 0-60 times. The Giulia will sprint to 60 miles per hour in about 5 seconds flat, a full second quicker than the Mercedes C300 and half a second quicker than the BMW 330i. Power is delivered through a smooth 8-speed transmission. The top of the range Giulia, Quadrifoglio, takes the cake however, producing 505 horsepower and 443 lb-ft of torque from a twin-turbocharged 2.9 liter V6. The V6 used in the Quadrifoglio is essentially the same motor used in the Ferrari California minus two cylinders, so you can say the Quadrifoglio has some serious credentials behind it.

The big picture is that the Giulia is a more well-rounded version of the 3-Series and C-Class.

The exterior of the Giulia divides critics. I personally find it beyond stunning: The rounded angles and teardrop-shaped profile is reminiscent of the iconic Alfa Romeo Giulietta Sprint. The interior has a very sleek and user-intuitive design, and I found it to be more attractive than that of the BMW 3-Series and Lexus IS but not quite on par with the Mercedes C-Class. The Giulia will either come with a 6.5-inch or 8-inch screen to display the infotainment system. With the seats being supple and comfortable providing ample bolstering, Alfa boasts that this is the only car in its class to come with real leather standard rather than the synthetic vinyl used by its rivals. I found the rear seat to be smaller and tighter than most of its competitors and the trunk was puny mostly because the battery of the car is located in the trunk.

Hop in the driver’s seat of the Giulia and you’ll notice the Ferrari’s influence on the car. Like Ferrari’s 458 and 488 supercars, the engine start button is placed on the steering wheel and the large aluminum paddle shifters are placed on the column rather than the steering wheel — the way they should be. The steering is quick and although it’s on the lighter side, it provides excellent feedback and an exceptional feel. Put your foot down and you’ll notice remarkably little lag and a whole lot of “oomph”; it doesn’t feel like a tiny four-cylinder under the hood. And despite all of this, the car is incredibly civilized: The ride is smooth even when you put the car in dynamic mode and the cabin is whisper quiet.

Starting at under $38,000, the Giulia is priced a bit higher than the A4 and 3-Series but just under the C300. For that, you get an array of standard equipment such as real leather seats, a backup camera and forward collision warning, all of which are options that require pricey packages on lesser-priced cars such as the BMW 3-Series. A loaded Ghibli Ti will run you around under $50,000, making it a decent value for its money. But that doesn’t mean the Ghibli is without its flaws.

Although I found the interior to be well put-together, some of the knobs and switches felt cheap for a car in this price range. And the infotainment system screen, albeit large, displayed everything on only half the screen. Using certain functions such as the backup camera or navigation were a bit of a hassle. And then there’s the technology. Mercedes, Infiniti and Audi are all fitting their cars with the latest gadgets such as semi-autonomous driving modes at a competitive price point while the Giulia boasts nothing out of the ordinary.

But what’s the achilles heel of the Giulia? It’s the same as every Alfa: Dependability.

Alfa Romeo’s are notoriously known for being a bit unpredictable when it comes to reliability. Under the Fiat Chrysler umbrella, not much is different. Most FCA brands rank at the bottom of all reliability and dependability tests (such as JD Power). The small beacon of hope here is that the Giulia shares little in common with any other FCA product but only time can tell if the Giulia is any different.

Looking at the big picture, Alfa Romeo hit a homerun with the Giulia in terms of what it needed to do. Dynamically, it’s one of the best in its class and as a whole, it provides an excellent, engaging driving experience while remaining civilized at the same time. The big picture is that the Giulia is a more well-rounded version of the 3-Series and C-Class. Alfa can only hope that, paired with its Italian flare, it will be enough to lure away a sizeable chunk of sales. After all, it’s going to be the success of cars like the Giulia that determine the fate of Alfa Romeo.

Are you in the market for a new or used car but don’t know where to start? Reach out to me at thefastlane.highlander@gmail.com and I’ll help you out with the search.