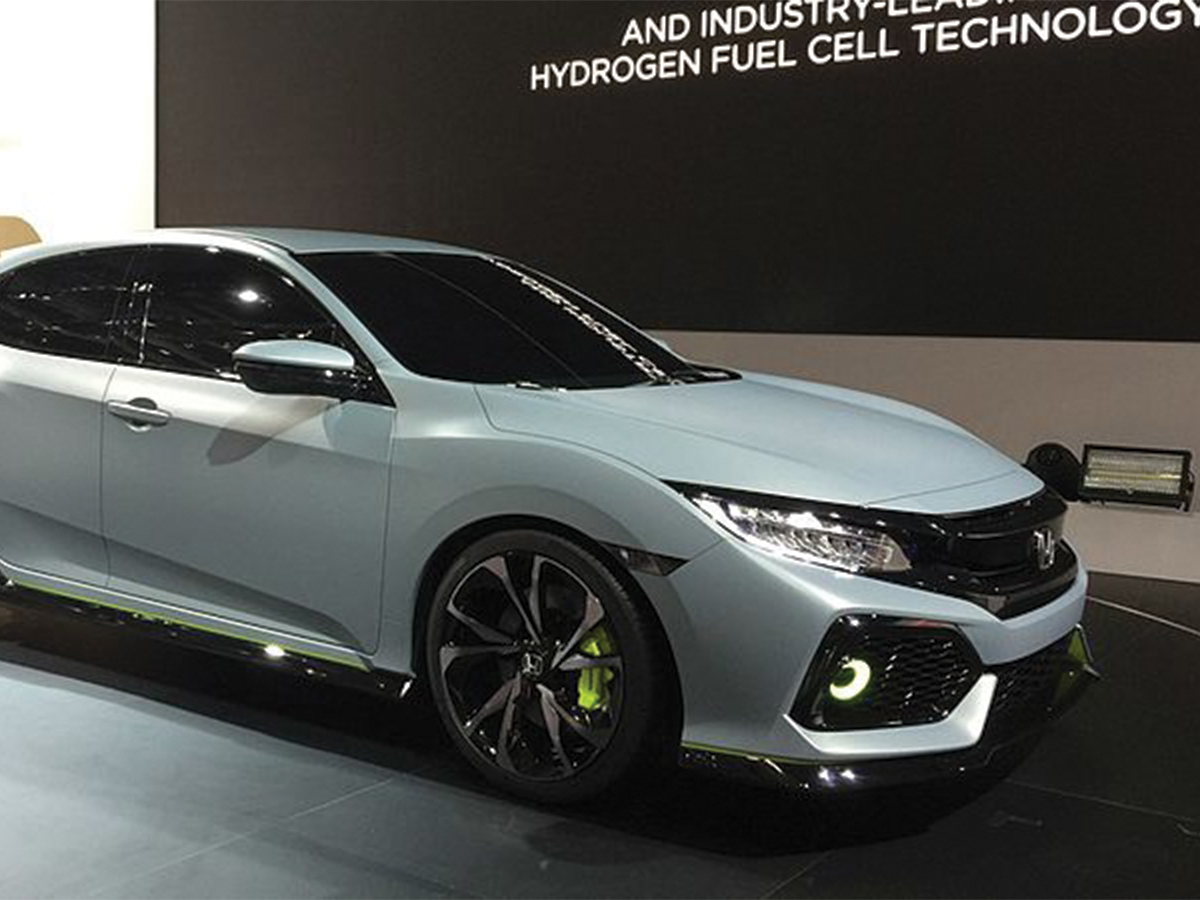 If you’re in the market for a compact sedan, new or used, the Honda Civic is definitely going to be on your radar. For generations, the Civic has built up a reputation for being a practical, economical, dependable and fun sedan that lies within an affordable price range. As a result of its well-roundedness, it’s one of the best-selling cars in automotive history and considered the benchmark of its class.

The Civic has been sold in the U.S. since the 70s and instantly became popular when the demand for fuel-efficient cars was high during the decade’s energy and oil crises. For the past few generations, however, the Civic has lost some of its glory. This decline in prominence started with the seventh generation (2001-2005) Honda Civic which sported a less intriguing appearance and mundane driving dynamics. The eighth generation (2006-2011) was a definite improvement with better dynamics and styling than its predecessor but still paled in comparison to its rivals at the time such as the Mazda3.

But things didn’t go sour until the ninth generation came out in 2012. Honda gambled on the Civic by moving away from sportiness and heading toward comfort and quietness: The result was a car that was fully devoid of character and soul. That’s not to say the Civic was a bad car — it was still the same dependable, economical and affordable workhorse it had always been — but it simply became a bland machine. As a result, the Civic was poorly received and Honda was forced to go back to the drawing board and refresh the Civic for 2013 just after one year. They rolled out a significantly improved car but there was still plenty of room for improvement.

The 10th generation (2016-present) Civic was an important car for Honda. The Civic now competes in a crowded segment full of more capable competitors and in order for Honda to regain some of its lost credibility, the Civic had to be a home run. The 10th generation Civic hit the showrooms in 2016 and is finally a signal of return to not only the Civic’s glory days but Honda’s as well.

For the 10th Generation, the Civic was completely redesigned, riding on Honda’s brand new Compact Global Platform. The new exterior design is a huge departure from Civic’s prior with a sleek, fastback-like design and sharp character lines throughout the car. Following generations of pedestrian design, the Civic now finally begins to stand out from the crowd.

These same changes followed suit in the interior. The outgoing model had a two-tier dashboard that looked like it came straight from The Jetsons but for the 10th Generation, Honda returned to a more traditional layout albeit with a more modern design.

The Civic now competes in a crowded segment full of more capable competitors and in order for Honda to regain some of its lost credibility, the Civic had to be a home run.

However, the significant changes were made under the hood. The outgoing model came with an underpowered 1.8-liter, four-cylinder that paled in performance compared to the cars like the Mazda3 and Volkswagen Jetta. For the 10th Generation, the Civic gained two new engines: A base 2.0-liter, four-cylinder producing 158 horsepower and 138 lb-ft of torque as well as a 1.5-liter, turbocharged four-cylinder with a 174 horsepower and 162 lb-ft of torque with both engines delivering power to the front wheels. Power is delivered through Honda’s silk-smooth continuously variable transmission (CVT) transmission or an optional six-speed manual.

Behind the wheel, the Civic feels like no slouch. Both powerplants feel like they have plenty of power under them to make everyday driving more comfortable. The 2.0-liter, naturally aspirated motor will hit 60 in 8.2 seconds, which is competitive for its class, but the real surprise comes with the 1.5-liter turbocharged motor, which will complete that run in a shade under seven seconds (a time that is quicker than most cars in its class). I found the CVT to be very smooth but it still took away from the driving excitement. The optional six- speed manual would revert that. The steering has a tiny dead spot in the middle but is sharp and light nonetheless. It’s by no means a driver’s car but is definitely enjoyable and engaging to drive — something that can’t be said about some past Civics. I found the ride and road noise to be much improved in comparison to previous Civics, which are known for being noisy, and overall much better than some competitor cars.

I was a big fan of the Civic’s interior. The materials had good quality and were soft to touch, the plastics weren’t rock-hard and nothing felt flimsy. The styling became a little more traditional in comparison to the last generation but still had its own uniqueness. The touchscreen was a little difficult to use as were some of the infotainment controls. The main cause for concern was the volume control system, as Honda replaced the traditional knob with a counterintuitive slider. The standard cloth seats were very comfortable and the cockpit had ample leg and knee room upfront. In the back, I found the swoopy styling to intrude a bit on the headroom but was overall still spacious for a compact.

The base model — Honda Civic LX — also comes with a slew of standard equipment as well as a back-up camera, automatic headlights, Bluetooth and a 5-inch infotainment display. Upgrade to an EX, which starts at $21,140, and you’ll get a sunroof, an upgraded infotainment system with Apple CarPlay and Android Auto and Honda’s LaneWatch blind spot safety system which displays an image of the right lane on the infotainment screen. If you’re willing to splurge a little over $23,000 on the top-of-the-line Touring model, you’ll be treated with heated-power leather seats and a navigation system in addition to the EX’s features.

For the last few generations, we’ve only received the Civic as a Sedan and Coupe, both being offered in the sportier Si trim. The 10th generation Honda not only brought back the hatchback body style but also provides the Civic Type R stateside. A new Civic Si was recently unveiled but Honda didn’t release any performance numbers yet. It’s safe to expect a turbocharged 1.5-liter, four-cylinder producing around 230 horsepower with a six-speed manual priced around the neighborhood of 25 grand. The Si will squarely compete with the likes of the Volkswagen GTI, Subaru WRX and Ford Focus ST in its various body styles.

If the Si isn’t enough to satisfy, the Type R will be the real performance hound of the Civic lineup. Effectively Honda’s first performance car since the S2,000 kicked the dust and went to automotive heaven in 2009, the Type R (only available as a hatchback) boasts a turbocharged 2.0-liter, four-cylinder engine pushing 306 horsepower and 295 lb-ft of torque through a six-speed manual to the front wheels. The Type R will compete with similiar hot hatches like the Ford Focus RS, Volkswagen Golf R and the Subaru WRX STI sedan. Expect the Type R to hit showrooms later this spring with a price tag in the neighborhood of 35 grand.

Despite being the home-run Honda needed, the Civic still has some, albeit very few, shortcomings. While the CVT transmission is smooth and responsive, I found it to rob the car of some enjoyment. I didn’t get a chance to test drive the six-speed manual, but regardless, a majority of Civic sales will belong to the CVT. Even though the styling is a huge departure from the previous generation, I find it to be a bit over-styled, particularly the hatchback. While it has a sporty and sleek design language, I find it to lack the elegance and poise of some of its contenders.

The Civic has long been an easy choice when it comes to picking a compact sedan. However, in recent years, several automakers have stepped up their game to try to take a sizeable chunk of sales away from segment leaders like the Civic. Cars like the Chevrolet Cruze, Hyundai Elantra and Mazda3 have established themselves as competent and formidable challengers to the Civic, no longer making the Civic one of the obvious, go-to choices. With a lot on the line, Honda delivered with one of the best Civics yet. While the car has its shortcomings, almost none of the Civic’s competitors can do everything as a whole as well as the Civic can while still offering you the peace of mind that comes with Honda’s legendary reliability. That winning formula is what makes the Civic the best-selling car in its class and one of the best-selling cars in America.

Are you in the market for a new or used car but don’t know where to start? Reach out to me at thefastlane.highlander@gmail.com and I’ll help you out with the search.