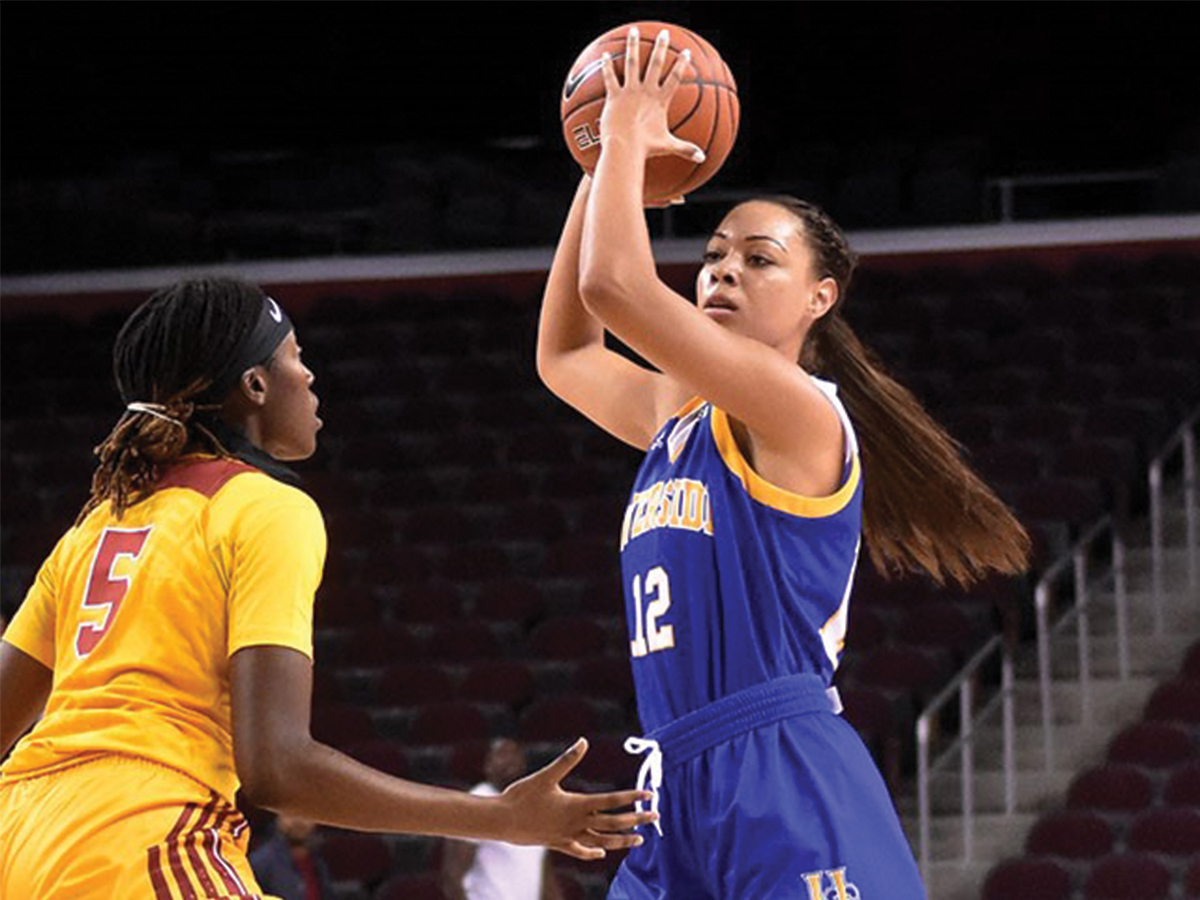 Verin, who nearly flirted with a triple double against UCSB, as well as fellow senior Diamond Machabie, did not play in UCR’s 75-63 win over last place Cal State Fullerton (4-21, 1-11).

The reason? The two seniors have been dismissed from the team for the rest of the season due to violating team rules.

Between the two players, there’s little doubt that Verin’s lack of presence is a larger blow to the rest of the team. Verin was named First Team All-Conference last season, and was also second in the Big West in scoring, averaging 17 points and 8.6 rebounds per game. She also led the team last season in field goal percentage, assists, rebounds, steals and blocked shots.

With Verin’s absence, every player on the team will need to take their game up a notch in order to maintain a successful season — which the team did on Saturday during the Fullerton matchup. Junior transfer Lauren Holt had a game high of 20 points, along with a team high of 10 rebounds, recording her first ever double-double. Curry continued her efficient scoring with 18 points, along with Simone DeCoud’s 17 points — all of which were scored in the first half alone.

The Highlanders will need to continue their efficient play if they look to close in on Davis and Long Beach State for at least one of the two top spots in conference. Their next game will be at home against Long Beach on Thursday, Feb. 23 at 7 p.m. with the number two rank on the line. UCR then hopes to avoid a season sweep when they play at Cal State Northridge (15-11, 8-4) on Saturday, Feb. 25.