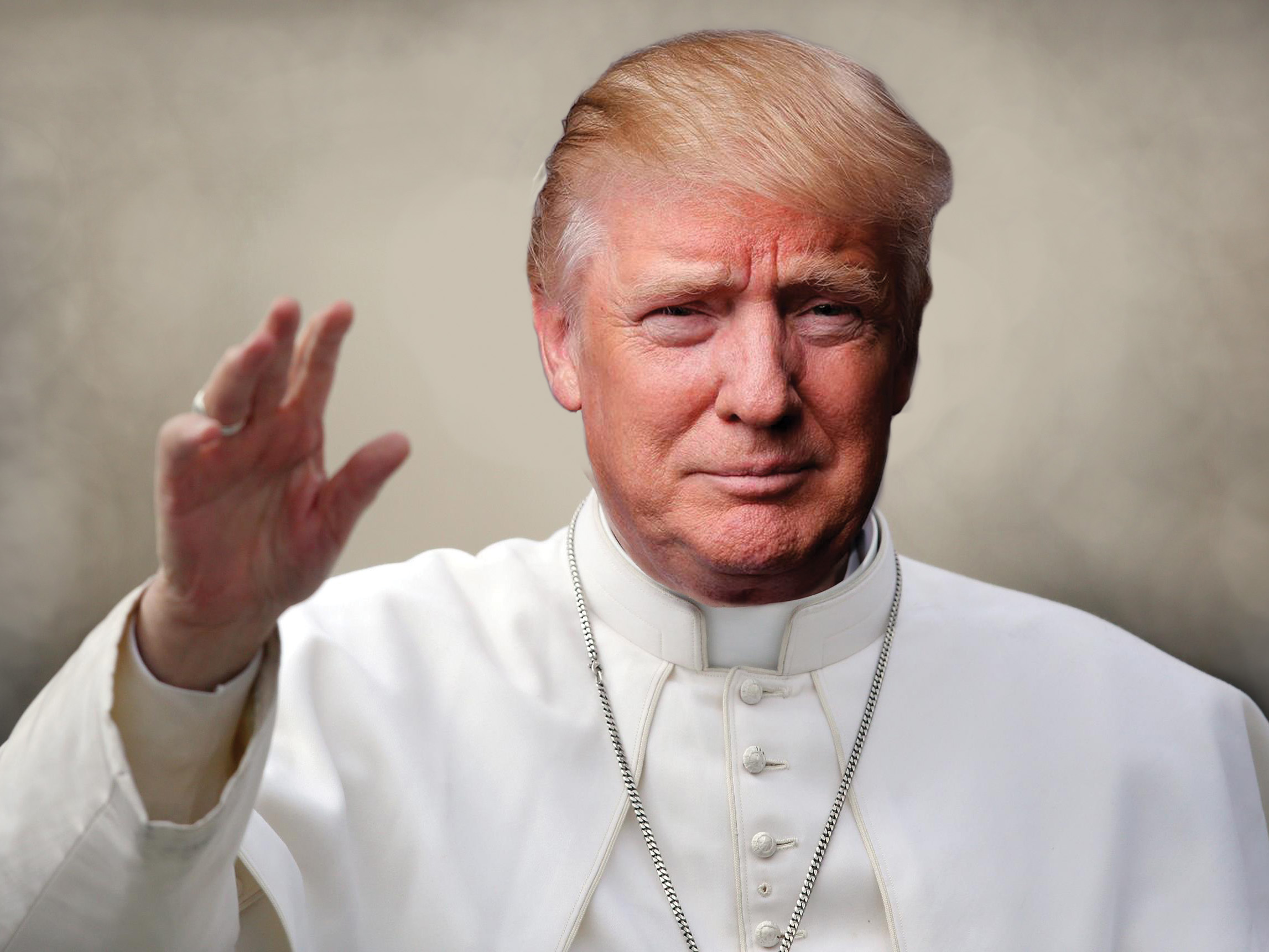 In a shocking series of events, the international phenomenon deemed by experts as “Freaky Friday” has hit the White House and the Vatican in tandem, switching up roles that carry global reverberations.

It was announced Friday, March 31 that, in response to the phenomenon, President Donald J. Trump and Pope Francis have apparently switched bodies, with Pope Francis in the White House and Trump in the Vatican. “Effective immediately, I will be giving complete control of the United States to Pope Francis. Believe me, the Pope will be an asset to the nation. This thing will be huge,” Trump said in a televised statement to the nation from the Oval Office on Friday.

To further complicate Freaky Friday, Trump revealed he would become Pope in Francis’ stead, assuring Catholics worldwide he would “Make the Vatican great again” as he began to cite a list of issues he plans to fix by instituting tax reform, a plan to increase jobs within the Vatican and revealed his goal to build a “great wall” between Italy and Vatican City in order to “stop illegal Italians from coming into the Vatican” adding that “the Vatican’s borders are so porous, it’s out of control.” He noted that Italy will pay for the wall.

Trump also announced his ambition to launch the 13th crusade against IS (Islamic State group) and various terror groups throughout the Middle East. Acknowledging there were only nine major crusades, Trump said “10, 11 and 12 are weak numbers” and skipped the three numbers to emphasize how much “winning we will accomplish.” Trump did not give any details on how he plans to accomplish his crusade.

In the final words of his speech, Trump assured Catholics they are going to “win so much, it will be amazing, so amazing.”

In a speech to his followers from St. Peter’s Basilica not long after Trump’s address, Francis declared, “As president of the United States, I will bring the country together and unite it under God” and that it is now his “responsibility to enable this country to grow as a nation.” Pope Francis also declared he would welcome refugees with open arms saying, “I will build bridges, not walls.” Other than his declaration on immigration, Francis did not give any more detail on what he plans to do as president.

Leaf Ruiz Montoya, a third-year ethnic studies major with a minor in lesbian, gay, bisexual and transgender studies embraced the change saying, “Trump is a bigot and he does not get us. We need to smash this white supremacist capitalist patriarchy (sic) oppression.” When pressed for specifics about whether Francis would make an adequate president, Ruiz Montoya replied, “I feel like the pope is kind of a cool guy like he could free us from all this oppression.”

Joshua Williamsburg-Smith, a fourth-year electrical engineering major with a minor in mathematics, supported the switch. “Even though Trump is doing an OK job, as a Catholic, I welcome Pope Francis becoming president.”