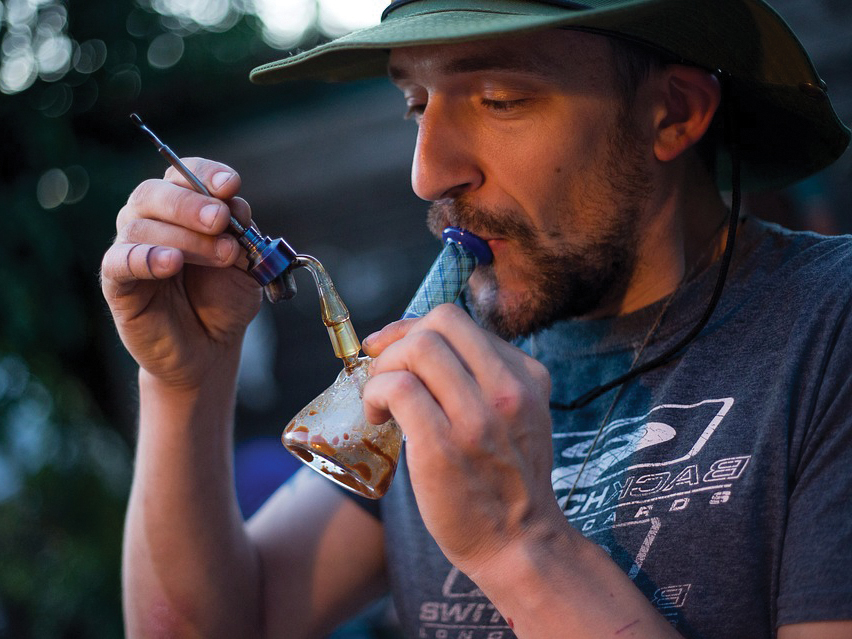 As more states continue to legalize marijuana usage, there will be more conversation and trial of marijuana from young and old people alike. On the other end, there are, and will always be, the adamant opponents to marijuana because they deem it to be immoral or associated with criminal activity. Even if it could benefit themselves or their loved ones, some elderly people still refuse to be open-minded about marijuana. For example, an elderly woman’s husband qualified to use marijuana “under several illness categories in New York State but that would mean talking about cannabis with a doctor, which the 85-year-old woman refused to do.” This story is not an anomaly; unfortunately the misconception that older people do not use, or support, marijuana usage is very robust. Fortunately, older people in America are not listening to that flawed stereotype and actually are enjoying marijuana — and they have every right to if they choose to.

Sue Taylor, a former school principal, used to be one of these older people who was completely anti-marijuana. Taylor constantly advocated against drugs until her son got into the pot business. Due to his involvement, Taylor decided to do research into marijuana and found it to be very useful. One of the major reasons Taylor switched her stance on marijuana was because she learned about its health benefits, especially in alleviating arthritis in aging people. Taylor explained, “There are tinctures and rubs that you could actually put on your legs, on your knees, across your back, wherever you’re having any arthritic pain.” Evidently, marijuana can have healing powers. Taylor’s experience provides a contrary perspective to an extremely demonized drug in American society.

Not only can marijuana ease arthritis in aging people, but it is also used to treat debilitating symptoms, such as muscle spasms from multiple sclerosis and nausea from cancer chemotherapy.

Although marijuana has several health benefits, when consumed on a habitual basis and in large amounts, it can cause lung problems — including lung cancer — and memory, learning and attention difficulties. Even though there are definite pros and cons to marijuana usage, many middle-aged and elderly people still see marijuana as a positive alternative to their pain. In fact, according to a research study done by the Centers for Disease Control and Prevention, only 7.4 percent of Americans ages 12 to 17 years old smoked marijuana regularly in 2014 in comparison to 8 percent of 35 to 44 year olds who used marijuana regularly in 2014. This finding is very salient because it demonstrates that adults’ marijuana usage surpassed that of teens for the first time since at least 2002. Additionally, marijuana usage increases have been across the age spectrums because since 2002, regular marijuana usage among Americans ages 45 to 54 increased by nearly 50 percent and among ages 55 to 64 it increased a whopping 455 percent (for seniors over 65, the increase was 333 percent since 2002).

These increases in regular usage are solid examples of the level of open-mindedness that middle-aged and elderly people are having toward marijuana. Additionally, as more states continue to legalize marijuana and it becomes more easily accessible, there could continue to be large surges in usage from young adults to senior citizens. Now even though I don’t smoke marijuana, I support the rights of all people to do so, regardless of their age. Marijuana is age-inclusive and it does not discriminate on who can benefit from its healing powers. Whether one uses marijuana to deal with various kinds of pain or simply to get “high,” marijuana usage should not be seen as a criminal activity or a deviant act, but rather as an individual choice that we all have the power to make for ourselves. Enjoy yourself with marijuana and please smoke (or consume) responsibly.