On Tuesday, May 9, the on-campus student organization Students for Justice in Palestine (SJP) erected a mock “apartheid wall” to shed light on the Israeli-Palestinian conflict.

The wall, which stood by Coffee Bean in the HUB upper plaza was displayed from 12 p.m.-4:30 p.m. and showed images and facts of the conflict that has persisted for decades with names of California college campuses that have displayed the wall.

One sign read “Theft of the Land,” showing a map of Jewish settlements in the occupied West Bank. Another in Banksy street-art style showed helicopters flying over a town splattered with red paint, with “Free Palestine” written in the bottom right corner. A quote from Martin Luther King, Jr. declaring “True peace is not merely the absence of tension: it is the presence of justice” was painted at the top.

President of SJP, Yasmeen Dabbas, explained that SJP wanted to bring “awareness to the fact that there is an apartheid wall in the world and people don’t realize it and that there is an occupation going on against Palestinians.” She went on to say that this conflict is under-represented in the U.S. because of the U.S. government’s alliance with Israel.

Fourth-year psychology and sociology double-major and vice president of SJP, Arman Azedi, explained his personal feelings toward the wall. “Palestinians are denied basic human rights such as water, electricity, they’re not allowed self determination as an entire nation, they’re humiliated personally and nationally as a result of the occupation.”

Ellen Horowitz, president of Hillel, a Jewish student organization at UCR, said “Hillel supports and encourages the freedom of speech for our fellow Highlanders,” but went on to say that SJP’s wall contained “many half-truths and cherry-picked quotes, which saddened the academics in our community.” Horowitz concluded with how proud she was of the UCR Jewish community for handling “this event with grace and dignity.”

It was confirmed on Wednesday, May 3, that American professor and UCR alumnus Tony Kim is being detained in North Korea following his attempted departure from the North Korean capital of Pyongyang’s airport on Saturday, April 22. Kim, who also goes by Kim Sang-duk, was in North Korea to teach as an adjunct professor at the Pyongyang University of Science and Technology.

Kim was accompanied by his wife at the airport, but she was allowed to return to the United States. North Korean officials claim that Kim is being held under the suspicion of carrying out “hostile criminal acts with an aim to subvert the country.” The Korean Central News Agency reports that law enforcement officials are investigating the allegations.

This is the third of four confirmed arrests and detainments of American citizens in North Korea. The other three Americans are Otto F. Warmbier, Kim Dong-chul and Kim Hak-song, the first two Americans have been charged with varying crimes and are currently serving their sentences, with the latter being arrested this past week.

Due to the escalating tensions between the US and North Korea, the US has established a Korea Mission Center to monitor relations and development of advanced weaponry in North Korea.

UCR Assistant Vice Chancellor of Strategic Communications James Grant told the Highlander, “Sangduck Kim, also known as Tony Kim, graduated from UCR in Fall 1990 with an MBA. We send our best wishes to Mr. Kim and his family and friends.” 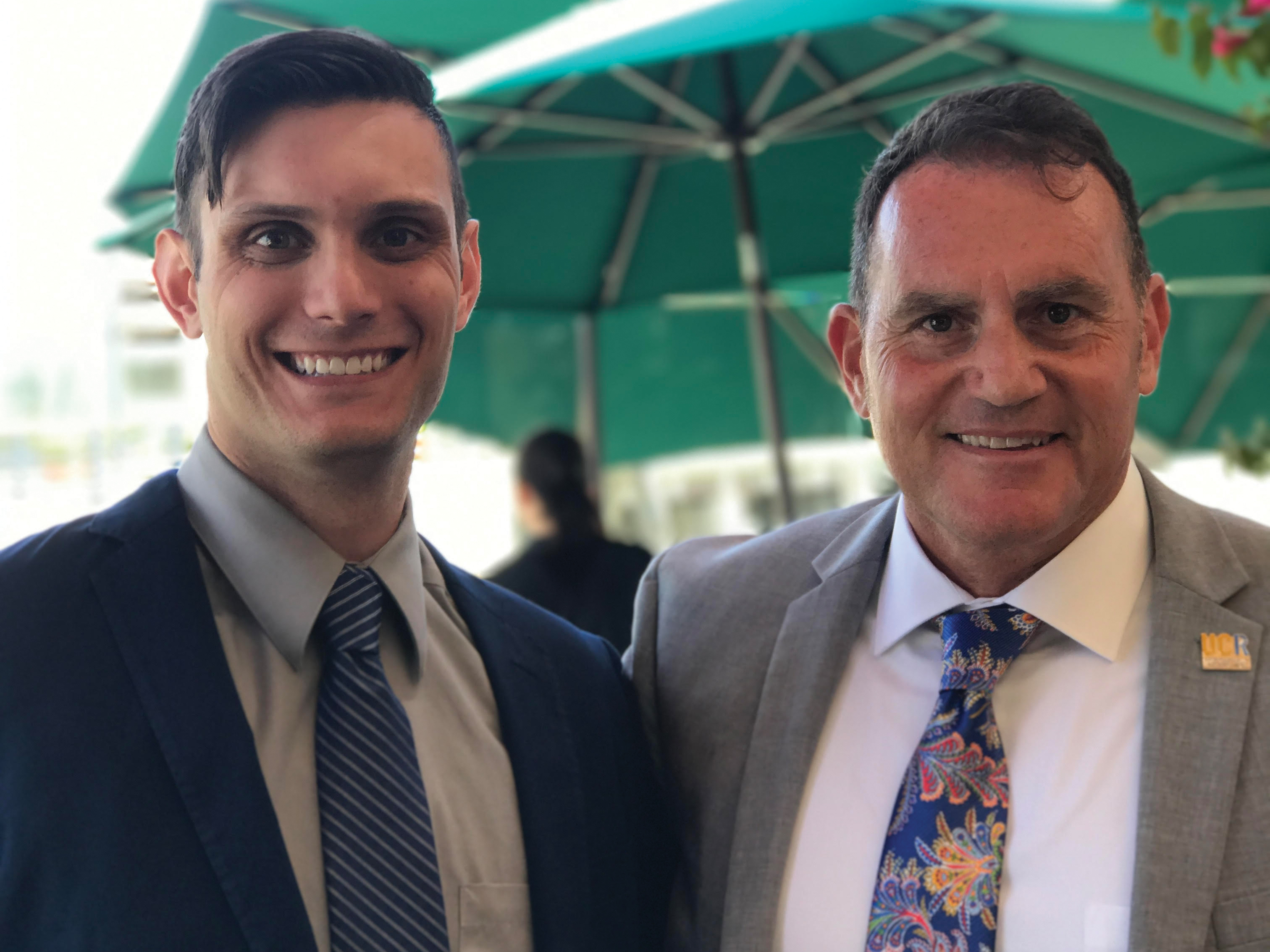 UCR professor of biomedical sciences Dr. Maurizio Pellecchia and bioengineering graduate student Joshua Burns were recognized by UC President Janet Napolitano last week as part of the University of California’s “I am a UC Entrepreneur” program. In a ceremony held in Oakland on Friday, the pair represented the two UCR choices, selected from a pool of 340 applicants in a video contest designed to foster innovation and entrepreneurship. The event, hosted by Napolitano and Christine Gulbranson, UC vice president of innovation and entrepreneurship, presented an opportunity for the 19 winners of the California-wide campaign to pitch their ideas to Silicon Valley venture capitalists.

Dr. Pellecchia’s work was recognized for advancements in therapeutic methods. Of particular interest to Pellecchia’s lab are protein targets, which function as markers that could potentially one day be used to accurately single out cancerous tissue in chemotherapy patients, ignoring healthy cells and only annihilating tumor cells. Additionally, the lab has worked on improving treatment procedures for Lou Gehrig’s disease (ALS), using techniques such as synthetic chemistry and nuclear magnetic resonance (NMR) imaging to combat neurodegeneration. Asked about his award, Pellecchia said, “I am particularly humbled and honored by this recognition … the collegial and collaborative spirit at UCR is remarkably inspiring.”

Mr. Burns’ project, Smart Probes, aims at using light-based technologies to detect and treat cancer. Like Pellecchia’s work, Smart Probes could one day mitigate the side effects of chemotherapy as drugs only target marked tumors. Additionally, however, Burns’ design includes the use of red blood cells to deliver drugs to their intended locations bypassing body defenses and increasing drug circulation time in the body. “It feels great to be recognized by the UC President Janet Napolitano. I wouldn’t be where I am today without the help and support of UCR,” said Burns.