The 2017 season has come to a close with plenty of memorable moments. In the fall, volleyball saw senior Maddie Hubbell become UCR’s all-time digs leader with 1,695. Winter saw both men’s and women’s basketball compete in the Big West Tournament where the women’s team won their first round matchup against UC Irvine 92-60 before falling to UC Santa Barbara in the quarterfinal. The spring saw women’s golf’s standout sophomore Jakeishya Le compete in regionals for the second straight year, and track and field sent six different athletes to NCAA preliminary rounds. While the year is coming  to an end, for the dedicated athletes of UCR, there is no break. Below, we reflect on the performance of fall quarter’s teams and offer projections for their 2017-2018 seasons. 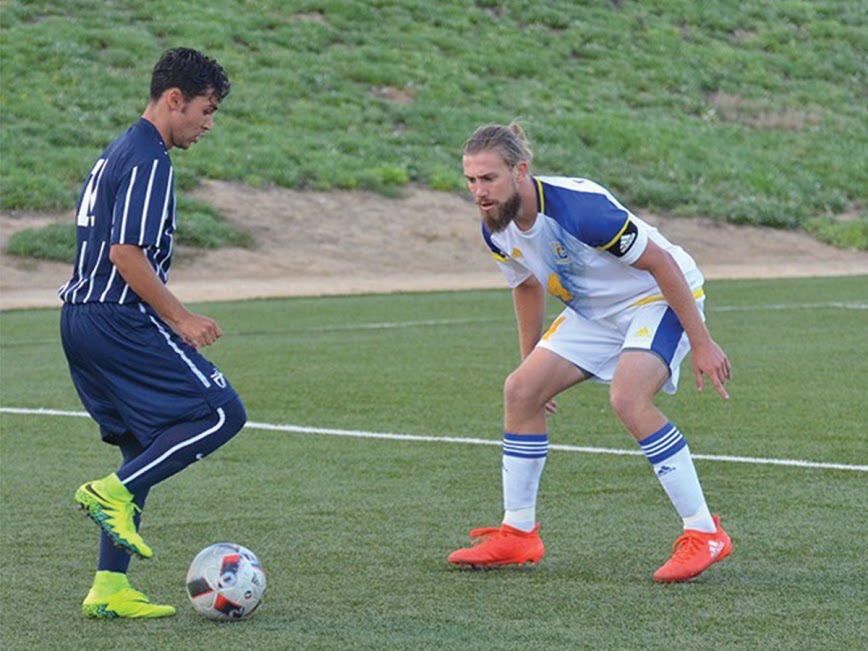 Men’s soccer: UCR’s men’s soccer program has been improving steadily for the past three seasons under Head Coach Tim Cupello and there’s no reason for them to slow down going into next season. The team finished the season with a 9-10-1 record while going 4-5-1 in conference.

The team started with a 3-0 in conference record, but failed to keep up that level of play in the later games of the season. The team sputtered it’s way through the end of the year, losing its last six matches.

Despite the mediocre record and first-round exit in the Big West Tournament, this team has plenty of reason for optimism. The Highlanders had five players earn Big West All-Conference Honors; of those five, three are graduating seniors. This means goalkeeping redshirt junior Vincent Morales and sophomore forward Eduardo Sanchez will have to lead the way next season as the only two remaining players from the five that earned Big West Conference Honors.

A huge factor in next year’s season will be whether the current juniors on the team can step up and fill the holes that the graduating seniors will leave empty. 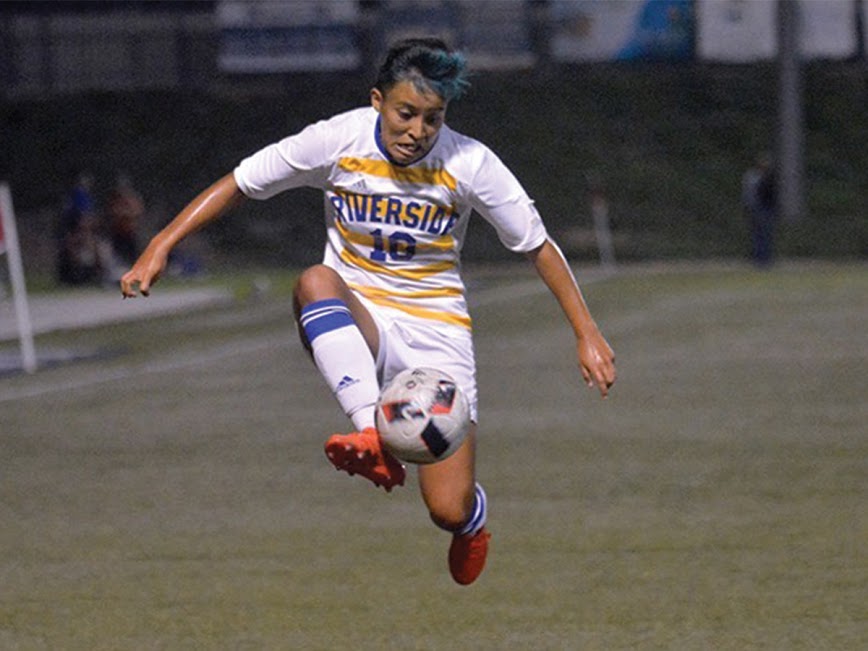 Women’s soccer: The women’s soccer team took a step back this season under fifth-year Head Coach Nat Gonzalez, finishing with a 5-10-4 record only a year after finishing 11-9 in 2015. The 2015 team also went 5-3 in the Big West while this year’s squad finished 2-5-1 in conference.

Junior midfielder Hailey Maxwell and senior midfielder Blanca Barrio both earned Big West All-Conference Honors while freshman defender Amanda Roy earned a Big West All-Freshman Team nod, but none of those players could do much to salvage the team’s season. Despite the bad record, Maxwell and company posted an average of 1.24 goals against per game, which was the lowest in seven years. The seven clean sheets recorded by the Highlanders this season were also the most since 2009.

The key for this team going forward is to find some offensive talent to score some goals while Maxwell and the rest of the defense continue to shut opponents out. If they can do that their win total and overall play should improve. 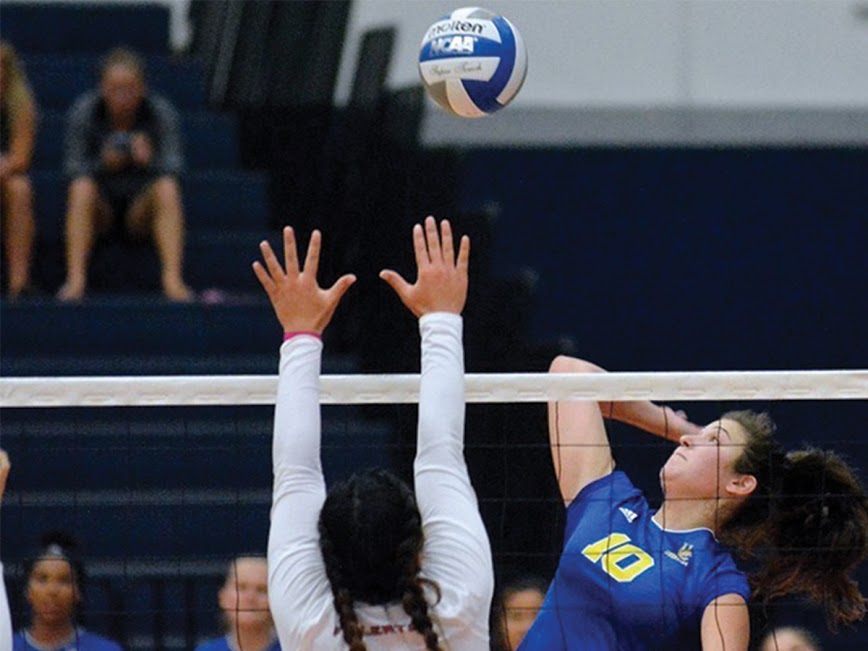 Volleyball: The women’s volleyball team finished the season with an 8-20 overall record, and finished 3-13 in their conference. The biggest concern for the team is the fact that senior setter Maddie Hubbell is graduating and will no longer be on the roster. Hubbell set the school record for digs in her four years on the team with 1,695.

One of the team’s only bright spots looking forward are freshman outside hitter Mickayla Sherman and sophomore setter Chelsea Doyle. Sherman was named to the All-Freshman Team and led the Highlanders with 312 total kills. Doyle showed a knack for setting up teammates for kills and looks to be an ideal replacement for Hubbell if their could be one for a player who has meant so much to the program.

If Doyle and Sherman can build on what they did this year the Highlanders should be able to add a couple more victories next season.

Men’s Cross Country: This past season marked Nate Browne’s second as director of cross country and track and field after taking over for longtime director Irv Ray. This year’s men’s cross country team finished the season with a 22nd out of 29 finish in the NCAA West Regionals after finishing 21st out of 39 last season. The team was led by redshirt Solomon Demeku-Ousman who topped the UCR men in the 10k with a 91st-place finish. Demeku-Ousman shaved nearly 20 seconds off his finish time from his 2015 NCAA Regional appearance, finishing the year with a time of 31:43.2.

The men’s team goes as Demeku-Ousman goes and he only seems to be getting better as he continues to improve his race times each year. However, he is not the only runner on the Highlander team who showed impressive talent this past season. Freshman Arman Irani just missed the top 100 in the NCAA West Regional as he finished 105th with a time of 32:02.9.

Next year’s campaign for the men’s cross country team will most likely include yet another trip to regionals, but expect more than just Demeku-Ousman to place well as this roster is loaded with young talent and only two departing seniors (Cesar Solis and Carlos Lopez). 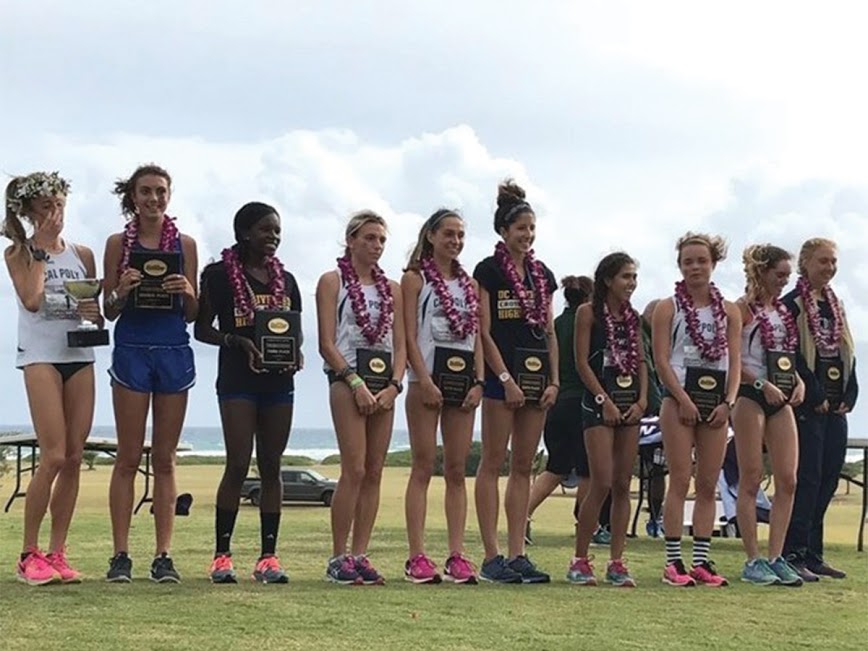 Women’s Cross Country: The women’s cross country team hauled in a 28th of 35 place finish in the NCAA West Regionals led by redshirt junior Faith Makau, who topped both sides placing 53rd with 20:44.1, almost a minute faster than her time in last year’s regional. Makau also came in third place in the Big West Championships.

Makau and the rest of the women’s cross country team is poised and ready to win the Big West next season and place even higher in regionals as this team is only losing two seniors, Dominique Dowell and MaryAnn Holiday. Speaking of youth, redshirt junior Weslie Totten, who finished sixth in the Big West Championships’ 5k with a time of 17:47.15, has continued to improve her time each season, setting this team up to potentially run away with the Big West next year.