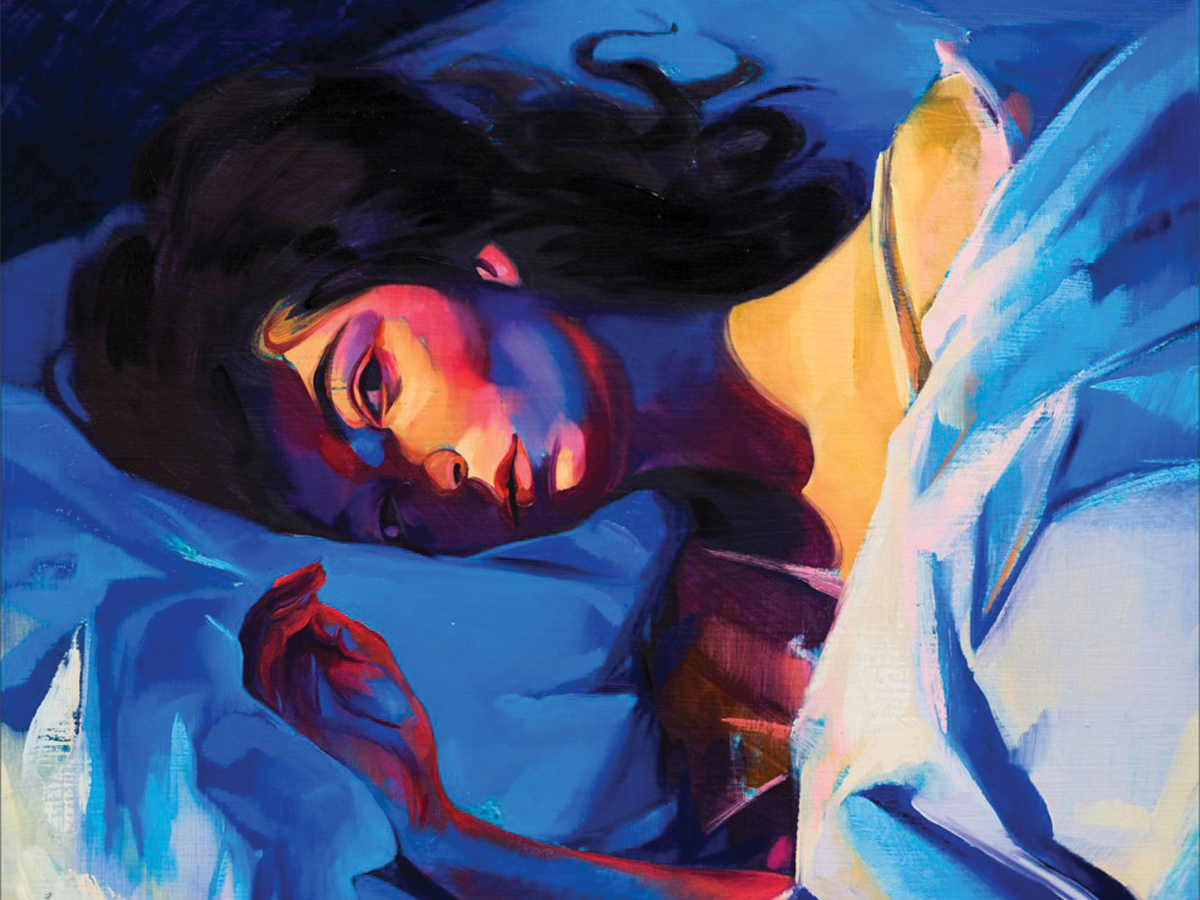 Empty vodka bottles, clothes on the floor and rearranged furniture leave traces of a party that poses the thought: What happened last night? Fumbling over the furniture and bottles as you trace through the remnants of the party recollecting not what transpired, but rather who were you last night. Lorde, in the sobriety of the morning after, echoes this thought process on “Sober II Reprise,” singing, “Lights are on and they’ve gone home / But who am I?” It’s an insularity of stark solitude, both sobering yet completely existential, that captures the essence of  “Melodrama,” Lorde’s sophomore album.

In a way, the only way to listen to Lorde is with your earbuds, as “Melodrama” isn’t music for the party (the entire concept album takes place at one singular party), but rather for the grotesque moment when you look into the bathroom mirror and realize your youthful, beautiful self has diminished. The glittery eyeshadow that made you feel iridescent walking out the door has recoiled into a nagging voice asking you why you bought that stupid color anyway. Sobriety is not only a moment of self-awareness, but one of loss of control. “We’re king and queen of the weekend / Ain’t a pill that could touch our rush / But what will we do when we’re sober?” Lorde sings with a pressing urgency, equipped with horns and sinister drum beats on “Sober.” The curiosity in awkward musical arrangements like the brassy horns on “Sober” characterizes the entire record like in the lead single, “Green Light.” Or like in the tongue-in-cheek “Loveless,” a millennial ennui chant of ghosting a lover.

“Green Light’s” glitch, according to pop music genius Max Martin (responsible for all of your favorite songs for the last two decades) is the incorrect time signature of the drums that come in too late on the first chorus. Lorde liked Martin’s comment, adding the incorrect math added to a disjointed feeling between verse and chorus. These intentional sonic glitches override the formulas of the supposed perfect pop song for the feeling itself like in “The Louvre.”

Lorde cites Frank Ocean’s “Blond” as an influential force to be liberating, as the instrumentation is as detailed as the lyrics in “Ivy” or in “Pink + White.” “The Louvre” fits right in with those two songs, all three surrendering to the instrumental gifting language giving life to indescribable moments like falling in love. The absence of words in “The Louvre,” adrift and roosting on a guitar, dovetail into the sublime.

The expansion of Lorde’s sonic pallet is accredited to Bleachers’ Jack Antonoff, housing her voice in airy yet stark production with spacious and luxe 80’s synth, guitar and jangly piano. Instead of chasing musical trends that sound cheap and lazy, the type that her anti-pop star contemporaries like Halsey, Alessia Cara, or even traditionalist popstar Katy Perry are riding, Lorde anchors and expands the sounds of moody metallic trap beats of “Pure Heroin” into spacious guitars and pop ballad piano. “Homemade Dynamite” pristinely exemplifies this, giving her voice enough space to breathe and tailwind the neon-synths reminiscent of Disclosure’s atmospheric house record, “Settle.”

Lorde builds the the first half of the record by romanticizing youthful days of pristine beauty, but it does not come without a cornerstone of distraughtness. Lorde, like any writer, understands the sad limits of memory. “Writer in the Dark,” is the album’s cry for help in the dark. She sings, “I‘ll love you until you call the cops on me / But in our darkest hours, I stumbled on a secret power / I’ll find a way to be without you.” She knows the only way to get through is to write through it, that’s is the superpower of the writer. Again, she acknowledges the impossibility of transforming the images from the mind onto paper — one can only attempt to capture the colors of the past. “Supercut” is another gem that understands this. In her most Kate Bush inspired vocal delivery, she unashamedly screams, “Wild and fluorescent / come home to my heart.” The line is vulnerable in its pure desperation to feel something, knowing that the feeling no longer resonates. It is now an empty carcass used and rolled up into a film supercut.

It’s only fitting for the album to end on a glowing utopian note on “Perfect Places.” Anyone on the search for utopia knows the fraught lie that is a utopia. The lie, of course, doesn’t deteriorate those in search of perfect places, instead it affirms those introspective party girls habits that make heaven out of a dance floor and euphoria out of midnight rooftop heart-to-heart. Of course, the source of any introspective party girl habit can not be distanced from the atrocities of the world. Lorde knows this as she sings, “I hate the headlines and the weather / All of our heroes fading / Now I can’t stand to be alone.” Those fleeting moments on the dance floor will suffice just enough to forget it all.

The price of forgetting it all and indulging in that cost is what “Melodrama” oscillates between: Lush and luxe atmospheric sounds at the beginning of the party, and monstrous glances in the mirror late into it affirm your status as a “liability,” a burden to everyone. Is this not the rawness of being in your early twenties where insecurity and naivety harden, developing into emotional armor? How long does this happen? Does it even matter? Perhaps, it all does and doesn’t. The monster in the mirror is also the girl high on the rooftop and that trip is the “Melodrama.”

Verdict: “Melodrama” is a study of being a young woman in her early twenties grappling with the shift of leaving adolescence to find the bruising reality of young adulthood, only to realize your idols are dead, the cities are getting irrationally hotter and the only place of refuge is the dance floor. The introspective party girl, Lorde, is on the hunt to transform the bruising touch of reality into something florescent.