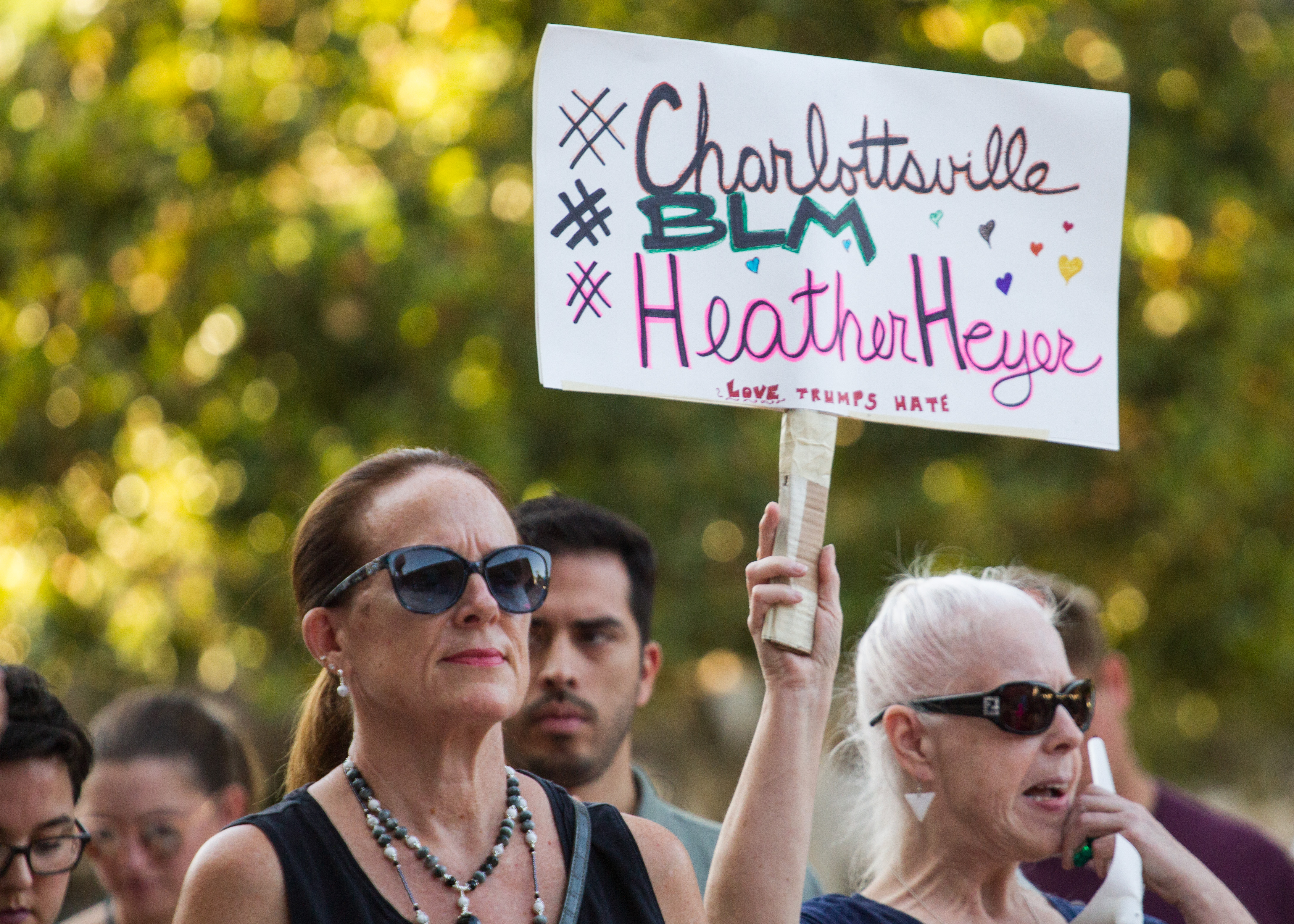 Approximately 250 people gathered at Riverside City Hall on Sunday, August 13 to remember those lost to the August 12 “Unite the Right” rally in Charlottesville, Virginia. The rally, which was led by white supremacist and Ku Klux Klan groups to protest the dismantling of the city’s long-standing Confederate General Robert E. Lee statue, left 19 injured and one woman, 32-year-old Heather Heyer, dead.

The demonstration also resulted in the death of two Virginia State Troopers, Lt. H. Jay Cullen and pilot Berke M. M. Bates, whose helicopter crashed in a wooded residential area for unknown reasons while they were monitoring the protests.

One woman at Sunday’s memorial, Jane Mitchell, is a member of the activist group Indivisible 41, Riverside’s local chapter of the Indivisible movement, a network of local groups teamed to resist President Donald Trump’s policies by using “the ballot box to bring about democratic change,” per Mitchell. During the remembrance, Mitchell released a single Gulf Fritillary butterfly in honor of Heyer.

“We cannot accept this as normal, to accept anything happening as commonplace is an outrage of the highest degree. Heather will not be forgotten.”

Robert Merrill, a teacher at Summit View Independent Study in Riverside, gave an impassioned speech about the importance of unity. “It is not enough to stand here in this city on this day and then go back home to our Facebook pages and our Twitter feeds,” Merrill said. “If you are an artist, capture the moment and create a vision for a peaceful and inclusive future. If you are a writer, put to words your cry for justice and speak out for a peaceful and inclusive future.”

Gilbert Lopez, a disability rights consultant in Riverside, attended with his wife and also spoke on the tragedy. “We cannot accept this as normal, to accept anything happening as commonplace is an outrage of the highest degree. Heather will not be forgotten.”

The memorial lasted about 45 minutes, ending around 7 p.m., with candles being lit at the end of the ceremony.