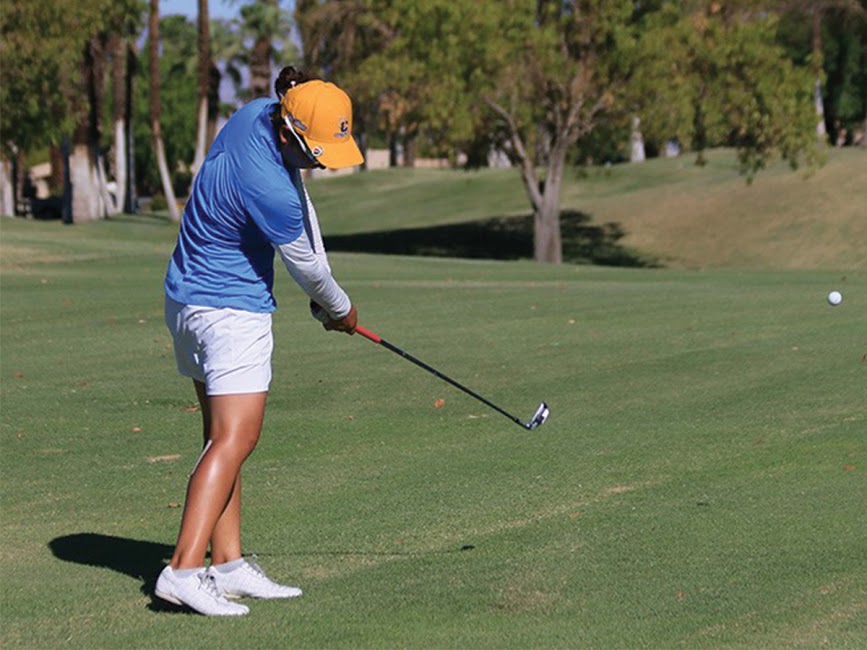 The UCR women’s golf team opened up their 2017-18 season at the Golfweek Conference Challenge in Wolcott, Colorado on Monday, Sept. 25 through Wednesday Sept. 27, finishing  15th overall out of 18 schools. The tournament’s field of competition was particularly strong, as 11 of the 18 teams participated in the NCAA’s postseason last year. UC Riverside freshman Serena Chon shined for the team, finishing 19th overall in her first career tournament as a Highlander. Chon carded a 1-under-par 71 on the first day of the tournament, then followed up the next two days with a 73 and 76 to card a tournament total of 220, 4-over-par. Head Coach Mary Ritchie’s newest recruit became the first freshman to lead the Highlanders in a tournament since junior Jakeishya Le at the NCAA Regionals, back in May of 2016.

The rest of the Highlanders’ travel team consisted of senior Hannah Facchini, who finished tied for 32nd with five other players at 223, Le who tied for 51st with a 227, junior Hana Furuichi who tied for 71st with 232 and senior Julia Sander who tied for 77th with a 235.

UC Riverside was back on the course this weekend from Saturday, Sept. 30 to Sunday, Oct. 1 for the Wyoming Cowgirl Desert Intercollegiate in Palm Desert, Calif. After one day and two rounds of play, the Highlanders were tied for third place out of 12 with Big West rival Cal State Fullerton. Prior to round two, UCR was in seventh place but shot up the leaderboard by Sander’s season-low score of 74 and Le’s 73, tying her for 10th. Chon also improved in the second round, shooting a 76 which moved her into a tie for 25th with Furuichi. In the final round of the tournament Le fired another 73, enough for her eighth top-five finish for her career. UC Riverside finished third overall, behind Hawai”i and Santa Clara.

The Highlanders will next play in the New Mexico State Aggie Invitational from Monday, Oct. 9 to Wednesday, Oct. 11 in Las Cruces, New Mexico.