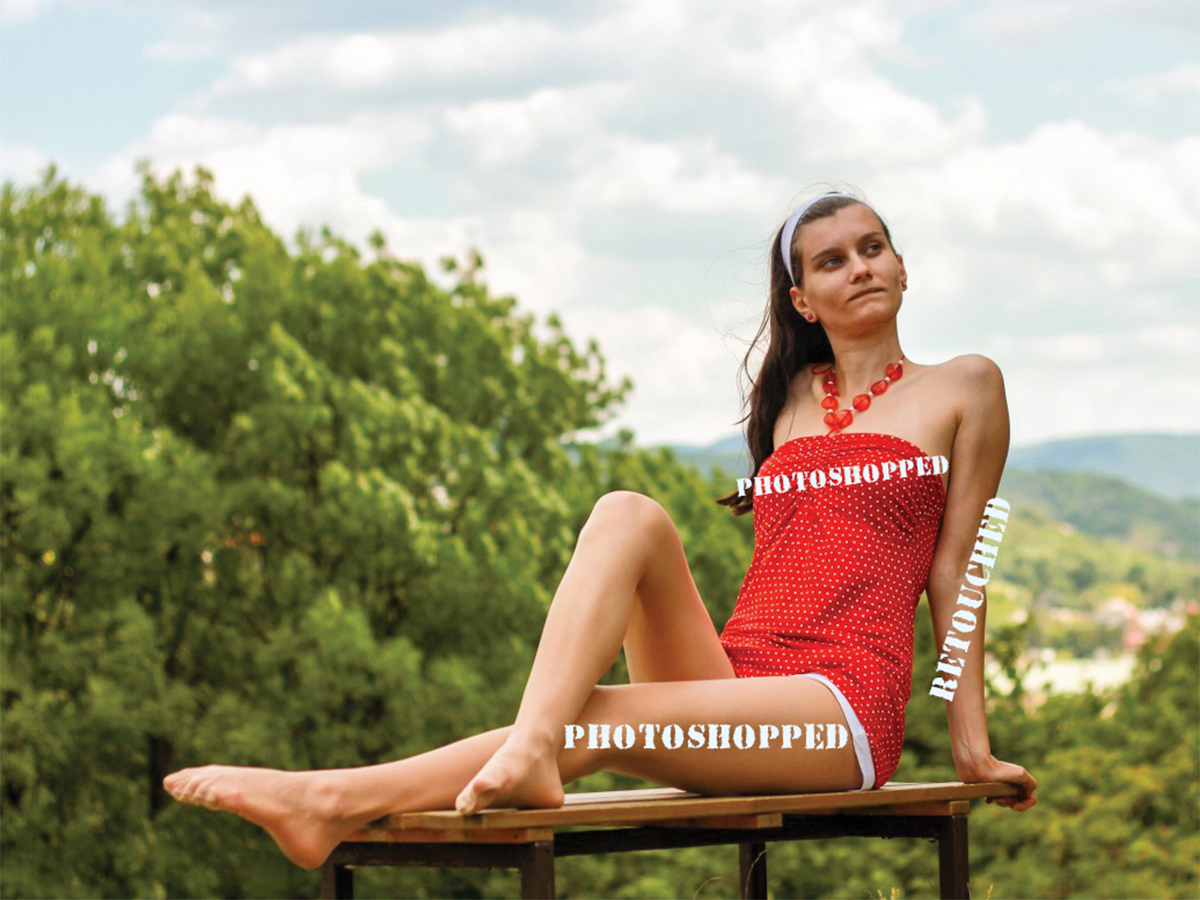 The combined 1.9 trillion dollar fashion and beauty industries reinforce skewed standards of beauty through advertising the unrealistic ideal of extremely skinny bodies, flawless skin, long legs and “perfect” features. It has become easy to forget that this is not how the models actually look and, as a result, body image insecurities, low self-acceptance and eating disorders have become global issues. According to the National Eating Disorder Association, 20 million women and 10 million men in America will have some type of eating disorder, such as anorexia nervosa or bulimia nervosa, at some point in their lives. The South Carolina Department of Mental Health estimates that 8 million Americans (7 million women and 1 million men) have an eating disorder today.

This issue is widespread in France, the proclaimed fashion capital of the world, where an estimated 600,000 people have anorexia nervosa or other eating disorders. Recently, though, the country has issued a mandate that addresses the issue: As of Sunday, Oct. 1, print and online images digitally altered to make models appear thinner must bear a label to indicate that they have been photoshopped; photos that lack this label can be hit with fines of up to 37,500 Euros, which is roughly 44,000 USD. This follows a measure that France established in May which requires fashion models to have a doctor’s note indicating they are at a healthy body mass index (BMI).

This new law is definitely a start in ameliorating the body image issues caused by the fashion industry, but it is still only a small (albeit admirable) step that won’t erase the larger problems of body image and eating disorders. While there are a range of factors that contribute to eating disorders, unrealistic portrayals of beauty in the fashion and advertising industries play a large role for some people, especially those who compare themselves to fashion models that are falsely advertised to them.

For instance, in a 2009 Ralph Lauren Magazine ad, model Filippa Hamilton was digitally retouched to the point where her head was larger than her waist. However, when viewing pictures of Hamilton on the runway, she was a size 8, compared to the size 0 the fashion brand had digitally altered her to be. Hamilton was fired by the company because, in her words, she “was overweight and (she) couldn’t fit in their clothes anymore.” This is exemplative of the repercussions that advertising a fabricated beauty standard has.

Many people will point to fashion ads such as Ralph Lauren’s and say that it’s common sense to know they are fake. While this is true, being aware of digital retouching proves to be insignificant compared to the influence the finished product has. According to the National Association of Anorexia Nervosa and Associated Disorders, nearly 70 percent of girls in grades five through 12 said magazines influence their ideals of a perfect body. And while France has certainly taken the right step toward promoting healthier self-perception with its new law, this is not to say that the law will have a tremendous impact on eating disorders. Unhealthy ideas about body image will continue to persist, with or without a label.

Even so, France’s law, which follows a similar law passed in 2012 in Israel, is a progressive step that demonstrates how beauty standards in the US, particularly for fashion models, are outdated. In recent years, the propagation of unrealistic beauty standards has been challenged, particularly by body positivity movements and the appearance of fuller-figured models at fashion shows. Still, these models are seen as a niche, almost gimmicky representation, a unique spectacle, instead of a more realistic representation of women, whereas excessively skinny models (often only made to appear that skinny via Photoshop) are still seen as the norm.

There is still room for debate on the efficacy of these labels. One might argue that, because it’s widely known that photos of models are retouched, these labels will ultimately do little to dissuade public perception. There are also ways of getting around these restrictions, such as by finding models who fit their body ideals and don’t need to be photoshopped. However, a constant reminder that retouched photos do not accurately represent a model’s appearance still serves to disrupt the idea that people ought to look like these altered images. Ideally, companies may drop their dependence on retouching photos altogether, such as how Getty Images recently has, and focus on providing realistic depictions of models.

Still, this issue remains bigger than France, and falls on the decades of widespread influence that the beauty and fashion industries have had in shaping our world view. The steps the country is taking are admirable, but it is on other fashion giants to follow suit and quit promoting a beauty standard that is highly unrealistic. Until then, while ads in France will now be met with a pause, the problem of eating disorders fueled by false advertising will continue to require more attention than a label can provide.