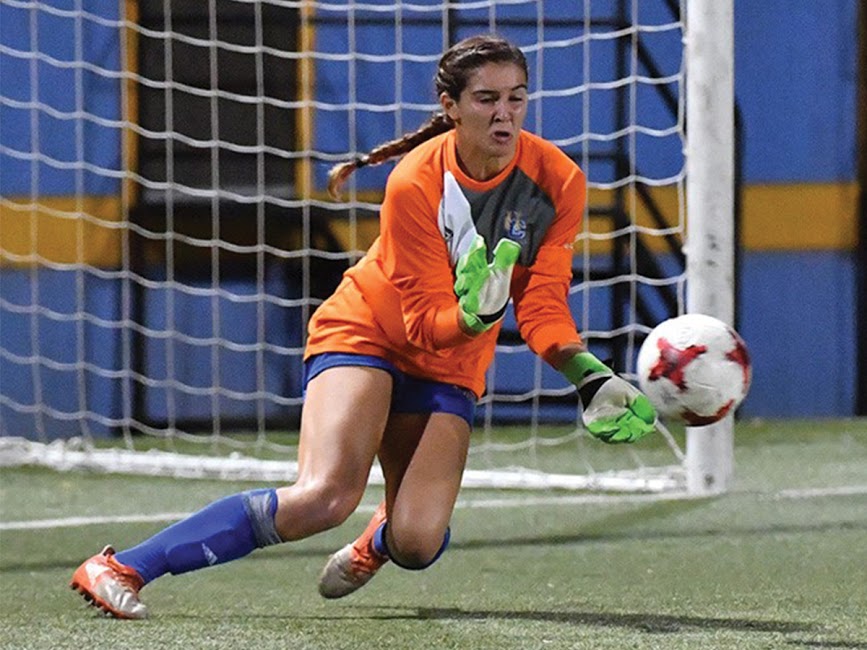 “I think we’ve bought in,” Gonzalez shares over the phone following their win over Fullerton. “To do something that I haven’t done since I’ve been here, which is to go on this long of a winning streak, as well as start conference off the way we have, It’s been amazing.”

A week ago the team had a 3-7-2 record going into conference play. Now, a week later the team is looking dominant and, according to Gonzalez, it all started after a 1-0 loss to Grambling State (6-5-0) on Friday, Sept. 8, which he says was the “low point” in the season. “At that point we (the coaches) just looked at each other and said maybe we’re not giving them the right tools,” he said.

After that loss, Gonzalez and his staff decided it would be best to change up the tactics of the team and demand more from each player individually. Even after the loss to Grambling State, the team struggled, losing their next four games before a match with Cal State Bakersfield on Sunday, Sept. 24 that marked a turning point for the team.

The match against Bakersfield was the moment the team first saw their effort pay off with a 3-1 win, and since then they haven’t looked back. Once the results started going the team’s way it became a lot easier for everyone to jump on board and buy into what Gonzalez was selling. “Tactically we’re asking them to do more individually, and that was hard because you’re used to a certain role and you’re used to a certain energy output and now all of a sudden they’re asked to do more,” says the fifth-year head coach. “Once they’re starting to reap the rewards of it I think we’re seeing some good results.”

The team’s latest victory came on Thursday, Oct. 5th in a 1-0 stunner over a Cal State Fullerton team they hadn’t beaten in four years. The Highlanders were able to get ahead early on a penalty kick from junior midfielder Quinley Quezada awarded via a handball. Riverside was able to hold on to the slim lead throughout the rest of the game to win their fourth consecutive game. Something Gonzalez liked about the game was the fact that UCR made Fullerton, which he described as a championship-winning program, play recklessly with time winding down, something many teams haven’t done.

In terms of what these wins mean for a potential NCAA tournament berth, Gonzalez said the team probably won’t get an at-large bid and has instead turned his focus to their conference tournament. “Unfortunately some of the losses we took in non-conference, even though these wins are big … I think our losses are going to hurt us too much to get a at-large bid,” he said. “Right now our number one focus is: Get into the conference tournament.”

The Highlanders can improve their chance to get into the conference tournament next match, which will be against Big West Conference rival Cal State Northridge, whom they last beat 1-0 back in 2015, on Thursday, Oct. 12 at the UCR Soccer Stadium at 7 p.m.