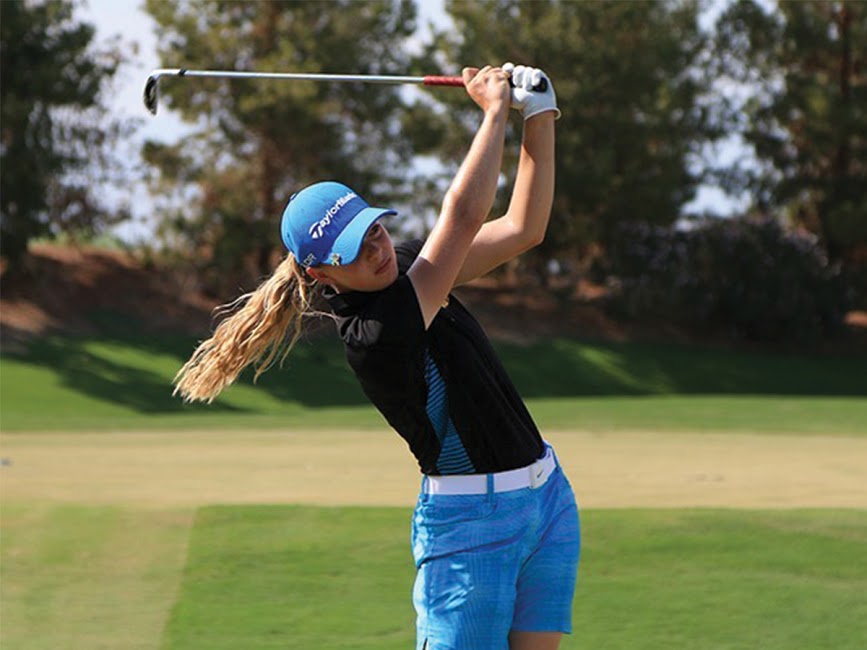 After a rough outing in Vail, Colorado’s GolfWeek Conference Challenge to start the season, UCR’s women’s golf team bounced back with a third-place finish in the Wyoming Cowgirl Desert Intercollegiate in Palm Desert, California from Saturday, Sept. 30 to Sunday, Oct. 1. As a team, the Highlanders shot a 922 led by junior Jakeishya Le, who carded a 225 for the tournament —  good for a tie for fifth-place — and senior Julia Sander, who carded a 232 for 17th place. Third-year Highlanders’ Head Coach Mary Ritchie believes her team’s performance in Palm Desert showed only a fraction of their potential, as she believes this year’s team is, “the strongest team we’ve ever had.”

Ritchie believes that her team’s performance in Vail was hampered by execution errors. “I didn’t see a lot of golf swing errors or a lot of putting errors, or things like that,” explains Ritchie, “We weren’t, across the board, vigilant enough to pay attention to the game plan.” From a coaching standpoint, Ritchie did not have much to say to her players other than to focus on the game plan and execution. The 8,000 foot altitude of the event contributed to the Highlanders’ poor showing pretty heavily. None of the members of this team are accustomed to playing in that high of elevation, so fatigue set in more quickly for the Highlanders than they would have liked.

Ritchie shoulders the blame for not keeping her team focused in spite of the fatigue. However, two of the five players, including freshman standout Serena Chon, have asthma and did not travel with their inhalers, unbeknownst to Ritchie. Despite “always being the one behind everyone walking from hole to hole,” Chon managed to catch her breath and lead the entire Highlander team in her first-ever tournament.

While the scores may not reflect it, Ritchie believes her whole team handled the adversity well, and really showed what they were capable of in the Wyoming Desert Cowgirl Invitational. Specifically, Ritchie is excited to see none of her players looking to avoid any aspect of the game. “Sometimes you play the game to avoid a particular weakness in your game, and we don’t have that going on,” explains Ritchie.

The third-year coach also firmly believes that all five players who travel (Le, Sander, Chon, Hana Furuichi and Hannah Facchini) are capable of shooting under par. So far, the Highlanders have had at most two players shoot under par in a single round, and Ritchie believes the next step is getting all five players to do it in the same round.

Going forward, Ritchie hopes her team “Will feel something in underperforming that spurs them on a bit,” while keeping self-inflicted mental pressure to a minimum. This especially applies for Chon. “I don’t really get nervous, but I put a lot of mental pressure on myself,” shares Chon in our conversation last Friday. For her, getting out to a good start early in a round also means more self-inflicted pressure to finish the round just as strongly as she began it. Ritchie asserts that Chon shows no physical signs of mental pressure or nerves, and she is confident that Chon can keep herself out of her own head going forward.

Ultimately, Ritchie believes that her team has more than enough potential to be great, they just need to put it together as a team like they did in Palm Desert. The Highlanders will have another opportunity to do that from Monday, Oct. 9 to Wednesday, Oct. 11 at the New Mexico State Aggie Invitational in Las Cruces, New Mexico.