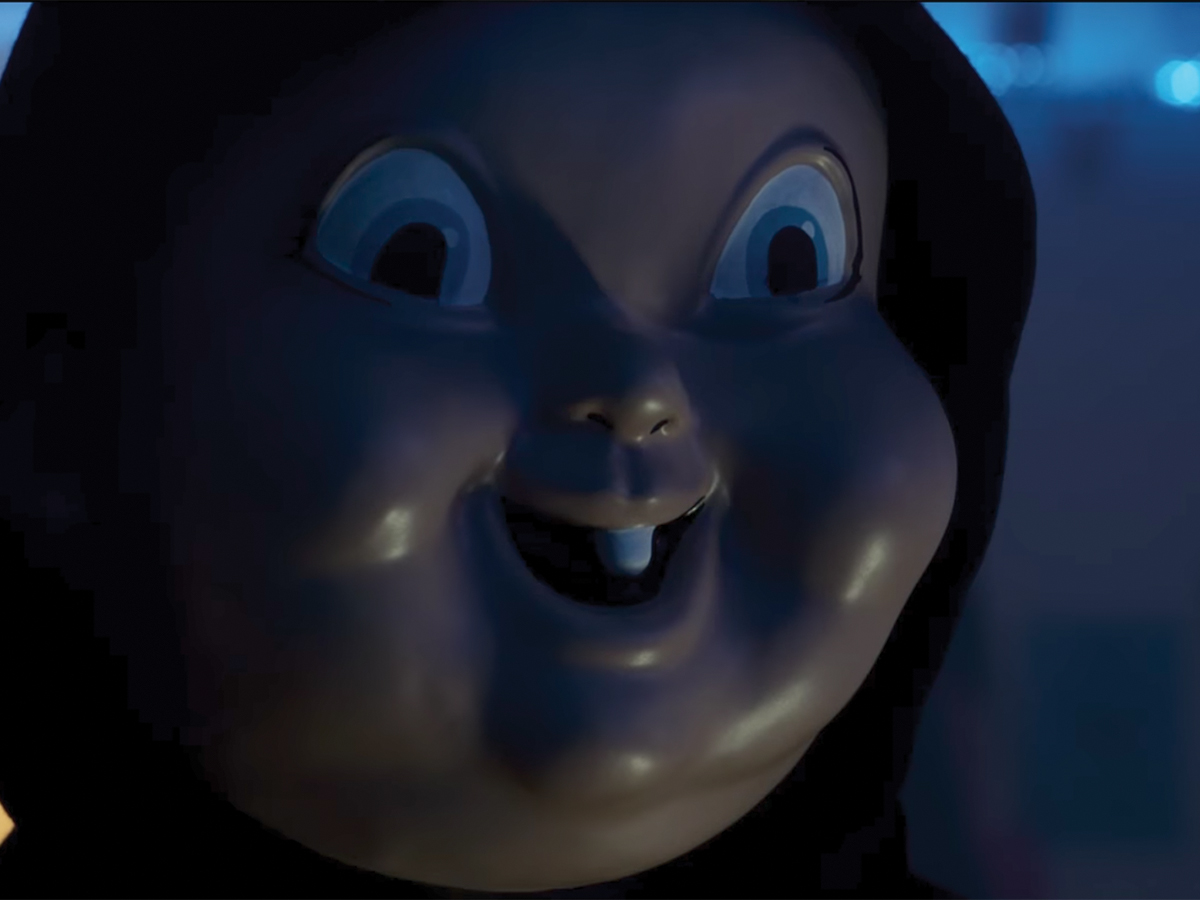 I hate to be the bearer of bad news, but 50 Cent’s chef d’oeuvre, “In Da Club,” plays truant in “Happy Death Day.” Tragic, but there’s a silver lining in this grievance: The film ain’t too bad. Well, it’s not good either but, hey it’s a success by Blumhouse’s standards. It’s a shameless “Groundhog Day”-meets-generic-slasher flick buttressed by a comedic angle that belies its goofy appearance, working better than it ought to. Jessica Rothe stars as the first movie protagonist to unfortunately be named Tree. After waking up in Carter’s (Israel Broussard) dorm room from a drunken night out, she goes about her day until she is murdered by a slasher donning a mask of the school’s babyfaced mascot (fun aside: The mask was created by “Scream’”s ghostface mask creator, Tony Gardner). Rinse and repeat, until she finds a way to break the vicious cycle.

As far as horror-comedies go, “Happy Death Day” will likely lose its memorability in the coming years to smarter genre films, but the 90 minutes it asks for go by with relative ease as a result of its gimmick. With each new — er, same — day comes a revelation that inches Tree one step closer to finding out the cause of her curse. Is it the curlicued lover boy whose Mr. Nice Guy appearance lets him moonlight as a murderous stalker? Or maybe it’s her ostentatious sorority sister? Or maybe it’s the wife of the professor she’s been fooling around with? A montage early in the film checks off most of the prime candidates which, aside from allowing Rothe to have fun in the role, takes advantage of the gimmick to fun results. Knowing her deaths are mostly inconsequential, Tree’s string of run-ins with the slasher inch the plot forward just slightly enough to answer a few questions while reserving the juicier ones for later. Red herrings run rampant, though the killer’s identity is less satisfying than anticipated.

Stronger than the who-dun-it (er, who’s-gonna-do it?) aspect is the leading lady. She’s quippy and inductive in her reasoning, least of all a damsel in distress. Instead, she subverts genre tropes: A stumble here and there doesn’t prevent her from running, evading, and combatting her assailant unlike other lesser willed protagonists of her ilk — irrespective of gender. As far as horror movie protagonists are concerned, she’s crafted with a degree of realism that almost masks the screenplay’s stumbling problems in the characterization department.

“Happy Death Day” has problems galore, though most of them are native to its low-budget PG-13 playing field. Yet where it takes a step forward for this breed of cash cow, it also takes two steps back. As likeable as Tree is — courtesy of Rothe’s commitment to the role — her arc leaves something to be desired in between hamfisted emotional scenes and corny monologues. Familial baggage is just that, and her attempts to transform herself from once-repugnant mean girl to empathetic lovestruck hero is, frankly, elementary level development.

It’s easy to forget that the film is primarily billed as a horror flick. It is as much a horror film as it is a comedy, both elements of which work more often than they don’t. Revelations toward the end make the killer’s reveal operate almost like a parody, be it intentional or otherwise. But before that reveal comes, it often uses the tried and true bait-and-switch tactic with fun pacing.

Verdict: There really isn’t much to say about “Happy Death Day” other than that it’s a pretty stupid, pretty fun time. Jessica Rothe is no scream queen on par with Jamie Lee Curtis, but nonetheless is great in her role. It surpasses mediocrity by a hair, though, and viewers should recognize it as a film of such a caliber.