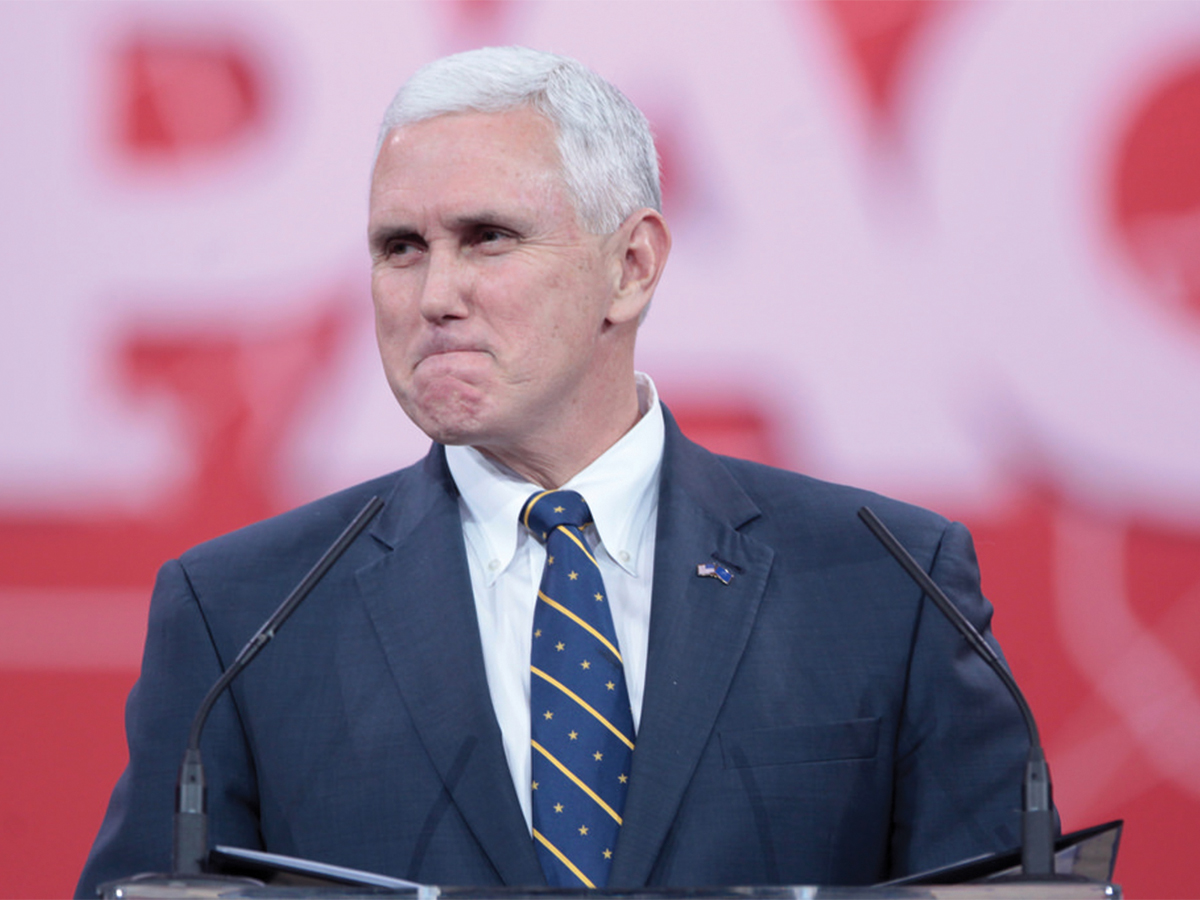 A man who claims to be deeply committed to the Christian Lord and Savior, Jesus Christ, showed his true colors when he sold himself out in puppetry to President Donald Trump’s crusade against racial justice and peaceful protest. On Oct. 8, the self-proclaimed Christian, Vice President Mike Pence, entered Lucas Oil Stadium, the homefield of the Indiana Colts, and left the game once the visiting San Francisco 49ers players knelt during the national anthem — a cheap political swipe that pulled much coverage onto him and away from the protests. While the players approached the football game with uncertain, yet unyielding love for their sport and hope for their country, Pence entered with premeditated, nefarious intent.

Throughout America’s history, professional sports have always represented a bastion of multiculturalism and social progress for America’s consistently oppressed minorities. Although professional sport itself has an oppressive and dark history, it has long served as an influential medium for critical political and racial discussions that aren’t paid proper attention in the public sphere. In conjunction with hosting this discourse, the sports arena has served as a sanctuary of the shared American values of virtue, discipline, activism, patriotism, competition and coexistence. The vice president’s visit to the Colts game dishonored that long tradition. Instead, Pence chose to stage an inflammatory political stunt against players who knelt during the national anthem in protest of systemic racial injustice.

Players in the National Football League (NFL), most notably former 49ers quarterback Colin Kaepernick, have been the source of significant controversy ever since Kaepernick began kneeling during the pre-game recital of the national anthem on Sept. 1 of 2016 to protest the oppression of minorities. Conservative commentators jumped giddily at the opportunity to twist Kaepernick’s image into that of an “ungrateful” rich black man refusing to stand for the national anthem and framed his protest as a threat to patriotism. This angered viewers and NFL fans who instantly rejected Kaepernick’s plea for racial justice and targeted him for disrespecting America and the military.

Mike Pence, like most Republican politicians, thrives off the shameful brand of racism their voters simultaneously promote and deny. Pence did what he came for, stroking fear and hatred in public so that he may betray the interest of everyday Americans in private. When he attended that football game, planning to put a target on the back of protesting players under the guise of his own love for the sport, Pence betrayed the black population of America with a kiss.

Pence clearly attended the game to serve as a mouthpiece of the right. Instead of respecting the right of NFL players to use their platforms to peacefully and respectfully protest deeply troubling racial injustices in this country, Pence opted to sabotage the sacred American bond of freedom of speech, patriotism and activism which has thrived in the American sports community. Pence, expecting the players from the 49ers to kneel during the anthem, had his motorcade stay on standby for him, and his aides reportedly tell his travelling press pool to remain as he was likely to depart early from the game.

Following orders from President Trump, Pence set out on his taxpayer-funded, $250,000 political stunt to walk out of the game and almost immediately began composing a series of seemingly prepared tweets. “I left today’s Colts game because @POTUS and I will not dignify any event that disrespects our soldiers, our Flag, or our National Anthem,” he wrote soon after, going on to post an extended Twitter thread asserting that NFL players have obligation to stand for and respect the flag. Pence, clearly, was corrupted by some higher order of evil, and entered an activists’ sanctuary of good faith with a malicious and divisive agenda.

The vice president, a man who claims he puts his faith in Christianity second to none, entered a stadium occupied by men committed to enjoying a proud American tradition with fundamental respect for American values — freedom of speech and meaningful activism. Pence took these agents of change, these prophets, and he sold them out to the legion of spiteful and distrusting folks who feared the word of social progress. He took an important debate in American politics, used it as fuel for racially upset and anxious corners of the Republican party and collected his 38-point approval rating coattail from Trump.