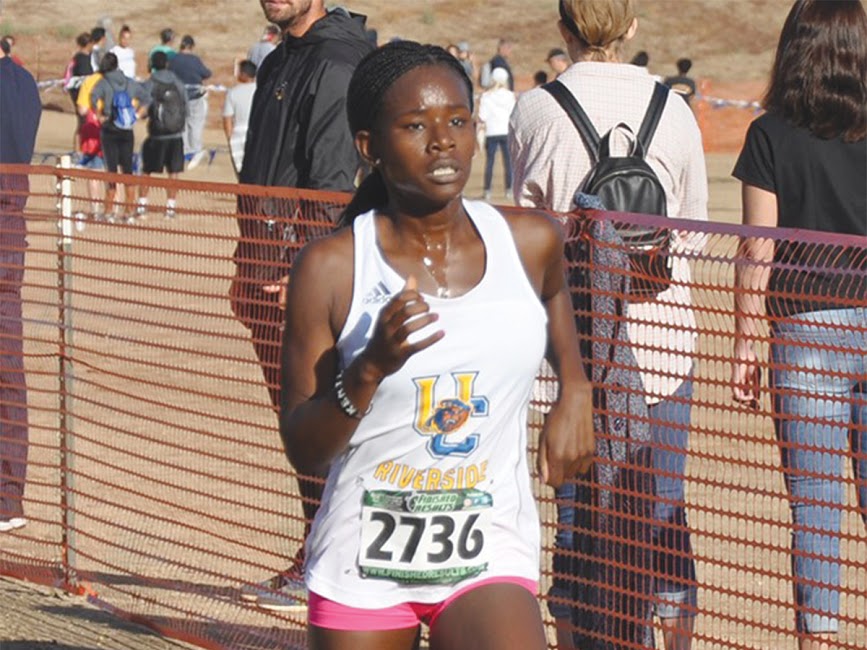 The UCR cross country team isn’t concerned with costumes or treats this time of year; instead they’re focusing on mile tempos and training sessions. Both the men’s and women’s teams are coming off impressive finishes in last week’s Highlander Invitational, with the men finishing fourth and the women finishing third. Of course the next step for the program is to build on the success of that race going into the Big West Championship. In order to do this, Assistant Coach Rob Hansen says, the coaching staff’s focus for this week is “massaging the group with our words, and trying to encourage them and build their confidence.” For Hansen, the necessary training going forward is mental rather than physical. In fact the amount of miles the team will run over the next week will be four or five as opposed to the usual seven or eight, according to Hansen, in an effort not to wear the team down.

For the men, redshirt junior Solomon Demeku-Ousman believes the team has certainly gained experience after the Highlander Invitational, saying, “A lot of our younger guys on the team that performed well have a lot more confidence going into the championship.” Redshirt sophomore Arman Irani echoed that statement, explaining “During the race, there was a really close gap between everyone. I think that gives everyone the confidence that they can run together as a pack in the conference race.” While Demeku-Ousman says his only goal for the championship is to “leave it on the course,” his coach believes his personal goal is to be all-conference for the first time ever. “He (Demeku-Ousman) actually has not had great conference finishes,” says Hansen, “He’s had some good finishes during the season but come up a bit short in championship season.”

Hansen also shared that the men’s team set a goal of being top four in the championship at the beginning, and currently they feel like they are sitting at fifth place. Granted, Hansen believes that the men only need to come out and race confidently in order to gain some ground on conference leaders Cal Poly San Luis Obispo and UC Santa Barbara.

On the women’s side, redshirt seniors Faith Makau and Weslie Pearce are both very excited for their final home meet of their careers. As Hansen explained, Pearce is looking to make all-conference for the third year in a row, and she also just wants to leave her best on the course. As for Makau, her personal goal is much clearer: “I just gotta (sic) win,” she stated through a laugh. Ultimately, Hansen and the rest of the coaching staff “feel like we can be top three on the ladies’ side for the Big West Championship,” but just like the men’s team, they will likely have Cal Poly and Santa Barbara at the top, and that’s who the Highlanders have their eyes on.

At the end of the day for the Highlanders, “the hay is in the barn,” as Hansen explained, “They’ve done the work, they are fit. They just have to go out and do it.” The Highlanders also have the advantage of the championship races being held on their very own Agricultural Operations Course, which Hansen and his runners believe will give them a mental edge. Both the men and the women are poised to place well next weekend if they execute their race strategy, which is to race confidently and to never get down on themselves.

Of course, the team’s other personal goal besides racing confidently, is to see fellow Highlanders “come out and support,” as Demeku-Ousman put it. As Pearce happily admits, she loves seeing fans on race day. “I see everyone cheering for me and I think, ‘Aww thank you!’” Irani chimed in with a smile, saying, “You’re looking ahead, but your senses are everywhere. You hear everyone screaming and yelling.”

The Highlanders will host the Big West Championship on Saturday, Oct. 28. The men’s 8k and women’s 6k begins at 8 a.m. on the Agricultural Operations Course. Both teams will be hoping to see (or hear) you out there.