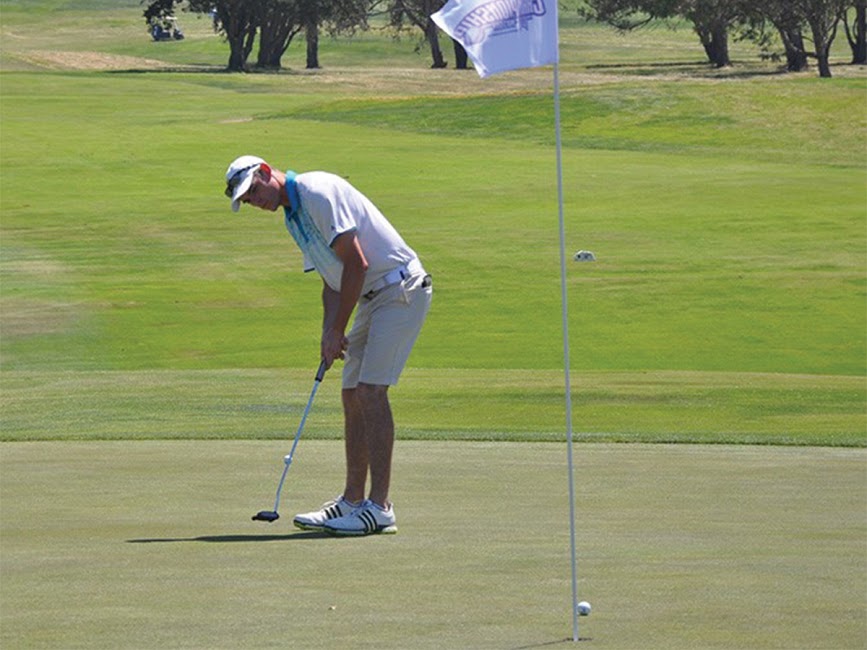 The UCR men’s golf team wrapped up the two-day Bill Cullum Invitational on Tuesday, Oct. 17 with a ninth overall finish led by senior Brandon Tsujimoto’s 10th place individual finish. True freshman Bahram Talle and sophomore transfer Tyler Moore both chipped in with a 6-over-par 222, tying them both for 41st overall. Juniors Andrew Spilman and Michael Wong rounded out the Highlanders’ travel squad with a 229 and a 241 respectively. Senior Matt Lutz competed as an individual and finished tied for 62nd with an overall score of 228.

While the Highlanders’ performance at Bill Cullum Invitational is certainly an improvement over their 15th place finish at the Nick Watney Invitational a couple weeks ago, Head Coach Rick Todd believes the team is still holding themselves back from their potential. Todd believes his team’s struggles through their first three tournaments are a result of “getting behind the eight-ball on a thirty-six hole day. Then we’re playing catch up instead of going out and making five, six, seven, eight pars in a row.”

So far, the only tournament in which the Highlanders haven’t gotten themselves in a hole early was the Colorado Invitational, where the team took fourth place. However, Todd asserted the major difference between the Colorado tournament and the others was his team’s mental approach to the game. “I think it’s not trusting it from the get-go,” explains Todd, “If you start each tournament with each guy two or three over (par), now all of a sudden you’re (at) the bottom of the pack.”

Of course, falling behind in any sport and having to mount a comeback is never an easy task, but in an individual sport like golf, it can be even more daunting. Naturally, Todd doesn’t want his players to make a habit of falling behind, then having to play great golf just to finish in the middle of the pack. Ultimately, Todd needs his players to find a healthy mindset between relaxed and nervous.

Last season, men’s golf, whose core travel team returned this year, suffered from playing too tightly and not having confidence. This season, Todd believes the struggles, especially at the Nick Watney tournament, are from playing too relaxed. “You have to get fired up a little bit, a little bit nervous,” explains Todd, “Tiger Woods used to get nervous every tournament. It’s part of it.”

Granted, finding the balance between relaxed enough to play loosely and nervous enough to not focus sharply is difficult, so Todd has relied on his senior captains Tsujimoto and Lutz to lead the way. With that said, Todd believes Lutz has a few more mental hurdles to overcome before he returns to his NCAA Regional-appearing form. Todd has stressed since last season that his players, Lutz especially, need to believe and trust in themselves on the course before any of his coaching will even begin to sink in. For Todd, the most important advice he gives to his captain is “Matt needs to believe in Matt.”

Moving forward, the second-year head coach just wants his players to have fun on the course and play well while doing it, because he believes that is how his players can find their confidence and play at their best.

The Highlanders are back on the course for their final tournament of the fall season, the Pacific Invitational in Stockton, Calif., starting Thursday, Oct. 26 through Saturday, Oct. 28.