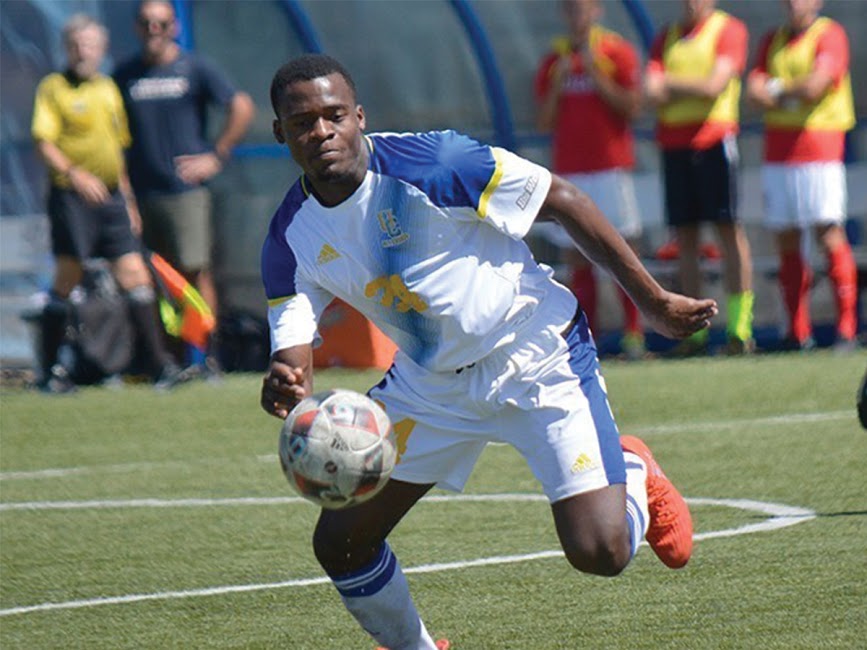 The Highlanders men’s soccer team (3-12-1, 3-5-1) faced off against UC Irvine (7-8-3, 2-5-2) in a must-win match on Wednesday, Oct. 25. Riverside sat two points behind Irvine before the game for the final spot in The Big West Tournament so this one had major playoff implications written all over it.

Going into the match, Head Coach Tim Cupello admits he had a conversation with his team about the importance of the match with Irvine. “It was a match we considered a playoff game. A win puts us in a good situation and a loss eliminates us from contention so our guys went in as if it was a playoff game.”

Despite the conversation, the Highlanders were unable to get off to a great start, allowing a goal from Irvine senior midfielder Giovanni Godoy after only four minutes. Riverside didn’t let the first goal of the match discourage them, as the team showed resilience by bouncing back with a goal from junior forward Eduardo Sanchez just six minutes later. Cupello cited this as a turning point in the game because it “Gave us some confidence and showed that they were vulnerable, so our guys rallied off of that.” The Highlanders continued to attack and were able to break through in the 40-minute mark thanks to junior forward Antonio Lokossou, who scored the final goal in the team’s 2-1 victory.

With the win Riverside now controls its own destiny and opportunity to make it into the tournament. A win against Cal State Northridge (9-8-2, 4-4-2) would lock the Highlanders into the tournament and that’s what Cupello wants to focus on as opposed to other potential scenarios. “If we win we’re in and if we lose or draw we have to rely on other results,” Cupello explained. “The easiest thing is just go out with a mindset of we want to win this match, be the aggressors, and hopefully we’ll get the result we’re looking for.”

Before their match against Northridge, Cupello said that the team needs to bring the same playoff match mindset from the Irvine game. The third year coach also shared what he thought would be keys to the game before the match against the Matadors, saying the Highlanders would need to come prepared to defend. “We’re going to have to defend well in transition. They’re very athletic, they’re very good at set pieces as well so we have to defend those, and we have to finish our chances. Last time we played them we got looks and just didn’t put the ball in the back of the net.”

The Highlanders brought that same mentality to the match against Northridge. The start to the game was similar to that of the Irvine match where the opposing team scored early. However this time, the Highlanders had the experience of coming back before in a high pressure situation to lean back on, and that experience helped them pull out a 2-1 victory. The first goal of the night came from junior midfielder Julio Rubio in the 54-minute mark before redshirt senior defenseman James Alewine III and Antonio Lokossou scored in the 65th and 84th minute, respectively, to give Riverside the victory.