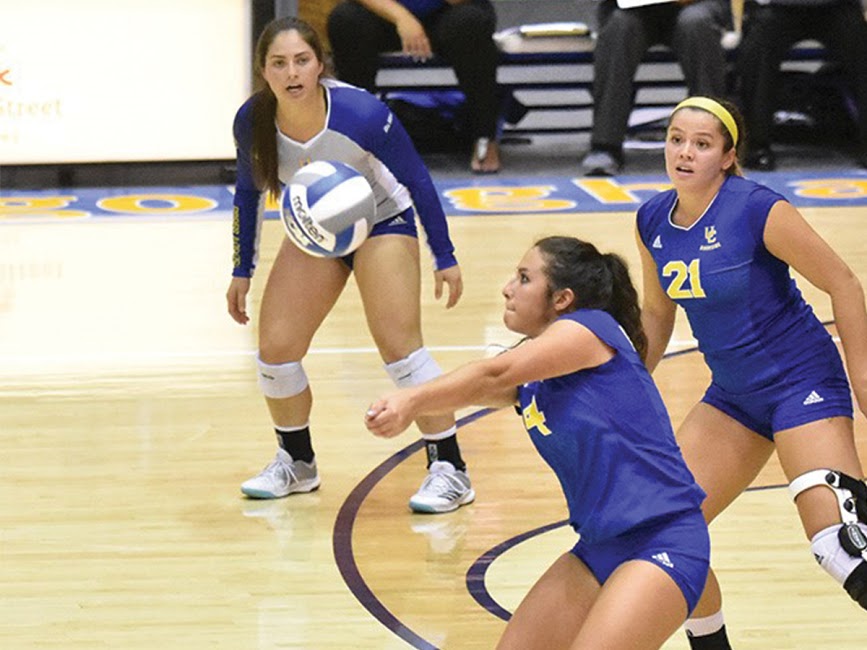 Coming off the match against the Rainbow Wahine, UC Riverside Head Coach Michelle Patton-Coleman believed the Highlanders lacked intensity throughout the match and did not find their edge until it was too late in the game. Patton-Coleman stressed to her team in practice this week that the intensity cannot kick in once they are 17, 18 or 19 points into the set, but the team needs to have that fire right out of the gate.

“This conference is so good that you gotta (sic) come in and (win) every ball,” explains Patton-Coleman. She also explained that her team, who does not have a go-to star, “can’t just flip a switch,” and take control of the set, so her team has to set an aggressive precedent early if they want to win.

In order to help her team establish their intensity early, Patton-Coleman tweaked the usual practice regimen and atmosphere as well as the drills in an effort to recreate game-like situations to “allow them (players) to create that intensity out there so when the game does get like that … it’s not so foreign to us.”

Friday, Patton-Coleman was pleased with how well her players were able to adjust to the new practice style and thrive in it, and her players felt the same way. Junior outside hitter Kaiulani Ahuna was personally impressed by her team’s grit, saying, “We can definitely see a change whether it be just drills or never letting a ball drop.” Junior setter Chelsea Doyle echoed Ahuna’s sentiments, detailing how the week’s practice focused on “finding a way to keep it (intensity) longer.” Doyle was also proud of her teammates, as she expressed that “Everyone has put in a lot of work this week, I just think it’s all kind of coming together.”

While intensity has been the main focus for this team, what Patton-Coleman is most impressed with is the way her team has been responding to the challenges put to them by the coaching staff. “They definitely care about it and they want to be good,” asserts Patton-Coleman. Doyle explained she has definitely seen herself and her team respond well to their coaching, saying, “We get a lot of work in outside the court as well, film with coach, watching film on our own, and getting extra reps has really helped.”

That extra work and attention to film is exactly the kind of response Patton-Coleman expected from her team stating, “If they’re not responding at this point in the season then that’s when you want to worry.” It is certainly safe to say that Patton-Coleman and her staff have no doubts in this team’s resolve, and that the proverbial panic-meter is low for this team. Of course, that doesn’t mean she is not worried, as Patton-Coleman jokingly expressed, “As a coach you always worry, you never don’t worry.”

UCR heads home to the SRC Arena for their next match against UC Irvine on Thursday, Nov. 2 at 7 p.m. where the Highlanders will look to even the season series against the Anteaters.