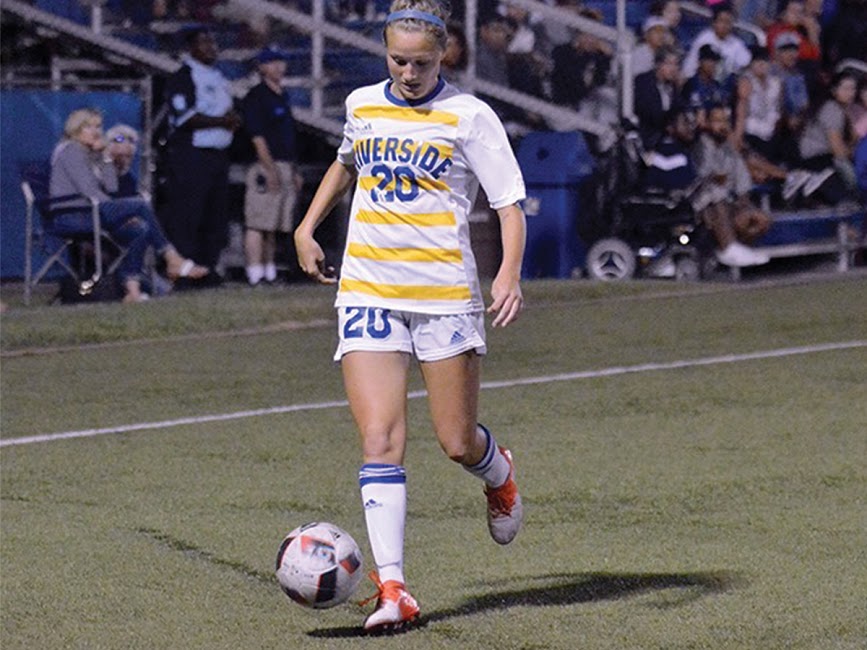 UC Riverside’s women’s soccer team (8-11-2) played in their first game of the Big West Tournament on Thursday, Nov. 2 against tournament host Cal State Northridge (9-4-7). The Highlanders were defeated by a score of 3-0, after coming off a 4-0 win over Hawai’i, which cemented them into the Big West’s final four. Hoping to keep their season alive, the Highlanders were playing against a Matador team that finished second in the Big West standings. Being an elimination game, UCR started the match with the almost exact starting lineup from the match before. One of those players returning in the lineup was senior keeper Alanna Guzman, who had three saves to shutout the Hawai’i team last week.

The first period begun with both teams trading shots on goal; the first goal came in the fourth minute from CSUN’S Marissa Favela, a shot that hit off the right post to go out of play. That was then followed by two shots on goal by Sylvia Trinh and Favela in the next four minutes, but both were stopped by Guzman. The Highlanders answered back in the 10th minute with a shot from junior midfielder Quinley Quezeda, and a second from junior midfielder Madeline Feist in the 13th, only for it to be saved by CSUN goalkeeper Jovani McCaskill. At this point in the match, the Matadors offensively took control of the game for a majority of the first period. The Highlanders were unable to take another shot on goal until after the 33rd minute, when both Feist and sophomore defender Giselle Preciado were denied by the opposition’s defense. Struggling to get back into the match, the first half ended with UCR behind in shots and corners taken, finishing with five shots and two corners, compared to CSUN’S nine shots and five corners.

Going into the second period, CSUN did not let up the attack. The Matadors started with two corners in the 50th and 51st minute, which were followed by the first goal of the game in the 56th from forward Cynthia Sanchez, which was her fifth of the season. Just like the first half, UCR had no answer to the CSUN’s attack, as they were shutout offensively until receiving a corner in the 64th minute from junior forward Darielle O’Brien. During the second period, the Highlanders were only able to get two shots off, compared to the Matadors 13 total shots in the period. After a number of shots on goal for the home team, the Matadors were able to add their second goal from Lindsay Kutscher in the 79th, and another goal on the day for Sanchez in the 84th minute to complete the win in last Thursday’s match.

Despite having eight saves in the match, Guzman and the Highlanders were unable to slow down the offensively heavy Matadors. With a total of 22 shots in the match, the Matadors were able to keep the ball in their possession for most of the match. After taking charge in the first period, they didn’t let off and played the rest of the game to their pace. Because of this, they were able to force UCR into a number of fouls committed (eight) in the match. Apart from that, UCR had to defend a total of nine corners, compared to their four. With the loss, the Highlanders finished the season with their first Big West appearance since 2015.