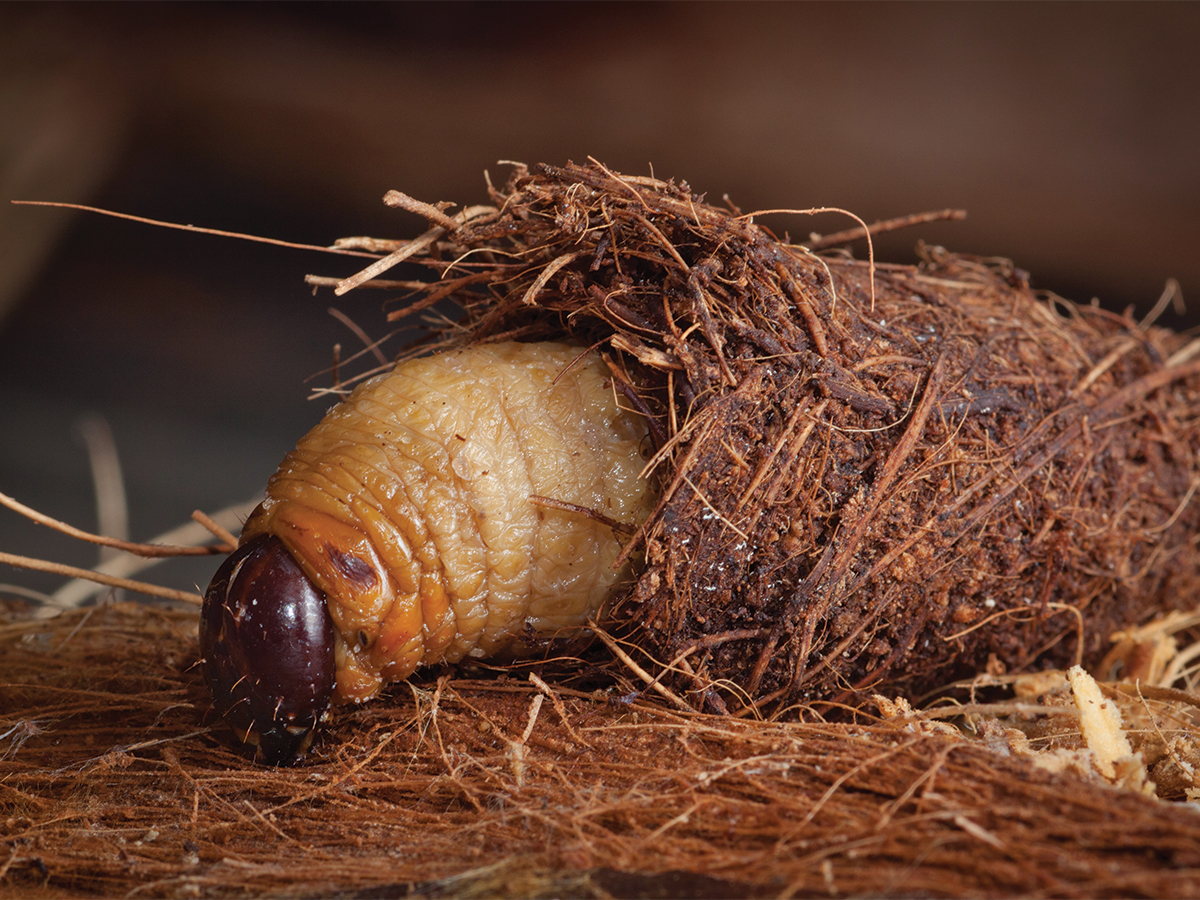 South American palm weevils have been slowly destroying Southern California’s iconic palm trees. On Oct. 1, the Foundation for Food and Agriculture Research (FFAR) awarded a $150,000 research fund, which the Bard Valley Medjool Date Growers Association, the California Date Commission, ISCA Technologies and UCR matched, to help find a solution to combat the palm tree weevils. With this $300,000 budget, UCR scientists and ISCA, a biotech company in Riverside, will try to find an eco-friendly pest control method.

South American palm weevils are black beetles measuring up to two inches in length, which feast on a wide range of palm trees. Their most impactful and threatening behavior is when they reproduce, as the female weevils create holes in the crown of the palm tree and deposit their eggs within these holes. The eggs hatch, becoming larvae that consume the plant’s tissue. 30 larvae can feed on enough plant tissue to make the tree lose its nutrients and die; within 6 months, they have the potential to change the whole landscape.

South American palm weevils can also carry red ring nematode, a fatal parasite that kills these palm trees. Currently, there is no report of this disease being spread by weevils within the United States, though they have been found in most countries in South America, Central America and Mexico.

Because the weevils deposit their offspring deep into the crown of the palm tree, accessing and removing the weevil larvae requires opening up the apical meristem and inserting pesticides, such as imidacloprid or dintefuran, to travel into the part of the tree where the larvae are nesting and kill them. Currently, drones are being used to monitor any palm tree that are suspected of being infected with larvae and pesticides are used when a palm tree is found to have weevils. However, a new method of controlling these pests is moving away from trying to reach the weevils to making the weevils voluntarily leave the trees. Weevils are attracted to particular pheromones, thus UCR Invasive Species scientists are developing traps that uses this pheromone to attract the weevil and trap them in a silver dollar-sized wax dollop encoated with slight but lethal pesticides. By limiting the pesticide to specific traps, large quantities of potentially harmful pesticides would not be released into the environment.

In addition to limiting the pesticide to the traps, Dr. Mark Hoddle, biological control specialist and principal investigator said in an interview with the Highlander, “We are cooperating with local Riverside company ISCA Tech on evaluating novel control strategies that greatly reduce the need for weevil control.”

The team still plans to address where the traps will be located. On the current trap layout, Hoddle said, “Almost all of this work is in urban areas, but the longer strategic vision is to protect the date production area in the Coachella Valley.” The traps laid out do not cover all areas, but the grant given by FFAR would allow for a wider range of palm tree protection from the weevils.

The South American weevils were first spotted in Tijuana, Mexico, but were later seen in San Diego County in 2011. They have since threatened not only the palm tree market, but also coconut, African oil, Canary Island date and California fan palms. They have since been consuming palm trees in Southern California; Yuma, Arizona and Alamo, Texas. Nationwide, palm trees are valued at more than $280 million a year and in California and Arizona economies they are valued at $89 million per year on commercial and decorative use.