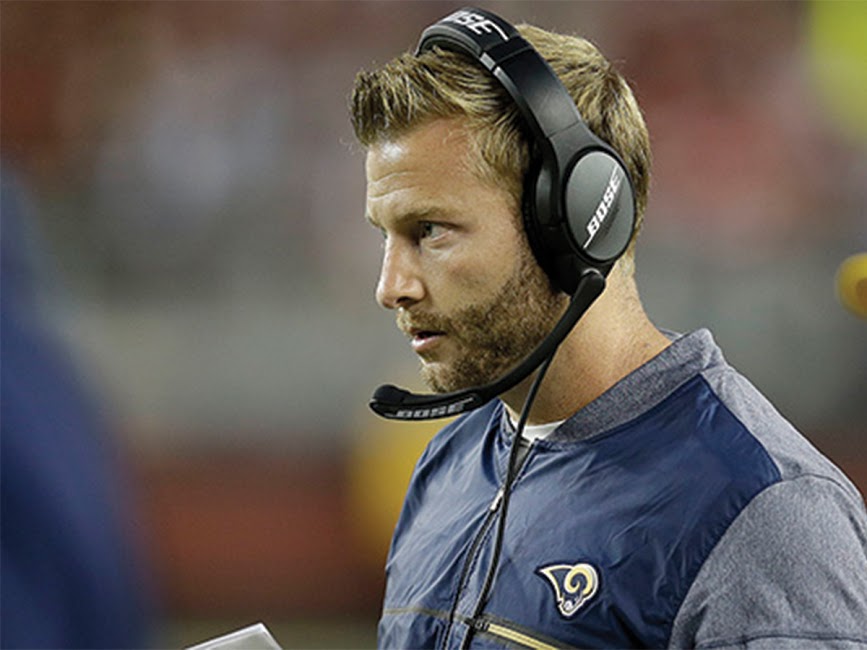 This past off-season, the Rams went out and hired a new coach in Sean McVay. McVay was previously working as an offensive coordinator for the Washington Redskins before coming to L.A. The first-time head coach was already a fan favorite before he even coached a game, and has been a catalyst for this team. Nine games into the 2017 season the Rams have gone 7-2 and are first in the NFC West. The team leads the NFL in points scored per game with an average of 32.9, and have a total of 263 points scored as of Nov. 16. With the team playing so well, there isn’t much that can stop this team from winning the division.

The team has played in six games this season in which they have scored 30 or more points, including a 51-17 win over the struggling New York Giants, and a 33-0 pounding over the Arizona Cardinals. The emergence of Jared Goff has helped this team become successful. This season, Goff has tallied 16 touchdowns to only four interceptions which is an improvement from last season, when he had five touchdowns and seven interceptions.

As of last Thursday, Goff has a completion percentage of 61.2, with a quarterback rating of 101.5. With a better offensive line this season, running back Todd Gurley has been able to run a lot better than last season. Gurley has been able to average four yards a carry, with seven touchdowns on the ground. Last season, Gurley only had six touchdowns while averaging 55.3 yards a game. This has allowed the Rams to spread their offense out, and hurt teams with the pass as well as with their running game.

With a defense that has 13 interceptions and 28 sacks, the Rams offense can rely on them to keep them in games, but with how the offense has been playing, that shouldn’t be a problem. With the way the team has been playing, more fans have made the way over to the Colosseum to root for the Rams.