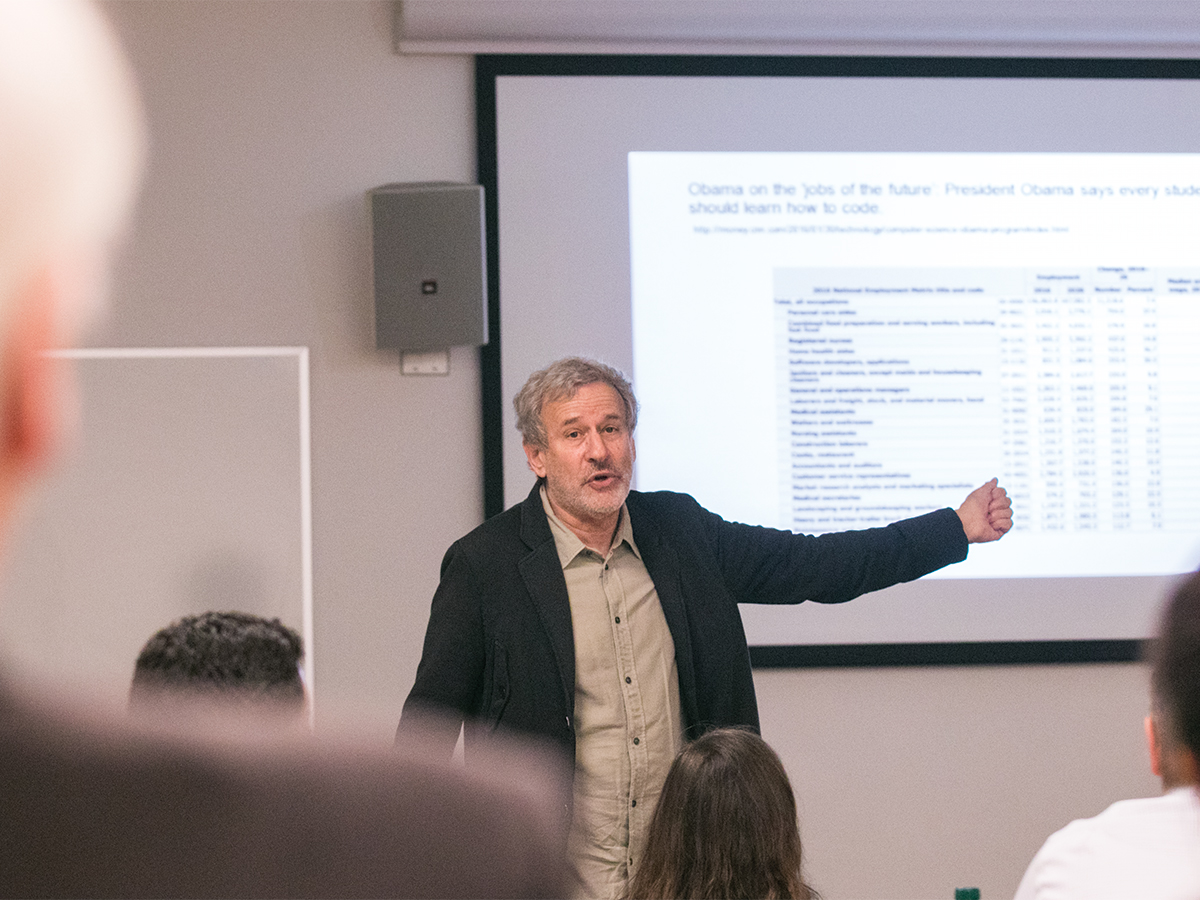 UCR’s Center for Ideas and Society hosted a seminar called “Race, Class, and Donald Trump: The Politics of Inequality Now” with speaker Walter Benn Michaels, an English professor at the University of Illinois, Chicago, on Thursday, Nov. 16 inside INTN 1113. This seminar is a part of a two-year series of seminars, lectures and films that explores interethnic and intercultural issues sponsored by the Mellon Advancing Intercultural Studies project.

In terms of individual inequalities, Michaels mentioned that the average individual wealth in America has increased over the past 50 years, but has not grown equally for all groups. He obtained these statistics from the survey of changes in family finances from 1963 and survey of consumer finances from 1983-2016, calculated by the Urban Institute, an organization dedicated to unbiased social and economic policy research. Their calculations indicate that families near the bottom of the wealth distribution, or those at the 10th percentile, went from having no wealth on average to being about $1000 in debt. Those in the middle more than doubled their wealth and families at the 90th percentile saw their wealth increase fivefold.

This solution, according to Michaels, offers a future where every race will be proportionally represented at every income level, but the wealth distribution would be exactly as unequal as we have now. “The point of eliminating horizontal inequality is not to eliminate the inequality as such but to justify it,” he stated.

Instead, Michaels believes that the best way to approach economic inequality would be by addressing individual inequality. This is the same platform that Senator Bernie Sanders represented during the 2016 election, explained Michaels in an interview with the Highlander. Sanders’ focus during the election was to move the bottom quartiles of the wealth distribution up the ladder rather than focusing on the groups that they represented or who they are. However, Hillary Clinton’s position in the election was to solve economic inequality by focusing on solutions for horizontal inequality, which was centered around discriminations of all types.

Michaels also mentioned that this economic inequality was the main reason President Donald Trump won the 2016 election. He mentioned that the majority of the people that voted for Trump were between the 20th and 80th percentile. “They’re not broke, they’re not starving. They’re just the group that flatlined in terms of gaining economic wealth, while the top 20 percent kept going up and up the charts.” These middle percentiles were the white majority group that thought “all their lives that they were apart of this capitalist economy that was growing, but now, they start seeing themselves as actually being left behind,” according to Michaels.

From a perspective of race, Trump’s supporters associated policy like affirmative action and immigration laws as one of the methods the government utilized to leave them behind. “They don’t have the vocabulary or the understanding that this is the structure of a capitalist economy, which is leaving them behind. Instead, they have developed a false perceived sense of notion that anti-white racism is the cause of all this.” As per Michaels, this is the platform Trump worked off of; he appealed to their false perception as the victims and won wide support.

Michaels states that his personal solution to economic inequality would provide the average working people with more power. Michael emphasized that “Everybody who can do it, should try to unionize their organization. You have to begin with trying to empower people, through unions and policy. A working-based left party would be the fantasy that would solve economic inequality.”