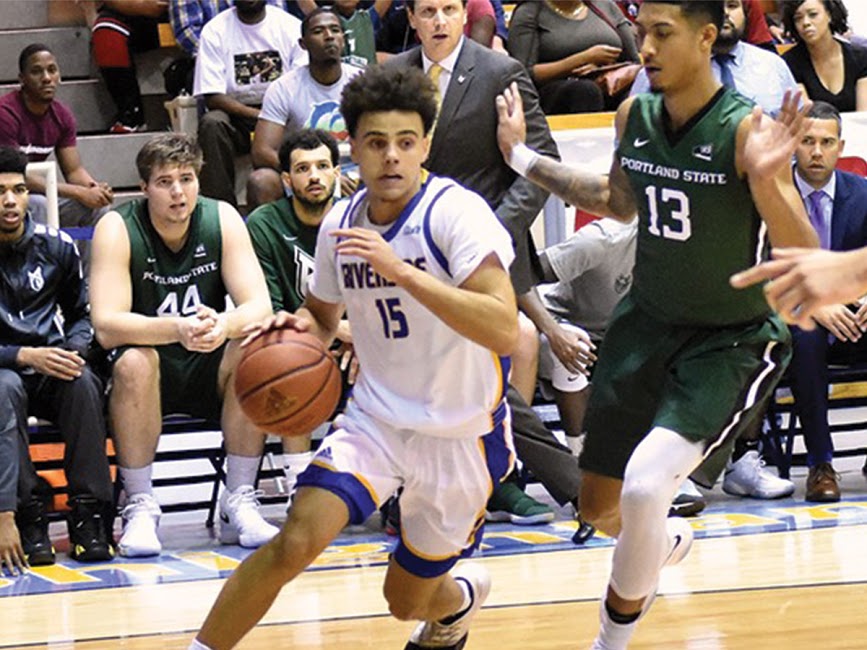 After getting blown out by 45 points to Michigan and losing a heartbreaker to the University of the Pacific, the UC Riverside’s men’s basketball team (2-5) fell to Grand Canyon University (5-1), 68-56, giving the Highlanders their third-straight loss. Despite senior Alex Larsson’s third career double-double, 12 points and 15 rebounds, and the team cutting the GCU lead to single digits on multiple occasions, UCR was unable to complete a comeback.

Over the past few years, GCU has become home to one of college basketball’s craziest student sections, despite not being a big-name school.“It’s a great basketball environment,” UCR Head Coach Dennis Cutts stated in reference to the crowd, “It’s tremendous really, one of the best on the west coast.”

Before last Saturday’s game against the Antelopes, Cutts reiterated the importance of preparing for each game the same way, regardless of what school they’re up against. “There are obviously certain things the team needs to execute against certain schools. But you have to remember that we’re on the same level as they are too, we’re a Division I program just like they are,” said the third-year head coach.

Whether or not Cutts’ players entirely believe him isn’t clear, but words like these will allow a coach to keep his team intact, no matter what they go through. Though it is still early in the season, Cutts’ words of faith may serve as a basis to prevent the team from falling further below .500. With that said, there’s no doubt that Cutts expects more from his team in the games to come.

“Larsson and Brandon Rosser have done pretty good (in terms of consistency),” he affirmed. “Once we get a more free-flowing offense, I think you’ll start to see more guys’ names pop up in response to that.”

Men’s basketball next plays at home against Air Force for “Military Appreciation Night” on Friday, Dec. 8 at 7 p.m.