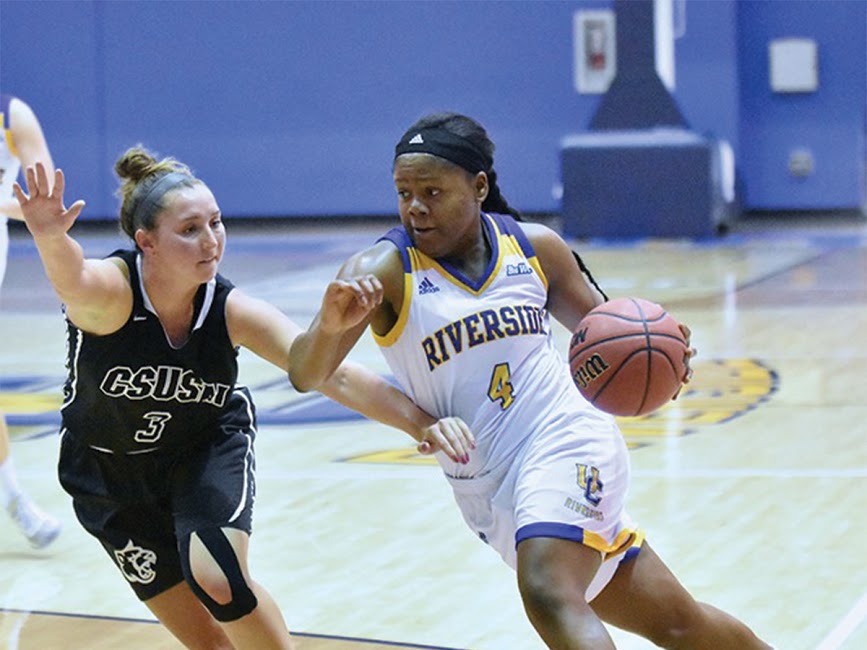 UCR women’s basketball (2-7) played three games in a week starting Friday, Nov. 24 against Southern Methodist University (3-5) in the Nugget Classic tournament. The Highlanders were there for a two-game stand, and were coming off their first win of the season against Fresno State (2-5).

The game started in favor of the SMU Mustangs as they ended the first quarter with a 26-12 lead against the Highlanders. As a team, they made 46.2 percent of their field goals compared to UCR’s 21.8 percent. And once again, UCR found themselves in foul trouble as the Mustangs had 27 attempts at the free throw line. UCR was able to keep the game close during the second and third quarters, but the game got away from the Highlanders in the fourth quarter when the Mustangs outscored them by a 23-11 margin. Lauren Holt and Skyler Lewis led the team with 14 points each, but the Highlanders lost the game 51-73.

Their second game of the weekend came against Sacramento State (1-6). Just like the game before, the Highlanders once again found themselves in foul trouble. Sacramento took 42 free throws in the game and made 30. The Highlanders were able to score more points in the paint with 38, but gave up 32 points off turnovers. Sacramento was led by Hannah Friend’s 34 points, and Maranne Johnson’s 28. Sacramento’s high powered offense gave the team a game-high 37-point lead, as they went on to win 99-72.

In their last game of the week, the team faced seventh ranked UCLA at the Pauley Pavilion. The Highlanders were able to keep the Bruins’ leading scorer Monique Billings at 14 points, but could not stop their bench. The Bruins had 23 points off the bench, and also outscored UCR in the paint 38 to 18. The Highlander’s Michelle Curry was a bright spot for the team, as she was the only double-digit scorer with 15 points. UCR played better defensively, as they only sent UCLA to the line 11 times. But this wasn’t enough, as they were unable to catch up and lost by 20 with a score of 48-68.

UCR closed the week by splitting their two games in the Arizona State University classic. The Highlanders defeated University of Las Vegas on Saturday, Dec. 2 by a score of 95-88 thanks to Michelle Curry and Lauren Holt dropping career high in points with 28 and 27 respectively. The Highlanders dropped their second game of the tournament against host school ASU, 48-73.

The Highlanders take the court again at home against CSU Bakersfield on Wednesday, Dec. 6 at 11 am.