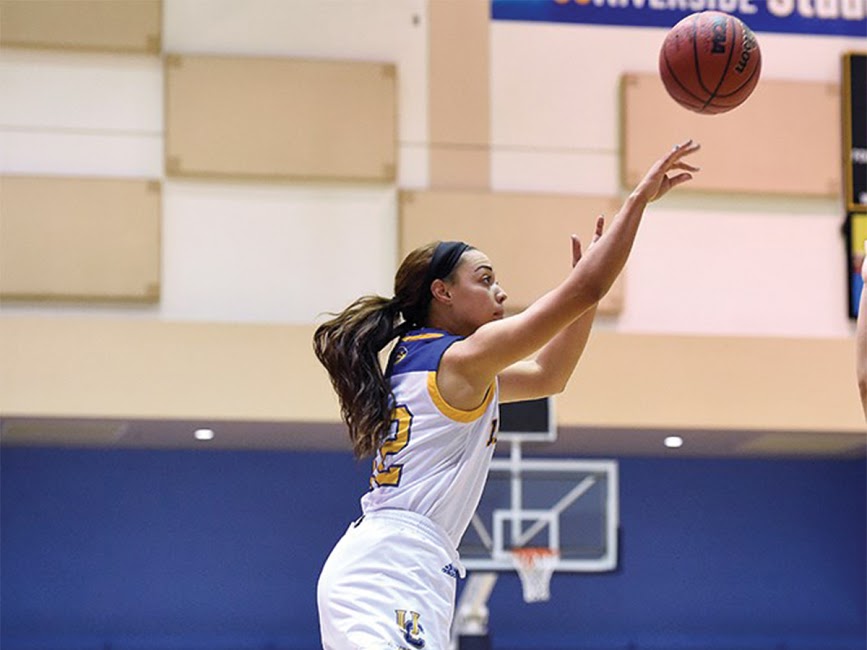 Riverside came out of the locker room firing on all cylinders, starting the game on a 12-2 run. The key to that stretch was the Highlanders’ stingy defense which held the Aggies to 16 percent from the field during that run. However, UCR’s defense shortly faltered as Davis went on a 25-10 run during the final 15 minutes of the first half to take a 29-26 lead into halftime.

Coming out of halftime UC Davis was the team that got out to a fast start. The Aggies went on a 19-5 run at the start of the third quarter to give them their biggest lead of the game, 52-35. The Highlanders were able to keep things close in the fourth quarter by going on separate 8-0 and 7-0 runs to cut Davis’ lead down to five, but were not able to get closer than that.

Senior guard Michelle Curry led all players in scoring with 25 points while also adding seven rebounds and three assists. Redshirt senior guard Lauren Holt was the only other Highlander player who broke double-digits in scoring, with 13.

The Highlanders were able to bounce back and earn a 63-50 victory against Cal State Fullerton (7-10, 2-2) in their home arena on Saturday. Riverside got out to a slow start and were outscored by the Titans 20-13 in the first quarter. A lot of that deficit came after Curry was subbed out midway through the first quarter because of a freak injury where Fullerton’s redshirt junior center Daeja Smith appeared to step on Curry’s face.

Curry and the Highlanders came back with a vengeance in the second quarter, opening the first two defensive possessions with back-to-back steals. UCR’s defense would continue to force turnovers throughout the second quarter which helped them hold Fullerton to only five points. The Highlanders’ offense also picked up that quarter thanks in large part to Holt, who had 13 first half points to help Riverside go into halftime with a 32-25 lead.

The Highlanders were able to outscore the Titans by three in each of the last two quarters to increase their margin of victory to 13. Riverside’s frenetic defense, led by Curry, deserves most, if not all of the credit for the win as they were able to force Fullerton out of their comfort zone. UCR won the turnover battle easily, 22-11, and those extra possessions proved to be the difference as both teams shot under 40 percent, but the Highlanders took nine more attempts.

With the win Riverside moves out of the basement of the Big West standings and into the top five. The Highlanders will attempt to move even higher on Thursday, Jan. 18 against Hawaii (8-9, 1-3) in the SRC Arena at 7 p.m.