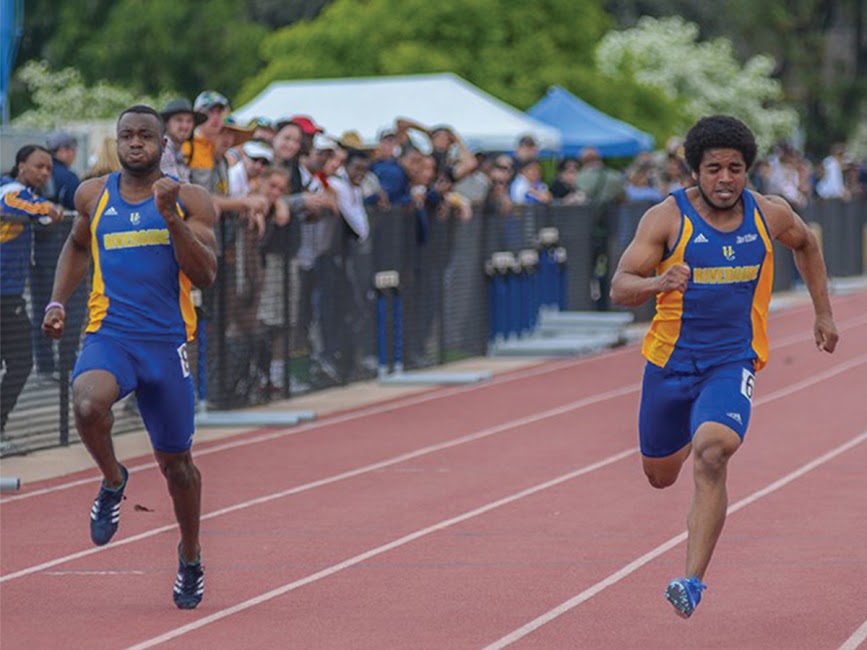 Both of the Highlanders track and field teams started their indoor season at the Lumberjack Team Challenge in Northern Arizona on Friday, Jan. 19.

The men’s side was able to take first place in the Lumberjack Challenge due to some impressive performances from a lot of their team. The Highlanders saw four first-place finishes from their squad, including senior Peter Manu in the 60-meter hurdle event (8.05 s), sophomore Aidan Olvera in the pole vault (4.11 m) and sophomore Lawrence O’Hara in the shot put event (16.57m).

The women’s team also earned a first-place finish from senior Faith Makau in the 800-meter dash with a 2:16:97 time. The Highlanders won fourth place in the 4×400 relay with senior Taylor Brown, freshman Eve Alberico and sophomores Kenady Jackson and Sydney Hunter finishing with a collective time of 3:56.48. The women’s team also received top-five finishes from Jorden O’Neal in the long jump (5.39 m) and Izabel Lopez in the triple jump (10.70 m).

The track and field team will be back in action on Friday, Jan. 26 through the 27th as they take part in the University of Washington Invitational.