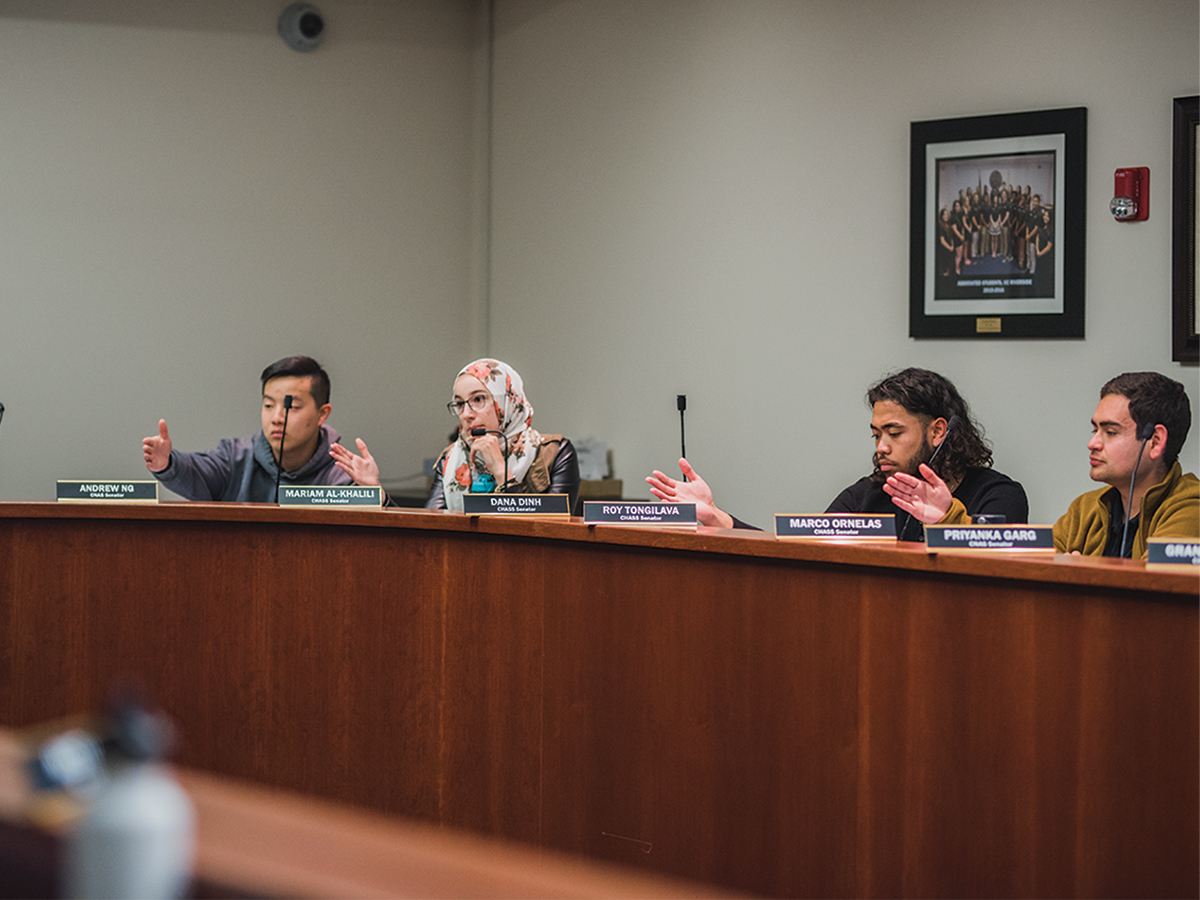 ASUCR held their fourth meeting of winter quarter commencing at 6:30 p.m. on Wednesday, Jan. 31. The meeting primarily covered the approval of the bylaws for the R’Feed Committee, a project headed by CHASS Senator Mariam Alkhalili.

The committee seeks to work with Dining, Hospitality and Retail Services (Dining) and the WELL to recover excess food that would otherwise be thrown away due to health codes. The food will then be repackaged and distributed to students at no cost. This is meant to lessen food waste at UCR and combat UCR’s 62 percent food insecurity rate. Food waste is not only a problem at UCR — according to the California Department of Resources, Recycling and Recovery, Californians dispose of about 5.6 million tons of food each year, representing 16 percent of the material going into landfills.

The food recovery will be conducted in a new student kitchen in HUB 346 which is currently being renovated by The WELL and expected to be completed by the end of spring quarter.

In an interview with Alkhalili, she said that, in the meantime, her primary goal will be to fill the seats on the committee and work with Dining to establish the logistics behind food pickup and redistribution. The committee will consist of 10 members: A chair and vice chair, logistics coordinator, an ASUCR senator and six general members. The deadline to apply is Feb. 11 and can only be done using a ucr.edu email address.

Students who are selected for the committee will receive three separate trainings. The first will be a food handlers training that restaurant workers must undergo. Members will also undergo training that dining hall and retail staff receive as well as a basic needs training. Alkhalili expects the project to begin fall quarter of 2018.

Alkhalili was particularly motivated by an encounter with food waste in the HUB one night during her freshman year. “At LaFiamma … there were two full trays of salad and they just threw it away,” said Alkhalili. “There are people who are unable to purchase meals on campus, who don’t have enough money for food, they’re unsure if they’re going to get a meal.” Alkhalili also cited the high cost of meals in the HUB and on campus. “A full meal is about ten dollars on campus and that’s about 30 dollars on one given day … the same schedules happen about two or three days every week, dropping that amount of money is unreasonable.”

According to the California Retail Food Code, ready-to-eat salad bars cannot be kept out for more than 12 hours in a 24-hour period, mandating that these unused portions be disposed of at or before the end of this 24 hour time window.

Alkhalili explained that other UC campuses have food recovery projects, such as UC Irvine. There is also a national organization called the Food Recovery Network (FRN) that has chapters on four UC campuses. Alkhalili shared that she considered opening a FRN chapter at UCR but discovered that Dining supported launching an entirely new program for UCR students.

Alkhalili stated that she only wants to “get the project on its feet and stable.” She also explained that she does not want to chair the committee, only establish its network. “I don’t want this to start and end with me, I want to see it go forward without me and instill the vision in the committee members,” she said.

Alkhalili is primarily working with Devon Sakamoto, the director of The WELL, and Gustavo Plascencia, the General Manager of Safety, Sustainability & Special Projects for Dining, Hospitality and Retail Services to get the project off the ground.