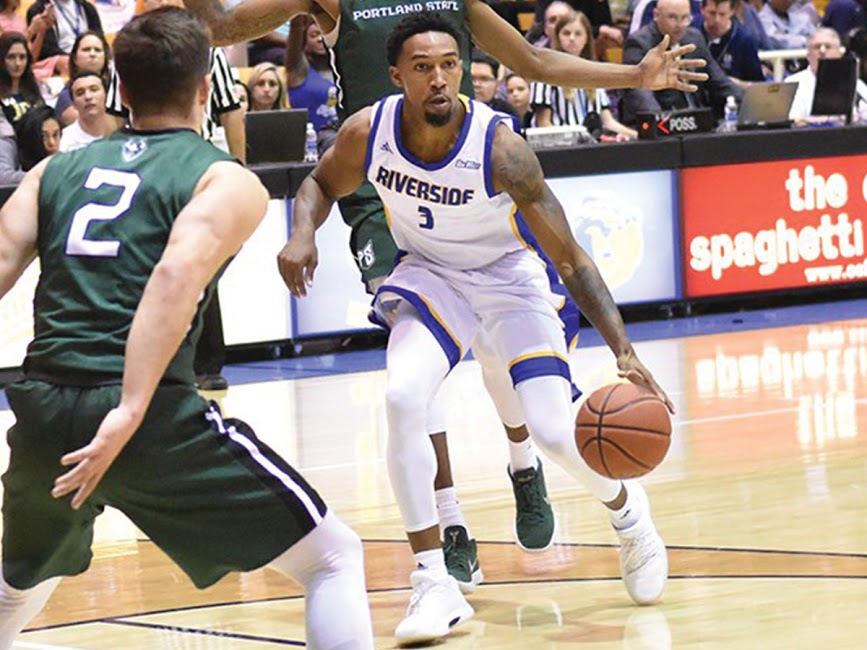 UC Riverside’s men’s basketball team (5-17, 0-8) attempted to get their first conference win of the season at Cal Poly (7-15, 2-6) on Wednesday, Jan. 31, but despite keeping it close throughout its entirety, it ended the same way the team’s previous six conference games have, with UCR on the losing end in a 71-68 thriller.

The Highlanders were able to keep it close thanks to some unlikely contributors. Junior guard Koh Flippin and junior center Idy Diallo, who started in place of injured senior center Alex Larsson, both had career highs of 11 and 17 respectively to give Riverside an unexpected punch.

The Mustangs opened the second half by making a three-pointer to extend their lead to a game-high seven points. UCR was still able to stay in the game due to timely shooting, including a stretch with under nine minutes to go in the second half where they made three three-pointers on three consecutive possessions. Two of the three came from redshirt sophomore guard DJ Sylvester, who finished with 11 points on only six attempts, the third was knocked down by Flippin. The quick onslaught of threes gave the Highlanders a three-point lead, 61-58.

With five minutes remaining in the game and the score tied at 65, Diallo made 3 of 4 free throws in back-to-back possessions to give Riverside a three-point lead. A pair of free throws from the Mustangs then cut the Highlanders’ lead to one with just under a minute left to play. The Highlanders failed to convert on the offensive end which gave Cal Poly one last chance to steal the game. Mustangs’ junior guard Donovan Fields hit a game-winning jump shot with 12 seconds left on the clock to extend UCR’s losing streak to 10 games and seven straight in conference play.

A look at the numbers suggests the Highlanders lost this game because of their inability to keep the Mustangs off of the charity stripe. Cal Poly made 20 out of 27 free throws compared to just 7 of 11 for Riverside. Not only did UCR shoot a worse percentage from the line (64 percent compared to 74) but they also shot it at a much lower volume. This is disappointing considering UCR actually played great defense, holding Poly to 38 percent from the field, and their offense was also in a rhythm, as they shot 48 percent from the field. It hasn’t been too often that UCR has had both their offense and defense firing on all cylinders this season, so this game was a squandered opportunity for Interim Head Coach Justin Bell and his team to earn their first conference victory.

Riverside will travel to Hawai’i (13-7, 4-3) on Wednesday, Feb. 7 to take on the Rainbow Warriors and attempt to break this 10-game losing streak. UCR split last years season series with Hawaii 1-1.